SEOUL, July 8 (Yonhap) -- Prime Minister Lee Nak-yon on Monday instructed government agencies in charge of defense against terrorism to do their utmost to ensure "perfect safety" for the FINA World Championships Gwangju 2019 set to open in the southwestern metropolitan city this week.

Lee gave the instructions while presiding over the ninth meeting of the National Counter-Terrorism Center at the Seoul Government Complex.

The first FINA (the French abbreviation of the International Swimming Federation) championships to be hosted by South Korea will kick off on Friday in Gwangju, about 330 kilometers south of Seoul, and Yeosu and continue through July 28. More than 2,600 athletes from 194 countries will compete at the biennial championships.

The prime minister also urged concerted government efforts against terrorism on the occasion of South Korea's special summit with the Association of Southeast Asian Nations (ASEAN) slated for Nov. 25 in Busan. 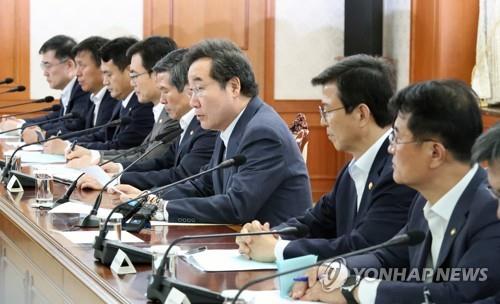 "Four days later, the world aquatics championships will open in Gwangju, while Busan will host a special summit with ASEAN in November. Relevant agencies should do their best to ensure perfect safety for both events," Lee said.

"Terrorist movements that threaten security are still underway across the world. Indeed, a South Korean national has been caught attempting to join the ISIS," Lee said, referring to the Islamic terrorist organization.

He then noted that a South Korean worker who was kidnapped in Libya last July was safely rescued in May this year after 315 days in captivity, thanks to the government's constant efforts and international cooperation.

Meanwhile, the government announced additional transportation measures for athletes and other participants in the Gwangju FINA Championships. 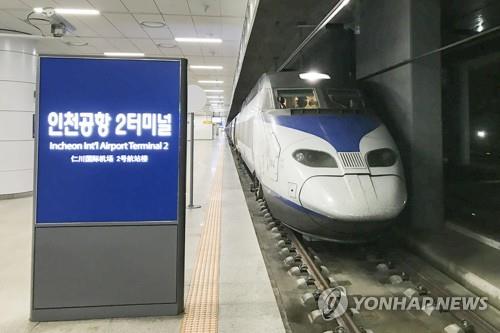 During the 20-day period, KTX trains bound for Gwangju's Songjeong Station will depart from the Incheon airport four times a day, while KTX services from Gwangju to Incheon will run three times a day.

In a related move, the city of Gwangju said it will provide free public transportation rides to all ticket holders for the opening and closing ceremonies of the 2019 FINA championships on July 12 and 28.

In addition, holders of accreditation cards issued by the organizing committees of the FINA World Championships Gwangju 2019 and the 2019 FINA World Masters Championships can use the subway, city buses and other public transportation services in Gwangju and four neighboring cities and counties free of charge from July 12 to Aug. 18.