WASHINGTON, July 8 (Yonhap) -- A U.S. State Department spokesperson said Monday that there are no plans for a meeting between U.S. and North Korean officials in Europe this week as far as she is aware.

U.S. Special Representative for North Korea Stephen Biegun is scheduled to be in Belgium and Germany for meetings with his South Korean counterpart, Lee Do-hoon, and European officials.

The trip raised the possibility of U.S. and North Korean officials meeting in Europe following last week's agreement between President Donald Trump and North Korean leader Kim Jong-un to resume negotiations on the denuclearization of the regime.

"There are no plans to meet with the North Koreans that I am aware of," the spokesperson told Yonhap News Agency on background. 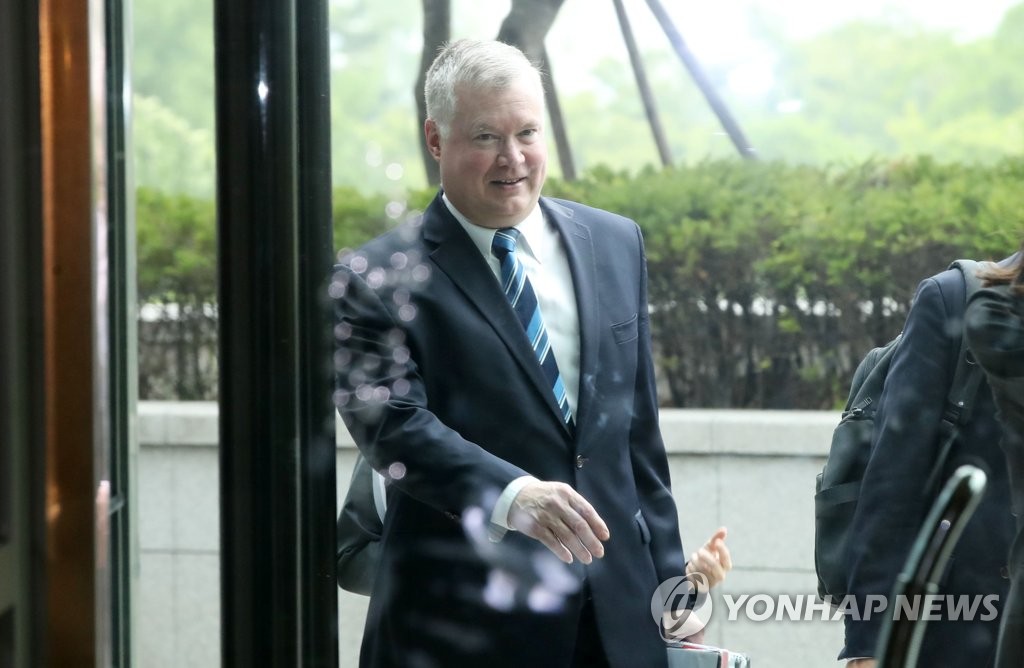 Trump and Kim held an impromptu meeting at the inter-Korean border on June 30 and agreed to revive working-level talks that had stalled since the collapse of their second summit in Vietnam in February.

U.S. Secretary of State Mike Pompeo later said he expected the talks to resume in mid-July.

The Hanoi summit ended without a deal due to differences over the scope of North Korea's denuclearization and sanctions relief from the U.S.

North Korea has reportedly appointed its former ambassador to Vietnam, Kim Myong-gil, to be the new lead negotiator after punishing Kim Hyok-chol for the lack of an agreement in Hanoi.

The U.S. and North Korea have often held talks in a third country, including in European nations such as Sweden.

The State Department said earlier that Biegun's meetings in Europe will aim to "advance our shared efforts to achieve the final, fully verified denuclearization of North Korea."

U.S. spokesperson unaware of plans for meeting with N. Koreans in Europe

U.S. spokesperson unaware of plans for meeting with N. Koreans in Europe