The development is causing a sharp increase in people waiting to get a transplant and a drop in people offering to donate their organs, which is making it harder for people to receive treatment on time, according to the Korea Centers for Disease Control and Prevention (KCDC).

To address the mismatch in the number of donors and recipients, there is a need to adopt a so-called opt-out system in regards to donations, according to experts. The system views people who have not made clear their intent not to donate their organs as having "implicitly" agreed to do so.

This practice is employed in many European countries, while in South Korea an "opt-in" system is adopted so that the harvesting of organs is only possible with prior consent.

In addition, due to traditional taboos, objections from relatives have made it hard to harvest organs. Data showed that in 2018, only 35 percent of relatives agreed to a transplant down from 52 percent in 2014. 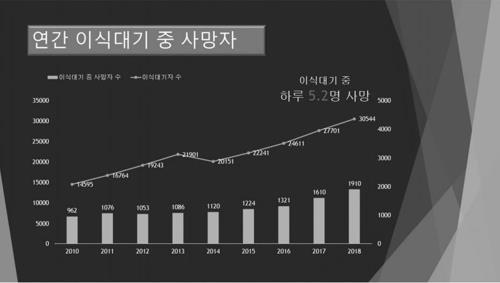