WASHINGTON, July 9 (Yonhap) -- The latest encounter between U.S. President Donald Trump and North Korean leader Kim Jong-un at the inter-Korean border was a meeting, not a summit or a negotiation, the State Department said Tuesday.

The impromptu meeting in the Demilitarized Zone on June 30 had raised questions about whether it was a summit akin to the previous encounters in Singapore in June 2018 and in Vietnam in February this year.

"It wasn't a summit, it wasn't a negotiation; it was a meeting of two leaders," department spokeswoman Morgan Ortagus said during a press briefing.

The meeting produced an agreement to resume negotiations on the dismantlement of North Korea's nuclear weapons program following the breakdown of talks at the second summit in Hanoi.

The U.S. has said that a third summit could happen if there is progress in the working-level talks, with the latter expected in mid-July. 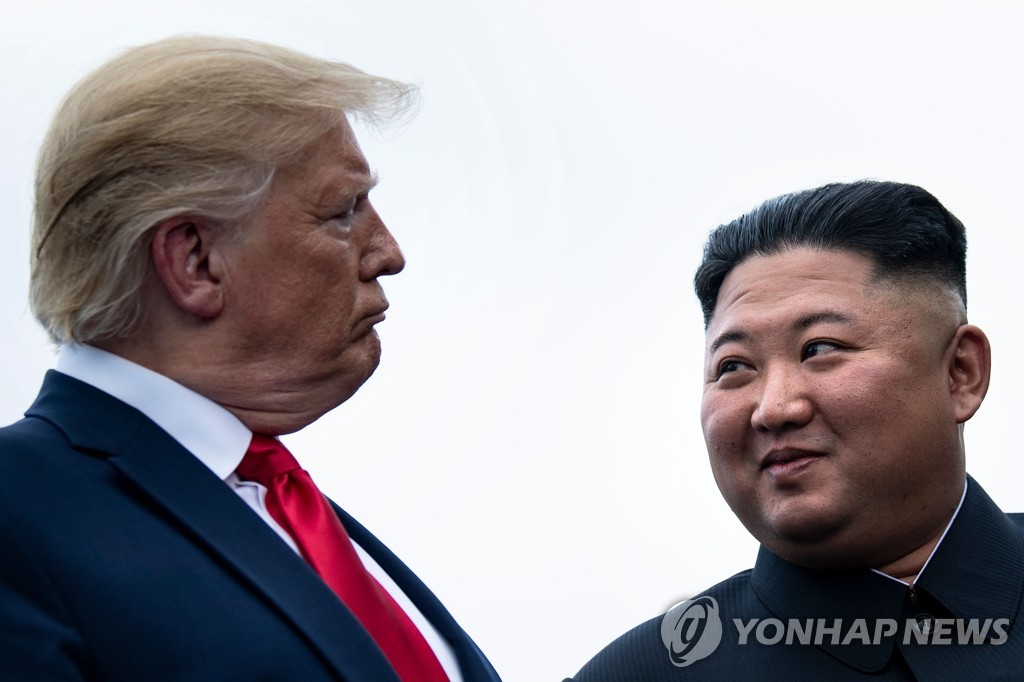 U.S. says Trump and Kim had meeting, not summit, in DMZ

U.S. says Trump and Kim had meeting, not summit, in DMZ