GWANGJU, South Korea, July 10 (Yonhap) -- Actor Kang Ji-hwan has been arrested without a warrant on suspicion of sexually assaulting a woman and molesting another, both employees of his agency, police said Wednesday.

The Gwangju Police Station took the 41-year-old actor into custody at his residence in the city of Gwangju, just south of Seoul, around 10:50 p.m. Tuesday.

Kang was suspected of sexually abusing the women while they were sleeping in a room of his house following a drinking session with them. The three of them were drinking at the house after holding a party with other members of the agency at an unspecified place.

His arrest in connection with the sexual abuse case came after the police received a tipoff at around 9:41 p.m. the same day from a friend of one of the women, who was in Seoul and got a text message from her saying that she had a drink at Kang's house and was locked up there.

Police officers arrived at the house and put Kang into custody after separating Kang from the two women and obtaining testimonies from the two.

During an interrogation with investigators, Kang was quoted as saying, "I can remember that I had a drink with them, but I have no memory afterwards. I woke up to find myself in the same room where they were sleeping."

The police will further question him over the alleged misconduct later Wednesday.

Huayi Brothers Entertainment Co., Kang's agency and the producer of the drama, issued a statement later in the day, apologizing over the actor's alleged sexual misconduct and vowing to have him cooperate with police in the investigation.

"We take full responsibility for not thoroughly managing our actors and for the seriousness of the incident," the company said, adding Kang will cancel all of his scheduled activities.

TV Chosun said it will cancel the drama's installments for this week and is in talks with Huayi Brothers to discuss whether to continue the drama.

Kang, whose birth name is Jo Tae-gyu, began his career in musical theatre in 2001 and has since starred in television dramas, such as "Be Strong, Geum-soon!," "Capital Scandal" and "Hong Gil-dong," as well as the films "Rough Cut " and "My Girlfriend Is an Agent." 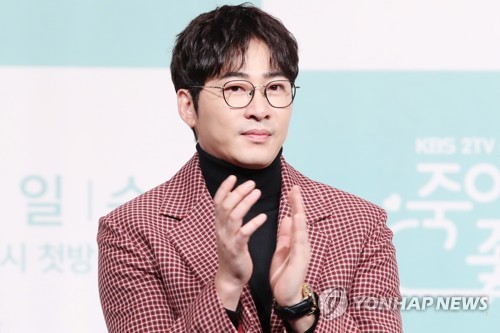