As the first South Korean pitcher to start the Midsummer Classic, Ryu, representing the National League (NL), gave up a hit but held the American League (AL) off the board in his lone inning of work at Progressive Field in Cleveland. 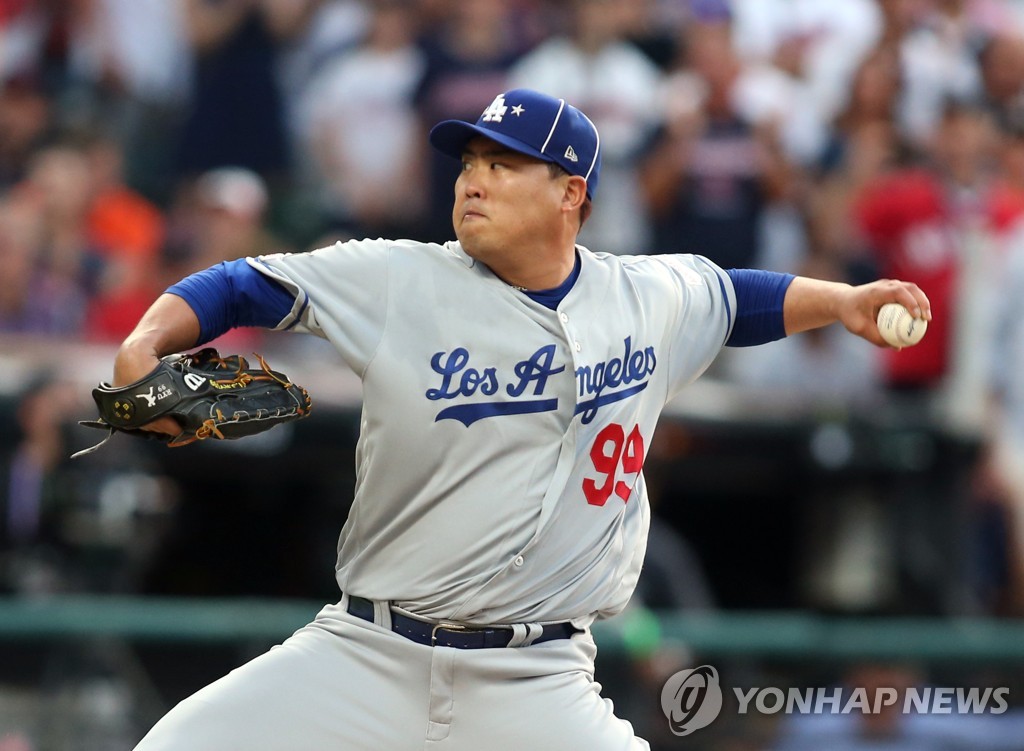 George Springer of the Houston Astros chopped a single up the middle to lead off the bottom of the first inning for the AL, but Ryu got DJ LeMahieu of the New York Yankees to hit a soft grounder toward the mound. Ryu fielded the ball and threw out LeMahieu, as Springer moved to second on the play.

Up next was Mike Trout of the Los Angeles Angels, widely considered the best player in baseball, who'd gone 0-for-10 with four strikeouts in his career against Ryu.

Trout smoked a hard one-hopper right at second baseman Ketel Marte, who kept the ball in front of him and threw out Trout.

With Springer now at third base, Carlos Santana of the Cleveland Indians came up with a chance to drive in the AL's first run and make his Cleveland fans happy. But Ryu had other ideas, as he got Santana to ground out to shortstop on a 2-1 cutter.

Ryu entered the All-Star break with the major league-best 1.73 ERA. He's tied for the NL lead with 10 wins.

The AL scored the first run of the game off Kershaw in the second inning and hung on for a 4-3 win in a brisk affair that took two hours and 48 minutes. The AL has now won seven straight All-Star Games.

Eight pitchers followed Ryu, and Kershaw was charged with the loss. Masahiro Tanaka, the second AL pitcher after Justin Verlander, was credited with the win. 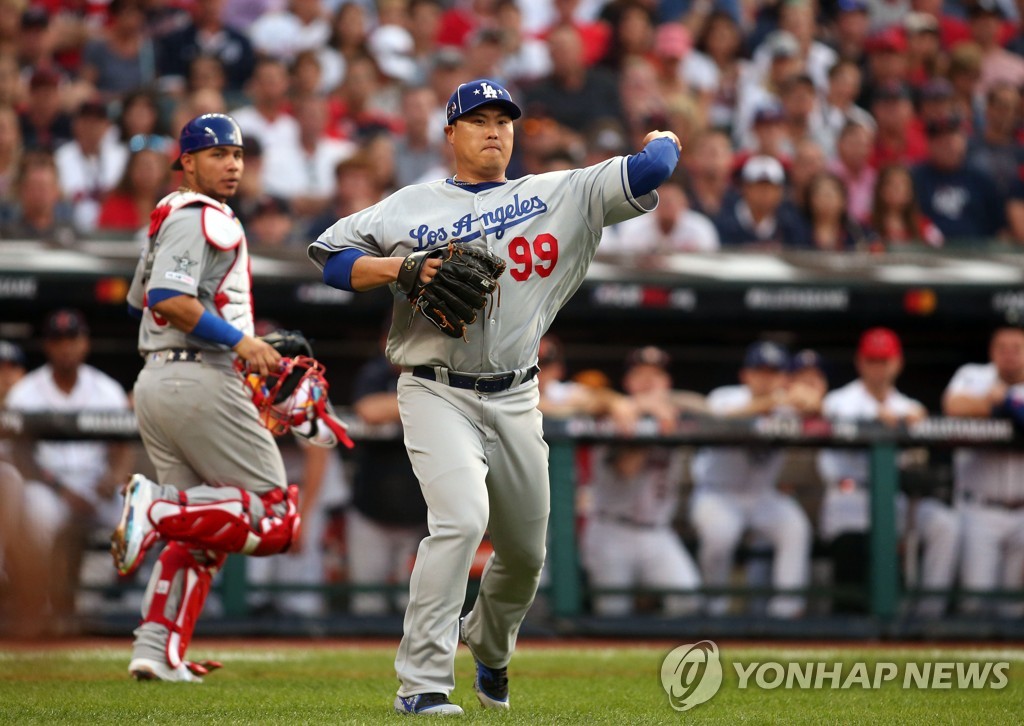