SEOUL, July 11 (Yonhap) -- The world's first commercial 5G services are expanding their presence in South Korea, with the number of users of the faster mobile networks rising at an eye-popping pace since their launch in April. But local carriers face the daunting task of improving service quality to meet the high expectations of their customers, according to industry officials Thursday.

In terms of the number of 5G users, South Korea has been the clear leader as local operators succeeded in attracting tech-savvy customers with aggressive marketing for new smartphones. 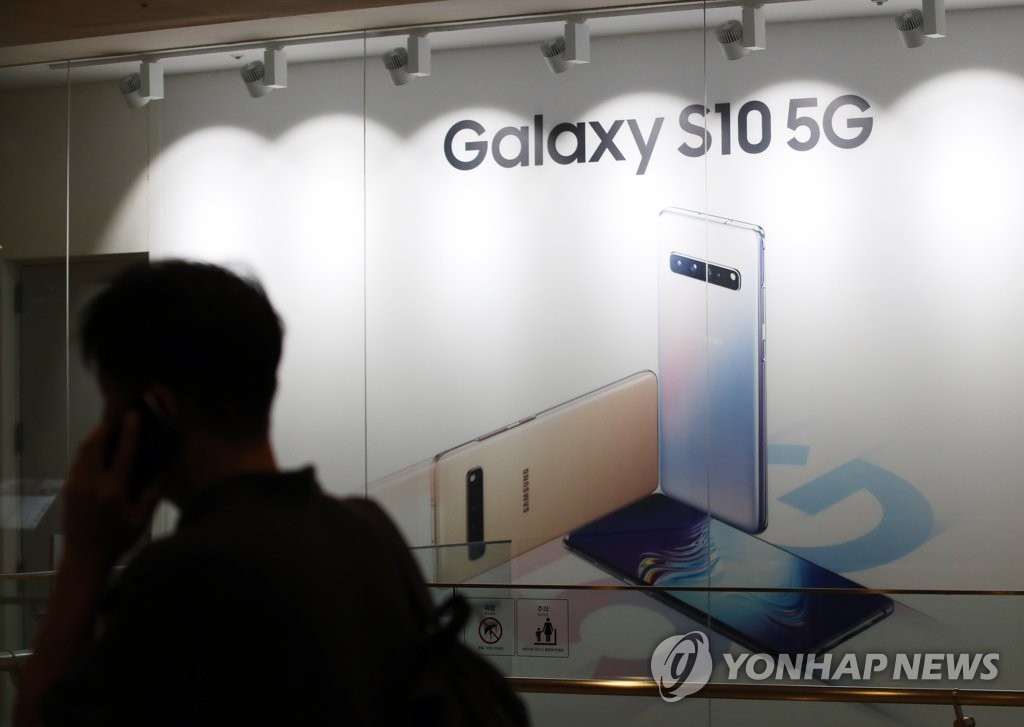 According to the Global System for Mobile Communications (GSMA), South Korea was estimated to have 1.6 million 5G subscribers at the end of June, accounting for an overwhelming 77.6 percent of the global total at 2.13 million.

The figure far surpassed Britain's 150,000 and the U.S. with 100,000 as of the end of June, the trade body for the global mobile operators estimated.

Behind the fast rise in 5G subscribers in Asia's fourth-largest economy was an aggressive marketing ploy by local carriers, which handed out large subsidies for the purchases of 5G smartphones, including Samsung's Galaxy S10 and LG's V50 ThinQ, and other promotional events for the premium services, industry watchers said.

"There was cutthroat competition among telecom operators in the early stage of the 5G service launch to raise their stakes," an official from a local carrier said. "As the 5G race is not a sprint, telecom operators will have to develop various content and improve service quality to win customers in the long term."

Although the mobile carriers encouraged customers to shift from 4G to 5G to enjoy faster speeds and differentiated content, they have come under criticism for failing to meet customer expectations due to a lack of nationwide coverage.

A total of 62,641 5G base stations have been installed as of June 21, which is only 7 percent of the number of 4G stations across the nation, according to data compiled by the Ministry of Science and ICT. Most of the stations were concentrated in the Seoul metropolitan area, leaving users in other areas feeling half-hearted about the services.

"Although 100 days have passed since the commercial launch of 5G, many subscribers outside of the Seoul metropolitan area have been left out from the services," Rep. Yoon Sang-jik of the main opposition Liberty Korea Party said. "The government and mobile network operators should put concerted efforts to expand 5G coverage across the nation." 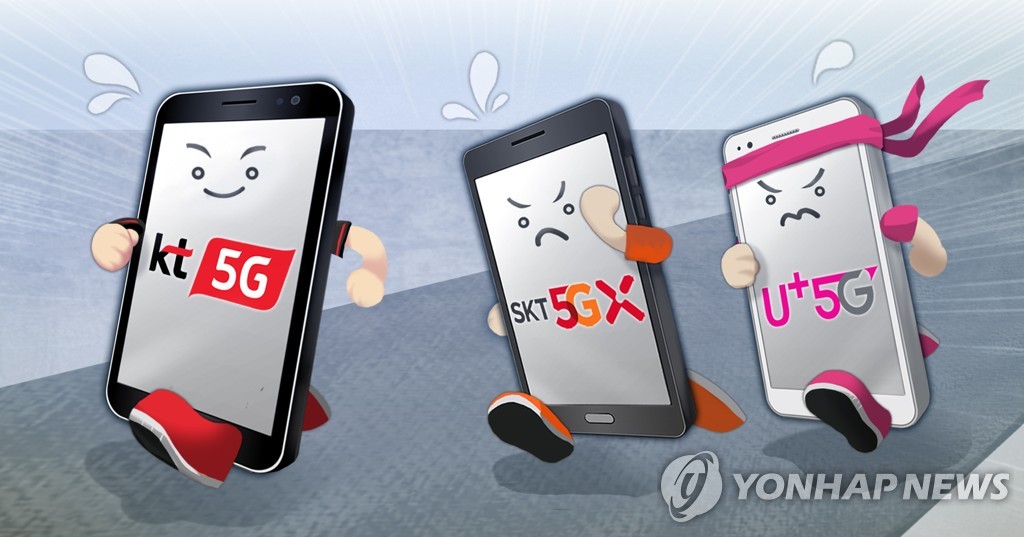 In the business-to-business sector, the mobile carrier last month signed a memorandum of understanding with Samsung Electronics and Cisco to expand its 5G smart office business in the latter half of this year.

KT has been expanding investment in the cloud business to combine with its 5G network for convergence services, including smart cities, smart factories and connected cars, for enterprise clients. It set a goal of raising 1 trillion won of revenue from the cloud business by 2023.

No. 3 carrier LG Uplus has introduced various VR and AR content of K-pop stars and entertainers to appeal to young customers who crave celebrities.

Cloud gaming promises to make it easier for consumers to play online games via real-time streaming from data centers, sidestepping the need to buy expensive PCs or download games.

Industry watchers said a successful transition from 4G and 5G will lie in how to create a stable stream of revenue not only from 5G smartphones but also a broad range of other industrial areas.

"In the era of Internet of Things, demand for AR/VR as well as smart factories and self-driving cars will continue to rise, and 5G is expected to become a key infrastructure for the change," Kim Jang-won, an analyst at IBK Securities, said. "Mobile carriers will have to enhance the service quality and broaden their scope to recoup their massive investment in 5G infrastructure."