WASHINGTON/SEOUL, July 11 (Yonhap) -- A top South Korean presidential official arrived in Washington on Wednesday to meet with U.S. officials over an escalating trade row with Japan as well as nuclear talks with North Korea.

Kim Hyun-chong, deputy chief of the presidential National Security Office, made an unannounced visit to the U.S. capital as tensions between Seoul and Tokyo have spiked following Japan's new export curbs against South Korea.

Speaking to reporters at Dulles International Airport, Kim said he had "many issues" to discuss with officials at the White House and Congress.

Asked if he plans to seek U.S. mediation to resolve the trade spat between its two Asian allies, Kim said, "That issue will be discussed, too. Certainly."

With the U.S. and North Korea expected to resume denuclearization negotiations in the coming days, the official said the matter will be discussed in meetings with his White House counterparts.

An official at the presidential office Cheong Wa Dae on Thursday reaffirmed that Kim's visit is aimed at discussing pending issues, including Japan's export curbs on the South.

When asked about the possibility of sending a special envoy to Japan, the official said, "There is nothing we can confirm now."

As for the creation of a joint emergency response system with the private sector, the official said that, if established, it will be operated through cooperation between CEOs, the finance minister and the presidential chief of staff for policy.

Also arriving in Washington Wednesday, Kim Hee-sang, director-general for bilateral economic affairs at Seoul's foreign ministry, said he will explain the unfairness of Japan's action in meetings with U.S. officials.

The two had been scheduled to meet to prepare for high-level economic consultations between Seoul and Washington slated for late this year. 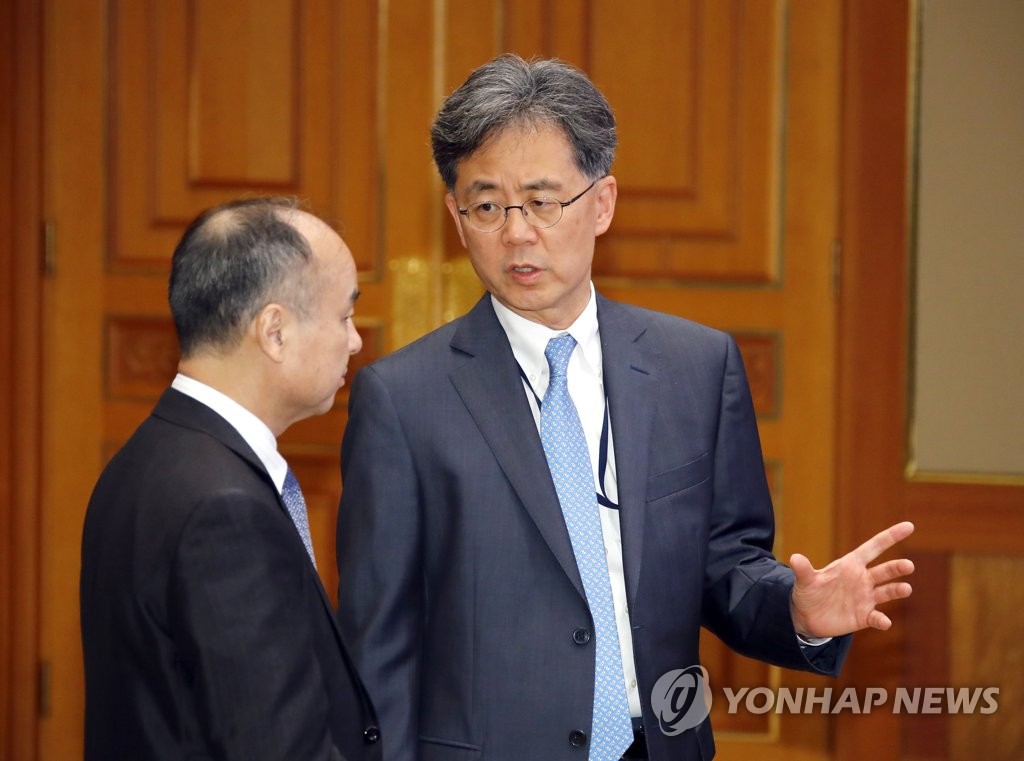