The revelation came in an apparent bid to counter the suspicion raised by Japan that hydrogen fluoride shipped to South Korea from Tokyo was funneled to North Korea in violation of U.N. sanctions. The material can be used to produce chemical weapons.

A lyophilizer and a tank lorry were also illegally exported to North Korea in 2002 and 2008, respectively, it said.

The data cited by Ha could not be independently verified.

Japan's BS Fuji TV raised further questions about South Korea's management of strategic items on Wednesday, citing data from the Korean government over smuggled cases of such items over the past four years.

But the data actually listed cases in which the Korean authorities took administrative action against exporters who were caught illegally shipping strategic items. 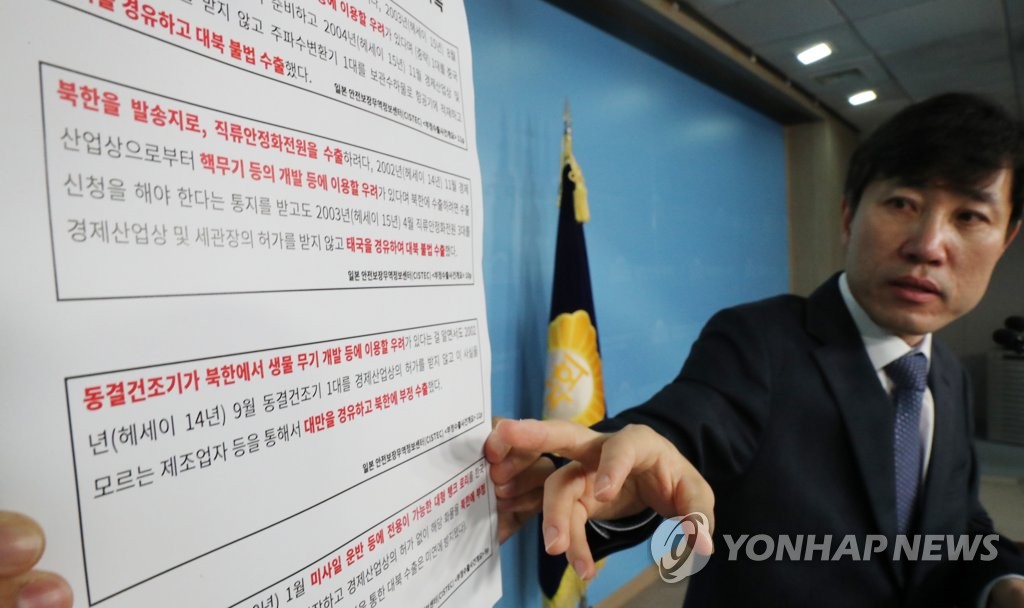