The Venue went on sale in the domestic market on Thursday.

"The Venue's target customers are single-member households, which are rapidly growing. The ratio of single-person households out of the country's overall households jumped to 29 percent last year from 16 percent in 2000," Hyundai Motor Executive Vice President Lee Kwang-guk said in a press briefing held in Yongin, just southeast of Seoul.

Single-member households are expected to account for 36 percent of the total by 2030, Hyundai said.

Hyundai aims to sell about 15,000 Venues per year down the road.

The maker of the Sonata sedan and the Nexo hydrogen fuel-cell electric car launched the Venue in India last month ahead of the debut on its home turf. It unveiled the entry model at the New York International Auto Show in April.

The Venue, which comes with a 1.6-liter gasoline engine, is priced at 15 million won to 21 million won (US$13,000-$18,000). It has a fuel efficiency of about 14 kilometers per liter. Its safety features include forward collision-avoidance assist, driver attention warning and lane-keeping assist, the company said in a statement.

Carmakers have been vying for a bigger share of global SUV markets amid rising demand for recreational vehicles. Hyundai has also strengthened its SUV lineup by adding competitive new models, as represented by the Palisade. 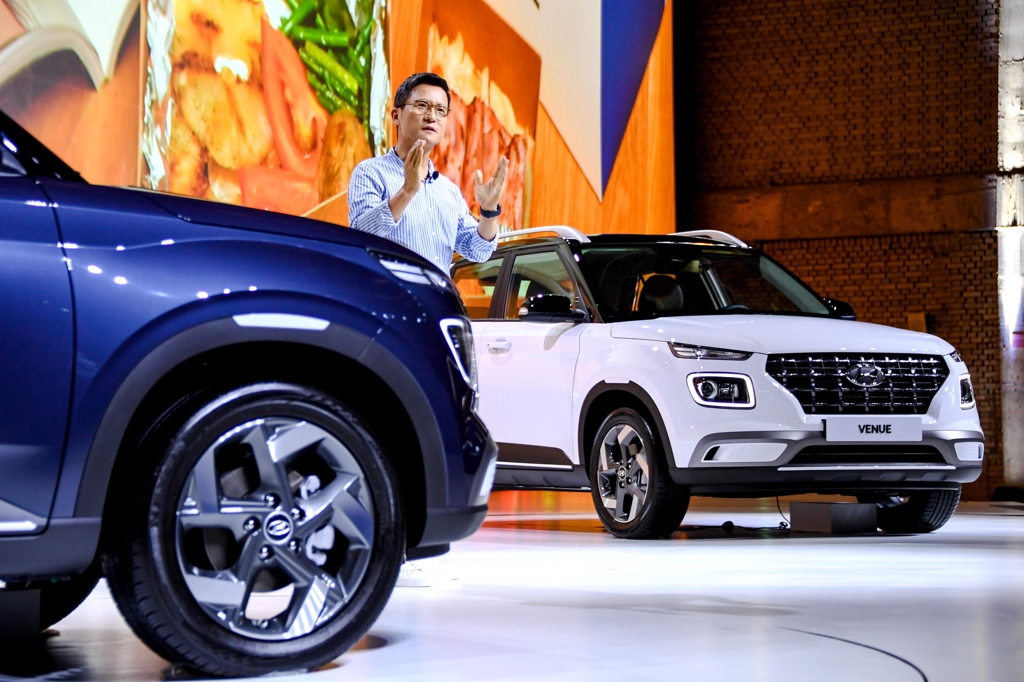