SEOUL, July 11 (Yonhap) -- The defense ministry on Thursday voiced strong opposition to an alleged push by the U.S.-led United Nations Command (UNC) to include Japan as an official member, saying that, according to U.N. Security Council resolutions, Tokyo is not entitled to such status.

According to sources, the UNC is seeking to include Japan as one of the UNC's "sending states," a move likely to inflame public sentiment in South Korea amid renewed historical tensions with Tokyo.

Should Japan obtain the membership, it would pave the way for its military involvement in the event of an armed conflict on the Korean peninsula -- a scenario unthinkable for many Koreans who harbor grievances stemming from Japan's 1910-45 colonial rule.

Except for South Korea and the United States, the UNC currently has 16 sending states that are to provide combat troops, equipment and other forms of support in case of a contingency on the peninsula.

The sending states include Australia, Belgium, Canada, Denmark, France, Italy and New Zealand. They have posted contingents at the UNC to support its operations centering on the observance and enforcement of the armistice that halted the 1950-53 Korean War.

"Japan did not participate in the Korean War, so it cannot serve a role as a sending state," Col. Roh Jae-cheon, the deputy ministry spokesman told a regular briefing, citing U.N. Resolutions 83 and 84.

Stressing that South Korea has neither discussed Japan's participation with the U.S. nor reviewed the case, Roh added he understands that the U.S. side is of a similar opinion. 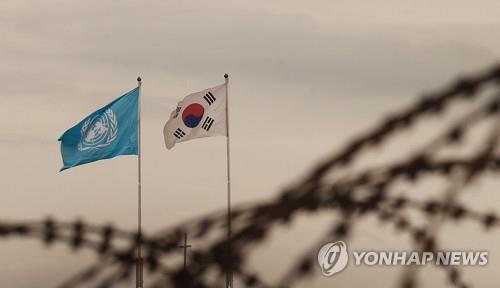 Later in the day, the UNC denied the allegation, saying in a press release it "has not offered, nor has Japan requested Sending State designation."

Stressing that there is "no plan to make UNC an operational command," the entity pledged "a stable transition to a new combined defense system" following the planned transfer of wartime operational control of South Korean troops from Washington to Seoul.

"UNC strives to work transparently and effectively with our participating member states and the Republic of Korea," Gen. Robert Abrams, UNC commander, said.

Japan is already home to a number of UNC rear bases that would be mobilized in the event of a crisis in Korea, and any possibility of Tokyo's military involvement on the peninsula could exacerbate strained relations with Seoul.

"I know that the UNC is working at seeing if other nations are interested in joining, but it is also in the works. Nothing has been confirmed," a UNC official told Yonhap News Agency over the phone.

Speaking of the U.S.' references to Japan's role within the UNC in a recently issued annual publication, the Seoul ministry said there seems to have been a "mistranslation" of the English text into Korean.

Since 2014, the UNC has been pushing for the revitalization campaign to ostensibly deepen its commitment to "maintaining stability and peace in Korea by employing multinational forces of the sending states," it has said.

As part of the campaign, the UNC has strengthened its staff by securing more contributions from member states and having senior officials exclusively dedicated to their UNC roles rather than taking other responsibilities.

The campaign has been picking up pace amid the intensifying Sino-U.S. rivalry, talks for Washington's envisioned transfer of wartime operational control to Seoul and efforts for a lasting peace regime on the peninsula that could render the UNC obsolete.

Analysts said that the initiative appears aimed at ensuring the UNC's readiness for military contingencies, enhancing America's influence over the peninsula or preserving the U.S-led regional security order challenged by an assertive China. 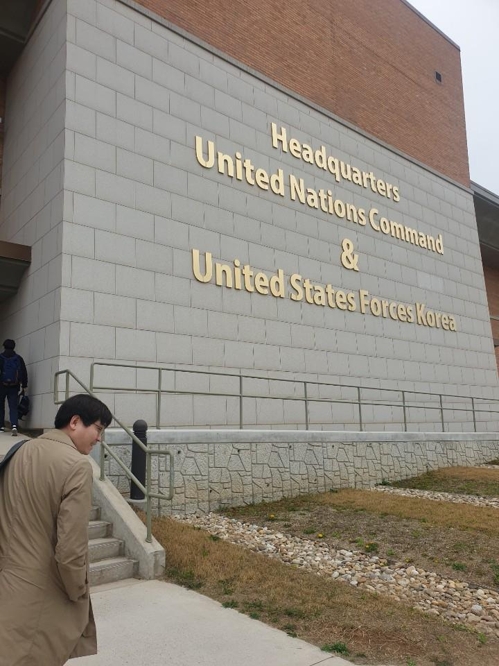