WASHINGTON, July 11 (Yonhap) -- South Korea and the United States are waiting to hear from North Korea regarding the expected resumption of negotiations over the regime's nuclear weapons program, a top South Korean presidential official said Thursday.

U.S. President Donald Trump and North Korean leader Kim Jong-un agreed at their impromptu meeting at the inter-Korean border on June 30 to recommence the talks within several weeks.

No date or venue has been announced yet.

"I can't say for certain whether they will be held next week or the week after," Kim Hyun-chong, deputy chief of Cheong Wa Dae's National Security Office, told reporters while visiting Washington. "We're still waiting for a response, so I think we'll have to wait and see."

The U.S. has said it expects to hold negotiations in the middle of this month.

Stephen Biegun, the U.S. point man on the North, held talks with his South Korean counterpart, Lee Do-hoon, in Berlin on Thursday and agreed to continue diplomatic efforts for the early resumption of working-level talks with the North, according to Seoul's foreign ministry.

The two also discussed ways to cooperate to ensure the talks produce substantive progress toward the allies' shared goal of complete denuclearization of the Korean Peninsula and a permanent peace regime, it said.

Kim said he expects the North Korea issue to be raised during his meeting Friday with Deputy National Security Adviser Charles Kupperman.

"I'm planning to listen to what the U.S. is thinking in terms of the agenda for the working-level talks and the end state (of the negotiations)," he said. 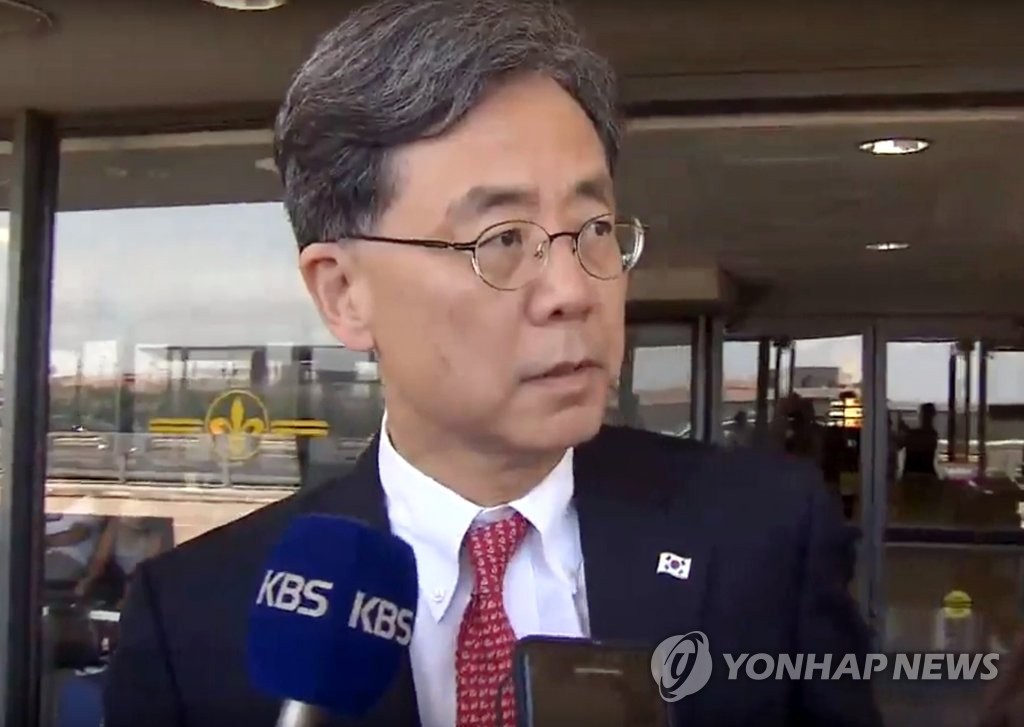