SEOUL, July 12 (Yonhap) -- South Korea faces the task of overhauling the decision-making scheme to set the minimum wage as repeated tensions between labor and business have raised the need to improve the negotiation-based system, experts say.

The main challenge will be how to operate the government's proposed two-layer scheme to set the minimum wage and whether it would be possible to differentially apply the minimum wage depending on sectors, they noted.

The Minimum Wage Commission, involving labor and business representatives and experts, set the minimum wage at 8,590 won (US$7.32) per hour for next year on Friday, up 2.9 percent from this year.

This year's negotiations proceeded amid sharp confrontations between the labor and business sectors, as how much the panel would slow the pace of hikes became a focal point.

The labor and business sectors repeated boycotts of wage negotiations this year as they did previously.

Since the country implemented the current minimum wage-setting scheme in 1988, there have been only seven occasions in which the hourly pay was decided via consensus, not a vote. 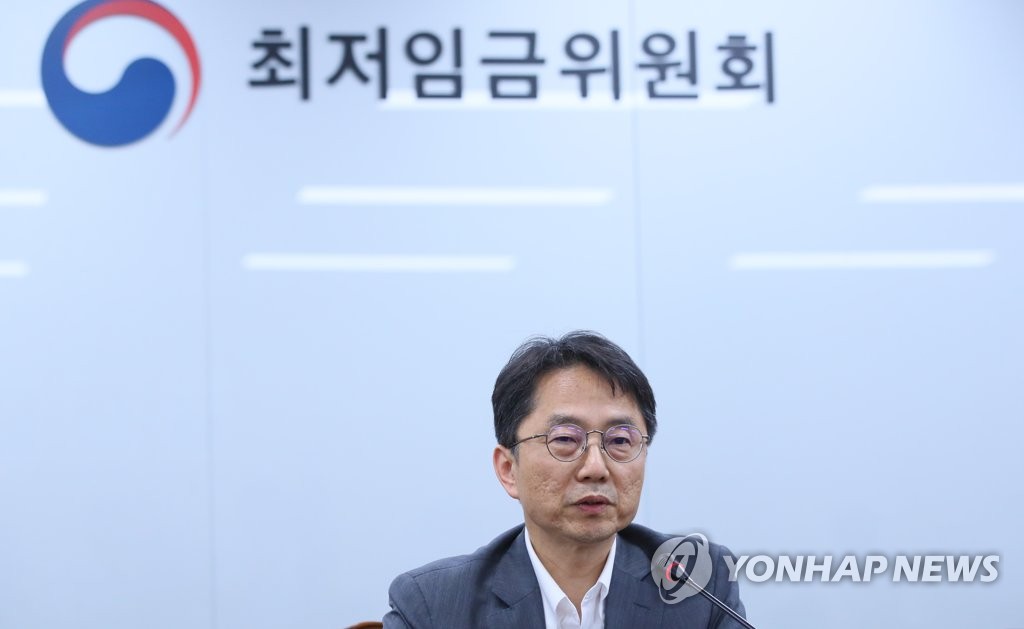 "I cannot help expressing deep regret that there are people who take democratic procedures too lightly," Park Joon-shik, head of the wage council, said of business representatives' boycott of a meeting on July 2.

In January, the government unveiled a proposal to modify the decision-making process for setting the minimum wage in an apparent move to assuage criticism about its steep increases.

Under the plan, the wage council will have two subcommittees tasked with setting the legal upper and lower thresholds and deciding on the actual rate, respectively.

A group of experts is expected to set the range, and later, the labor and business sectors will set an actual wage level within the range.

The move is aimed at expanding the role of experts in setting the wage, thereby reducing sources of tensions between labor and business.

But controversy still lingers over whether the proposal could guarantee fairness in setting the wage. A relevant bill is still pending at the National Assembly amid partisan tensions.

"Personally, I don't buy the proposal. But it seems to be the best alternative plan for now, given the current negotiation-based scheme between labor and business," Kwon Hyuk, a professor at Pusan National University Law School, said.

The wage panel also decided to consider establishing a subcommittee to discuss ways to improve the minimum wage-setting system.

The business sector has demanded that the minimum wage be applied differently, depending on industries.

It said the hourly pay should be set at a lower level for sectors vulnerable to mounting labor costs, such as wholesale and retail businesses, food services and lodging providers.

But the labor community vehemently opposes the idea, saying that the move is against the spirit of the minimum wage scheme designed to protect low-paid workers.

A proposal to differentiate the hourly pay was voted down last month at the wage council's deliberations, inviting strong protests from the business sector.

Park, the commission head, said Friday that he is well aware of public concerns about the decision-making process.

"We are considering pushing for setting up a separate subcommittee to review and improve the minimum wage-setting system," he said in a press briefing on Friday. 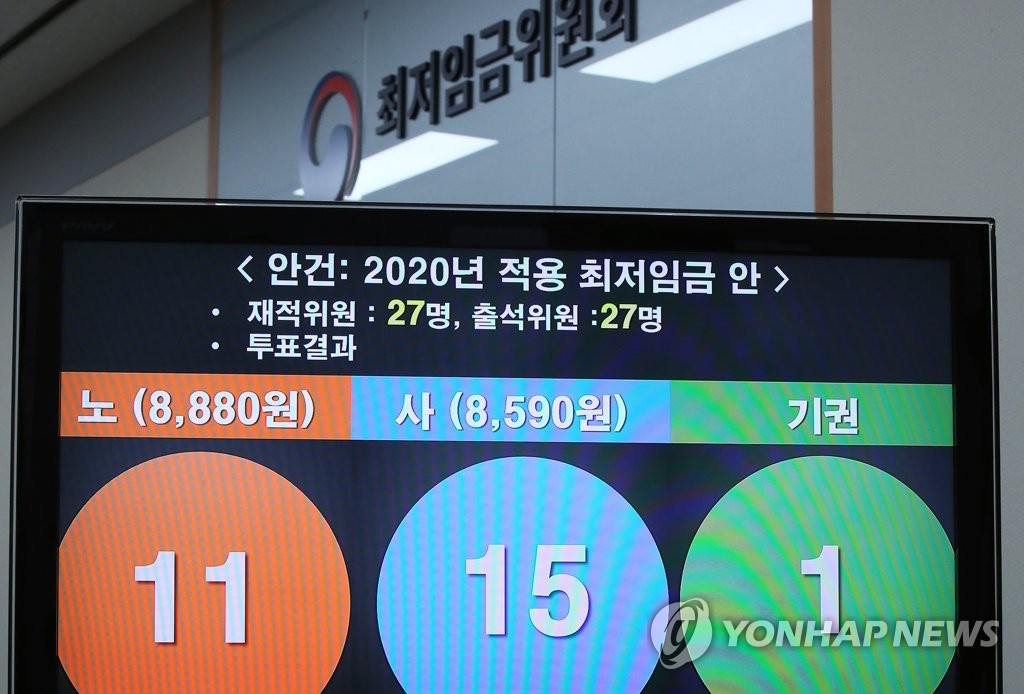