SEOUL, July 12 (Yonhap) -- Kim Sang-jin has spent a career steeped in making Walt Disney animations, but the South Korean animator revealed he has now realized a long-cherished wish by working for the first time in homegrown animation.

"I've long wanted to work with Korean animators, and this film gave me the opportunity," he said in a group interview with Yonhap News Agency and other local media to promote his new project "Red Shoes" on Thursday. "I was in the Korean animation industry for only three years in the beginning of my career. It was short."

Kim, better known as Jin Kim, had worked with Disney for about 20 years since 1995 as an animator and character designer, although he majored in economics at a university in Seoul. He gained international fame after designing Rapunzel in "Tangled" (2010) and young Elsa in "Frozen" (2013). After leaving Disney in 2016, he chose "Red Shoes," directed by Hong Sung-ho, for his debut project in South Korea. 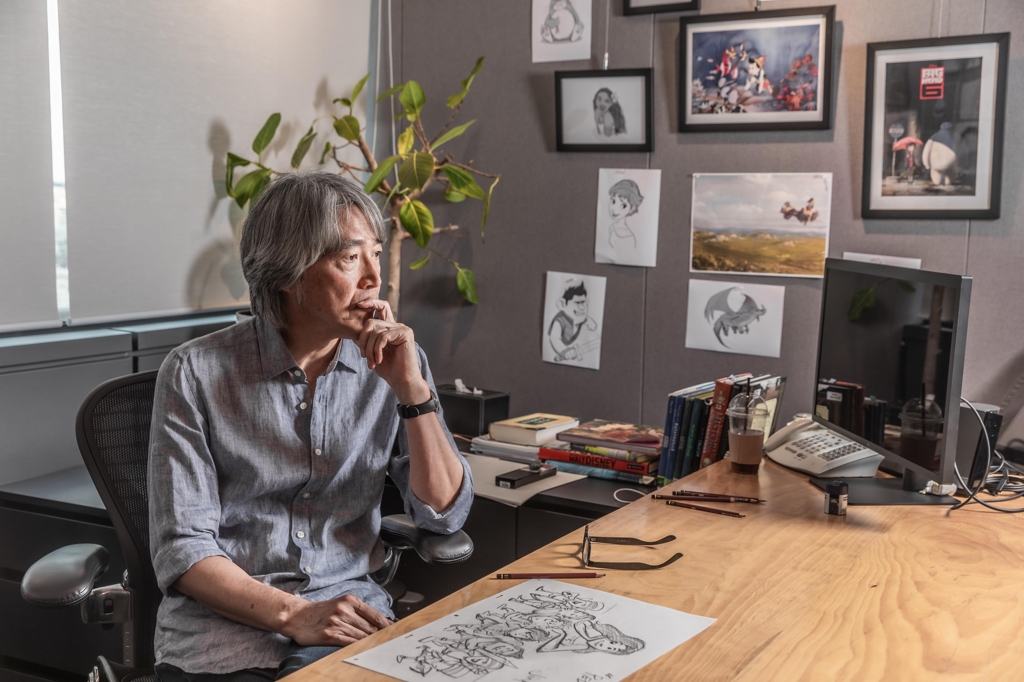 The retelling of the "Snow White" fairy tale is about an adventure of the not-so-beautiful princess Snow White, who gets a pair of magical red shoes and becomes pretty. She meets seven princes, who have been cursed and become ugly, short dwarfs, and gradually acknowledges the value of inner beauty. It breaks stereotypical beauty standards among fairy tale characters like the blond-haired princess with a fancy dress.

Kim joined the "Red Shoes" as the executive creative director and designed the main characters of princess Snow White and the seven dwarfs.

"Out of many movies that I have worked on, I think 'Red Shoes' has the most characters," he said. "The number of main characters is eight, and it doubles to 16 as they change their appearances. This variety makes the film rich."

He said he put some Korean colors into the characters, which help them feel more familiar and friendly to audiences.

"Although the main setting for the film is somewhere in the West, the main characters wear Korean costumes," Kim said, adding that Snow White's white-red dress is inspired by the Korean traditional dress hanbok and that Merlin wears Asian-style clothes. 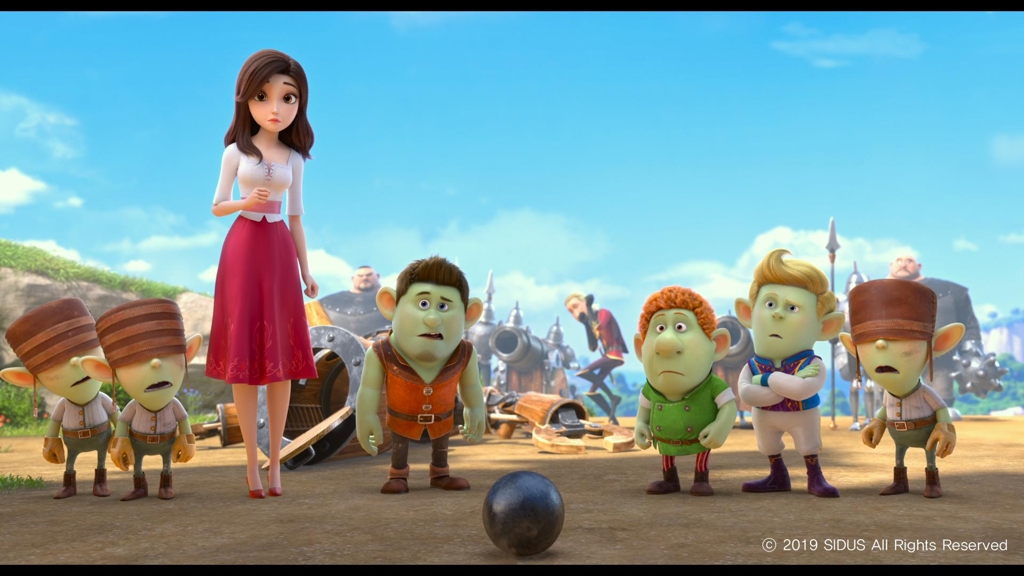 But he said it would have done far better if he had much more financial and technical support like he used to receive from Disney.

"When I work on a 3D animated film, some points are trickier than sketching a 2D version," he said. "For example, it's very hard to express the details of a girl running her fingers through her long, flowing hair. It's easy to draw by hand, but difficult by computer." 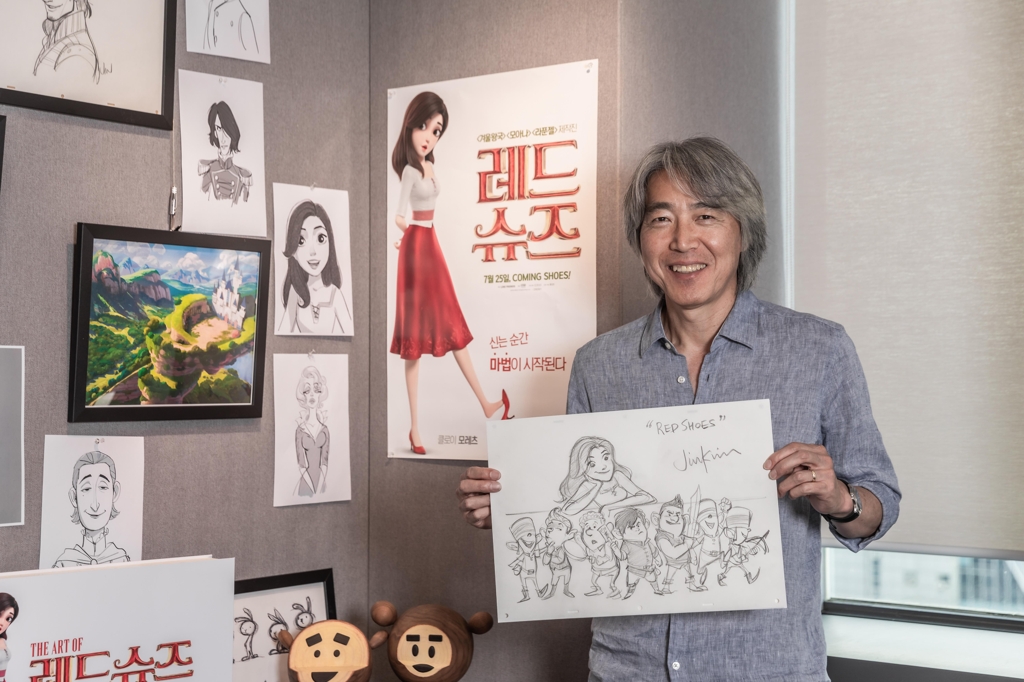 At the time when he was working at Disney Studios, everything he thought and designed was realized easily thanks to Disney's enormous financial and physical assets.

"It was comfortable in Disney. Up-to-date computer technologies and skilled animators brought out what I wanted," he said. "But after joining the 'Red Shoes' team, I knew that Korean animators have hardly experienced this challenging work. They'd only gone through TV cartoons."

He had to teach the young animators how to illustrate detailed movements and lip-sync features of English-speaking characters.

South Korea's animation industry enjoyed its heyday in the 1990s for its quality and low cost as many foreign studios from the United States and Japan requested that South Korean firms illustrate their stories. But it lost its competitive edge as the industry trend moved to computer-based animated films.

As "Red Shoes" had a hard time attracting investors from the beginning, it took more than 10 years since director Hong started writing the script in 2007 for the film to get made.

Nevertheless, the veteran animator did his utmost to create the best work within the capital and manpower limits.

"Red Shoes," which was sold to 123 countries worldwide, will hit local screens on July 25.