SEOUL, July 12 (Yonhap) -- A pro-North Korean newspaper said Friday that the United States should come up with a proposal that is fair and right if it wants to see progress in the denuclearization talks expected to resume soon.

"North Korea is ready to take corresponding goodwill measures if the U.S. takes genuine trust-building steps first," the Choson Sinbo, a pro-North Korean paper in Japan, said in an article.

"(The U.S.) should come up with a practical negotiation proposal that demands as much as it acts based on the step-by-step and simultaneous principle," the paper added.

The U.S. has insisted that North Korea abandon all of its weapons of mass destruction programs before winning sanctions relief, while the North has demanded a step-by-step approach.

The paper said that establishing new relations between the North and the U.S. and building lasting peace on the Korean Peninsula is anything but a "gift" to Pyongyang, adding Washington should do its own part, such as by making efforts to remove its nuclear threats against the North.

Referring to the historic encounter between North Korean leader Kim Jong-un and U.S. President Donald Trump last month at the inter-Korean border, the paper said it has put their nuclear talks back on track in a way that could avoid a repetition of the mistake that resulted in the breakdown of their February summit.

Kim and Trump met on June 30 at the truce village of Panmunjom and agreed to hold working-level nuclear talks within a few weeks. Their February summit ended without a deal as they failed to find common ground over Pyongyang's denuclearization steps and Washington's sanctions relief.

The paper blamed U.S. working-level negotiators for the summit breakdown and emphasized that they should come forward with the right method with the right attitude in light of the changed mood demonstrated by their leader's recent handshake, to which the North will take corresponding goodwill steps. 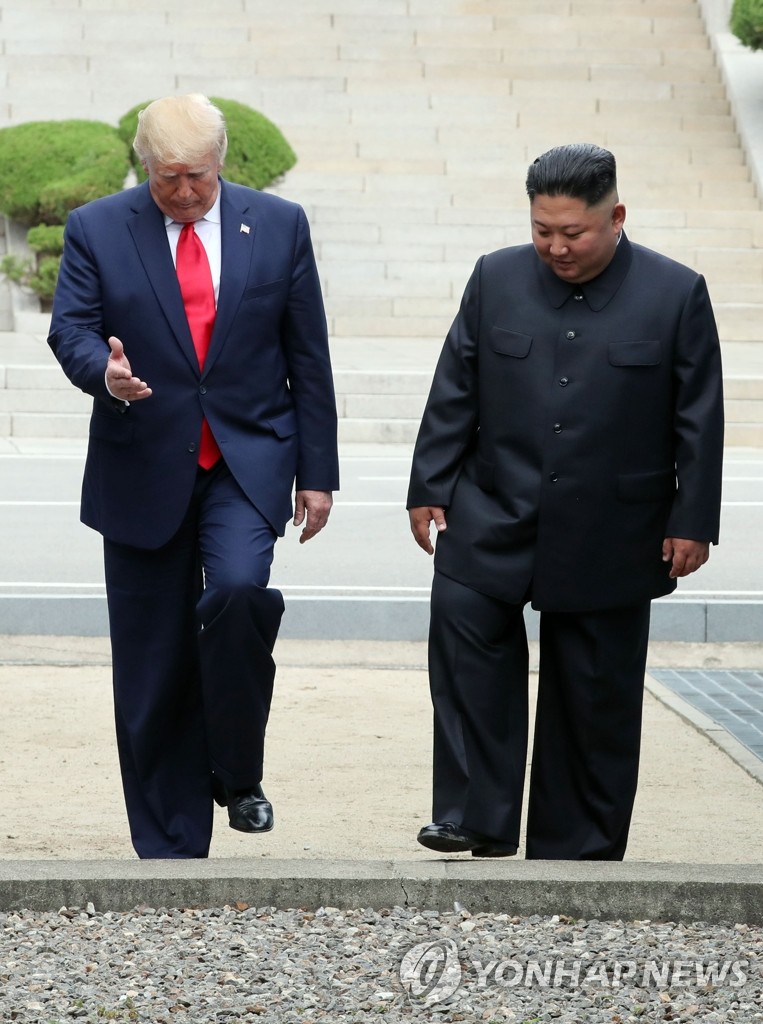