SEOUL, July 12 (Yonhap) -- Japan's restrictions on exports to South Korea has sharply cut into its favorability rating among the South Korean people, a poll by Gallup Korea showed Friday.

In the survey of 1,005 Korean adults conducted nationwide from Tuesday to Thursday, only 12 percent said they have a favorable view of Japan, the lowest figure since polling on the topic began in 1991.

Seventy-seven percent said they don't feel friendly towards the neighboring country, while another 10 percent refused to give an answer. 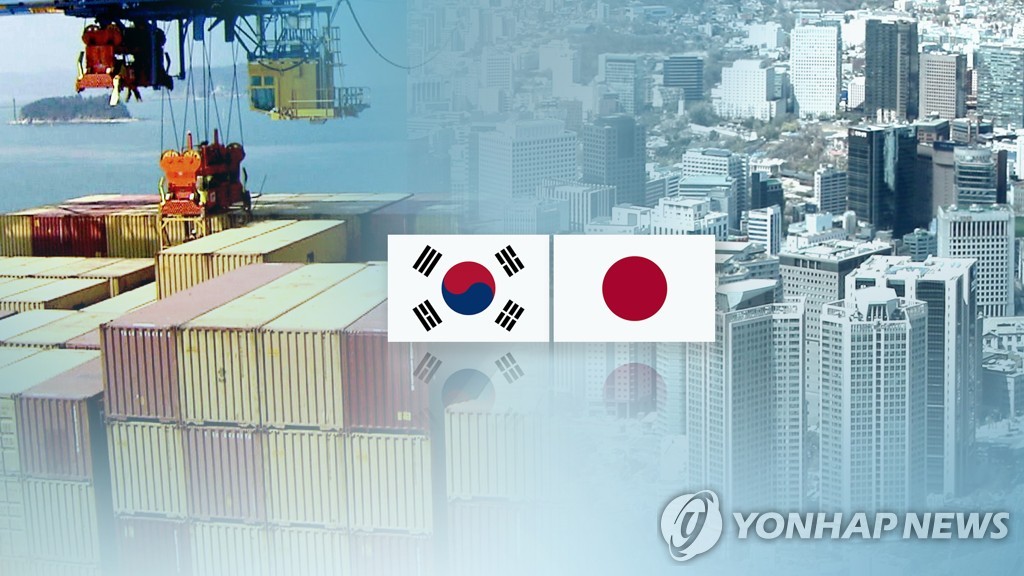 The ratio of South Koreans with a positive view of Japan has mostly stayed in the range of 20 to 40 percent over the past three decades, having hit 38 percent in a 1991 survey.

In 2003, one year after the two countries co-hosted the World Cup, the favorability rate rose to 35 percent. In 2005, the rate dived to 20 percent after a Japanese prefecture passed an ordinance to claim ownership of the South Korean islets of Dokdo. In a 2015 survey, the rate was 17 percent, falling below the 20 percent mark for the first time.

The rate of South Koreans who feel friendly towards the Japanese people was 41 percent in the latest Gallup poll, compared with 43 percent who have the opposite feeling.

Meanwhile, 61 percent of the respondents said the Japanese government is responsible for the ongoing conflict with South Korea, whereas only 17 percent held the Seoul government responsible.

The poll also found 67 percent willing to participate in a boycott of Japanese products.

The Gallup poll has a margin of error of plus or minus 3.1 percentage points and a confidence level of 95 percent.

Japan last week removed preferential treatment for the export of three key materials used for the manufacturing of chips and smartphone displays to South Korean firms in an apparent protest against Seoul over its handling of the wartime forced labor issue.