South and North Korea had their millennium-old traditional form of wrestling, "ssireum," inscribed on UNESCO's list of Intangible Cultural Heritage in November last year, the first-ever joint inscription on the list by the two states.

The listing was made possible amid warming inter-Korean relations following the two Koreas and UNESCO's behind-the-scenes negotiations to merge the countries' separate bids.

The feat was a major breakthrough in Seoul's wish to partner with Pyongyang to jointly put a number of their shared heritage assets, both tangible and intangible, on UNESCO lists.

On Thursday, the Cultural Heritage Administration (CHA) and the regional governments of Gyeonggi and Gangwon Provinces joined hands on a bid to list the DMZ, a four-kilometer-wide, largely forested area between the two Koreas, on the UNESCO list of World Heritage jointly with North Korea.

Left untouched since the 1950-53 Korean War, the DMZ is home to 100 endangered species, as well as many relics of the civil war, giving it the potential to make it on to the UNESCO World Heritage List for both its cultural and natural assets.

Under the agreement reached on Thursday between the CHA and the provinces that border the DMZ, the heritage agency will seek to lead negotiations with North Korea over the joint inscription plan in cooperation with the two regional governments. 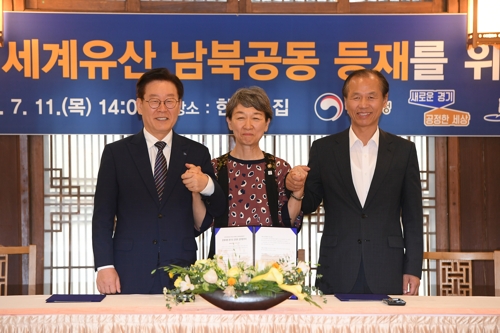 The CHA will also host academic research projects to document the "outstanding universal value" of the DMZ and lead the necessary legal efforts for a UNESCO bid. The regional governments will, meanwhile, be in charge of on-site research and other working-level operational duties including filing the final UNESCO application.

Chung Jae-suk, the cultural heritage administrator, as well as Gyeonggi Province Gov. Lee Jae-myung and his counterpart for Gangwon Province, Choi Moon-soon, were on the same page on Thursday, saying that a UNESCO inscription of the DMZ would turn the land of division to one of peace and hope.

"The CHA will seek the joint listing of the DMZ with North Korea in consultation with related government bodies like the Ministry of National Defense and Ministry of Unification," an official at the administration said.

As a first step, the CHA will host the inaugural meeting of a working-level consultative body for the project before the end of this month, the administration said. Before the end of this year, the CHA and the two regional governments will complete their survey of cultural assets in and around the DMZ, it added. 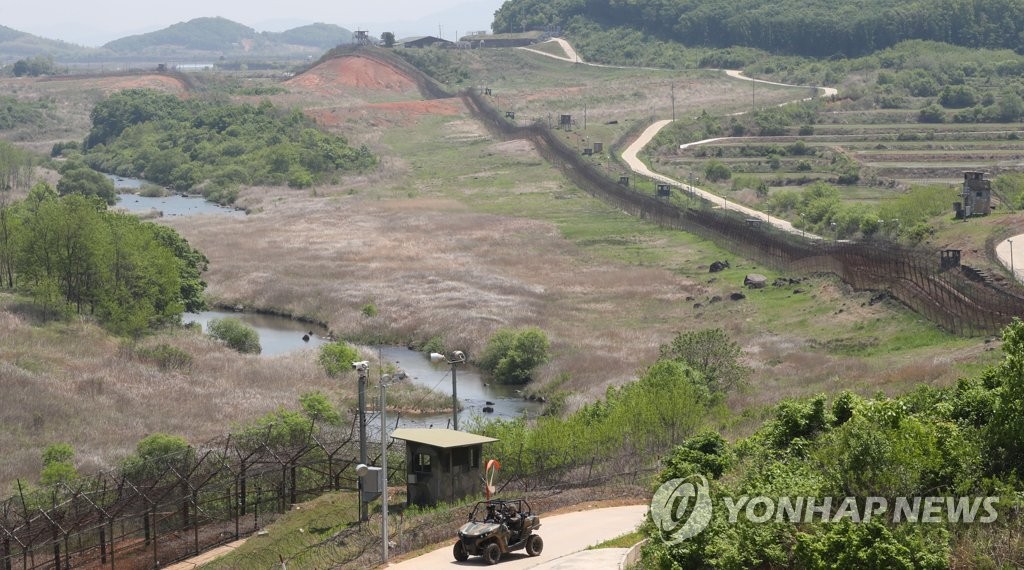 In the past, the two Koreas worked individually to get identical cultural assets inscribed on the UNESCO heritage lists.

"Arirang," a folk song transmitted and recreated orally in different regional forms, was inscribed on the UNESCO list of Intangible Cultural Heritage in 2012 by South Korea before it was inscribed once again by North Korea two years later.

"Kimjang," or the Korean tradition of making and sharing kimchi, was also inscribed on the same list twice, first by the South in 2014 and then by the North the next year.

Last year's joint inscription of ssireum marked a clear turnaround from that, and several regional governments are currently seeking similar joint inscription projects in light of the reconciliatory mood between the two Koreas.

The city of Incheon, west of Seoul, is considering plans to include four royal Goryeo tombs on the city's Ganghwa Island on North Korea's UNESCO-inscribed Historic Monuments and Sites in Kaesong, which testify to the history and culture of the Goryeo Dynasty from the 10th to 14th centuries.

The city of Daegu is also moving to engage North Korea in its bid to add new North Korean-side documents to the South Korean Archives of the National Debt Redemption Movement, inscribed in 2017 in UNESCO's Memory of the World Programme.

The Archives is a part of the South's documentary heritage chronicling the entire process and history of a nationwide campaign undertaken by the Korean public from 1907 to 1910 to help their government pay back a huge debt owed to Japan and thereby save Korea from colonization.