He received a briefing from provincial authorities on their "Blue Economy" vision at the provincial government office in Muan County.

Addressing a related ceremony later in the day, Moon expressed optimism about the initiative.

He said, "'Blue Economy' is expected to become a 'blue chip' for the development of Jeonnam and the economic vigor of the Republic of Korea."

The province hopes to become a hub of new global energy industries through the projects.

"Jeonnam is leading the new energy industry (of South Korea), ranking first in the generation of renewable energy," the president said. 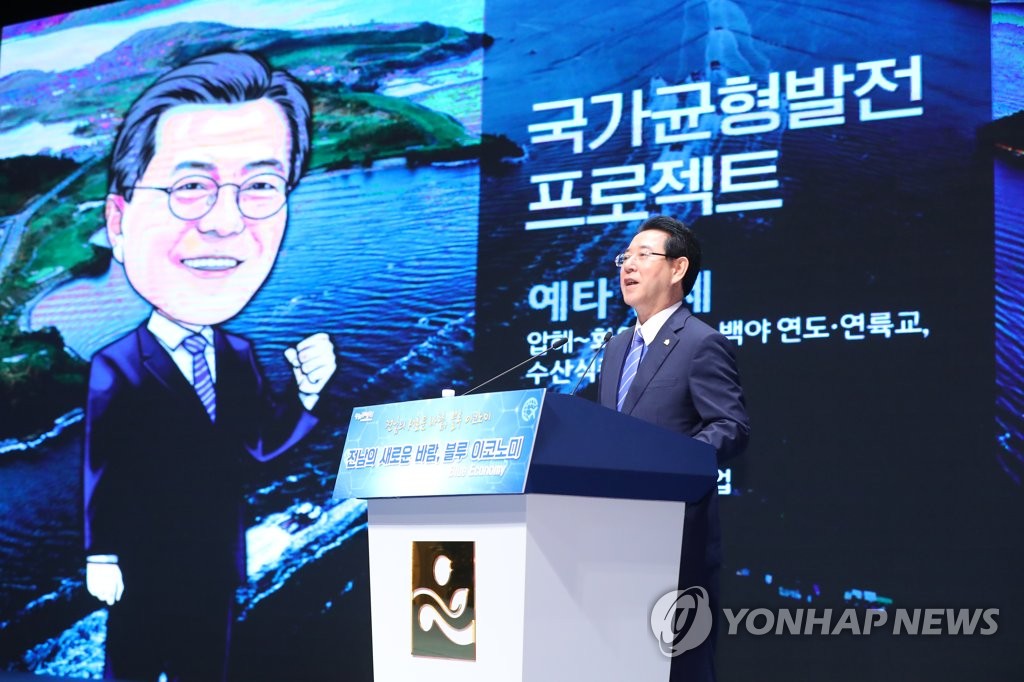 It also has huge environmental potential for the use of solar energy and wind power, he noted.

"I am convinced that it will become the epicenter of the Republic of Korea's energy to cover not only traditional energy resources but also new ones," Moon said.

Moon then headed to Naju, a major city in the province, where he was briefed on its own ambitious goal of becoming a "global energy industry hub." He visited Bitgaram Observatory.

Naju is pushing for the Bitgaram Innovation City project, taking advantage of its infrastructure. It houses the headquarters of Korea Electric Power Corporation (KEPCO) and 15 other public firms. 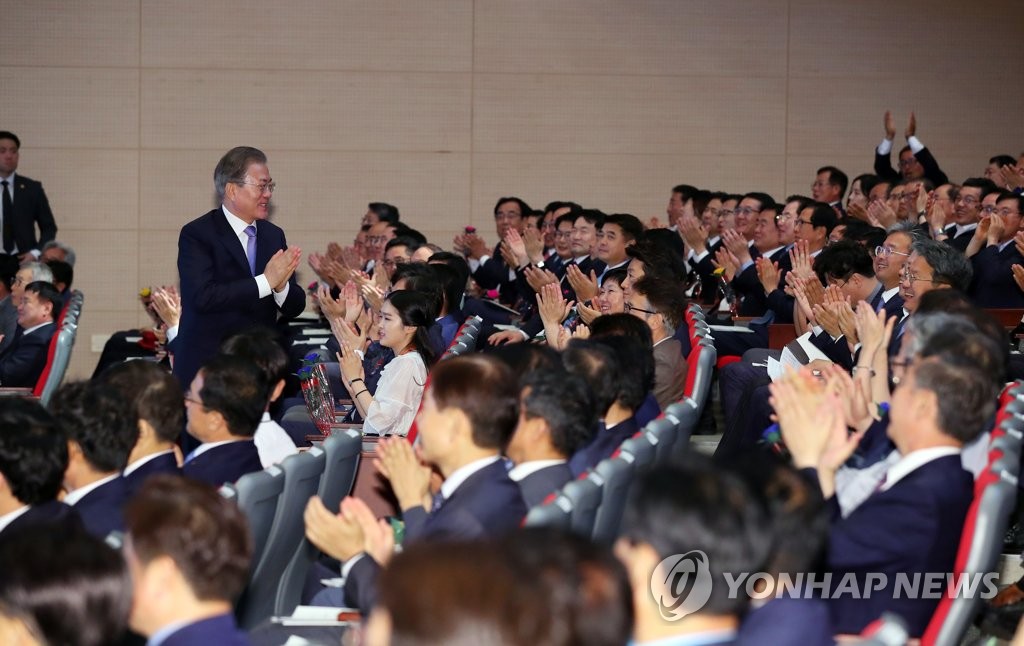 KEPCO plans to set up a technology college and campus there as well.

Bitgaram is a pure Korean word that conjures up light flowing through the town, according to city officials.

Moon's visit to the province marked his 10th regional economy tour since he started the program in October last year.