Japan began to tighten regulations on shipments to South Korea of three materials essential to the production of semiconductors and display panels.

South Korea suspects the move may be retaliation for South Korean court rulings that ordered Japanese firms to compensate Koreans who were forced into labor during Japan's 1910-45 colonial rule.

Uriminzokkiri, a North Korean propaganda website, issued a commentary titled "A shameless act, the result of a lack of remorse for Tokyo's historical wrong-doings."

"Japan's export restrictions derive from Abe's wicked and vulgar mind to earn support of the right wing through taming South Korea by mimicking the U.S.," it said.

Tokyo claims it imposed the restriction because trust between the two countries has been harmed. Japan has lashed out at the court rulings, claiming that all reparation issues stemming from its colonial rule were settled under a 1965 government-to-government accord that normalized bilateral relations. 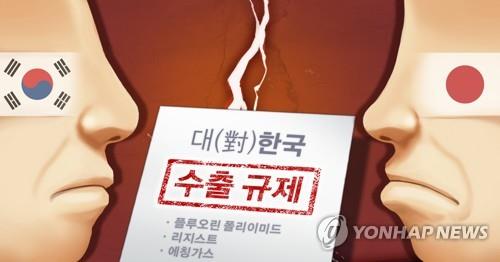