Eight members of Super Junior entertained some 15,000 fans at the "Super Show 7S" concert at King Abdullah Sports City in Jeddah on Friday, according to Label SJ.

"We are the first K-pop band to perform here in Saudi Arabia, and I am so proud to be performing here," a band member was quoted by the agency as saying.

Earlier this week, Kangin, a scandal-ridden member, announced that he would leave Super Junior. 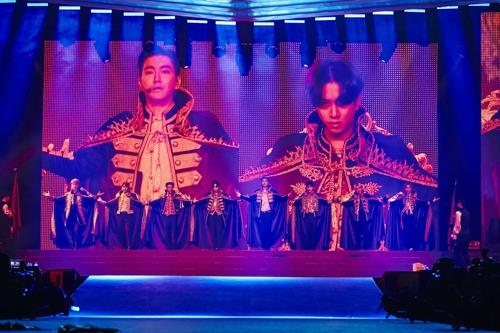