SEOUL, July 13 (Yonhap) -- The United States and North Korea are anticipated to announce the schedule of their working-level talks next week, the special security adviser to President Moon Jae-in said Saturday.

The remark came after U.S. President Donald Trump and North Korean leader Kim held an impromptu meeting at the inter-Korean border on June 30 and agreed to revive working-level talks that had stalled since the collapse of their second summit in Vietnam in February.

"It seems the schedule for the working-level talks will be announced next week," Moon Chung-in said, claiming Lee Do-hoon, Seoul's chief nuclear envoy, met with his U.S. counterpart, Stephen Biegun, in Germany recently.

The adviser claimed the working-level talks will help Washington and Pyongyang narrow differences in denuclearization.

During the two countries' meeting in Vietnam, Washington claimed it will make efforts to vitalize the North Korean economy when Pyongyang dismantles all nuclear facilities, weapons and ballistic missiles.

North Korea, on the other hand, requested the lifting of five U.N. sanctions against Pyongyang after 2016 in return for shutting down the nuclear complex in Yongbyon.

"The U.S. may not stick to its previous stance and instead seek to have North Korea shut down the Yongbyon nuclear complex and report all domestic nuclear facilities," Moon said, claiming Pyongyang may also come up with a new suggestion.

The adviser said Washington may ease sanctions against North Korea once Pyongyang completely shuts down the Yongbyon nuclear complex.

"It is possible that the Kaesong industrial park and Mount Kumgang tours will resume," he added.

South Korea closed the Kaesong Industrial Complex in 2016 in retaliation against the North's nuclear and missile provocations. The Mount Kumgang tours came to a halt in 2008 after a South Korean tourist was shot dead by a North Korean guard. 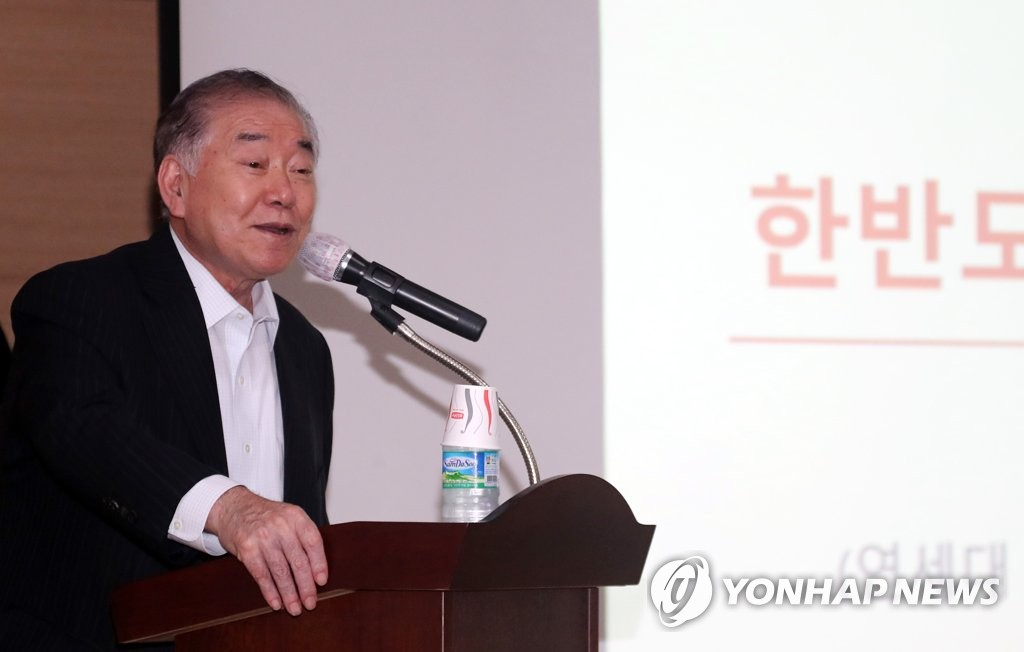 Schedule for U.S.-N. Korea talks to be announced next week: security adviser

Schedule for U.S.-N. Korea talks to be announced next week: security adviser