SEOUL, July 15 (Yonhap) -- The presidents of South Korea and Israel agreed Monday to push for an early deal in talks on a bilateral free trade agreement (FTA) during a summit in Seoul.

If the two sides forge an FTA, their economic cooperation in investment, services and other sectors will expand sharply, President Moon Jae-in said at the start of the Cheong Wa Dae summit with Israeli President Reuven Rivlin.

"The two countries have great potential for the development of their relations, having a mutually supplementary economic cooperation structure and sharing the common goal of nurturing future, cutting-edge industries," he emphasized. 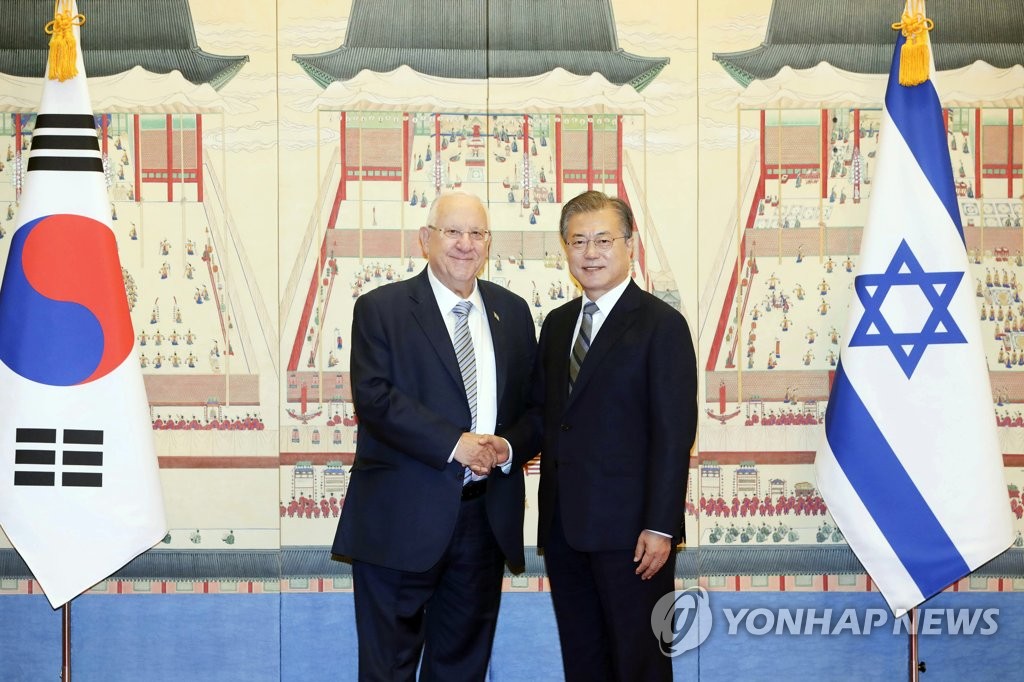 He noted that two-way trade hit an all-time high of US$2.7 billion last year.

Rivlin said that the people of Israel and South Korea have "big similarities" in terms of their rise from the ashes of war and miraculous economic growth.

They both also face the crucial task of protecting their people from military threats on their doorsteps, he added.

In the summit, Moon and Rivlin agreed on the need to strike an FTA deal as early as possible for "optimal win-win cooperation," Cheong Wa Dae said later in a press release. 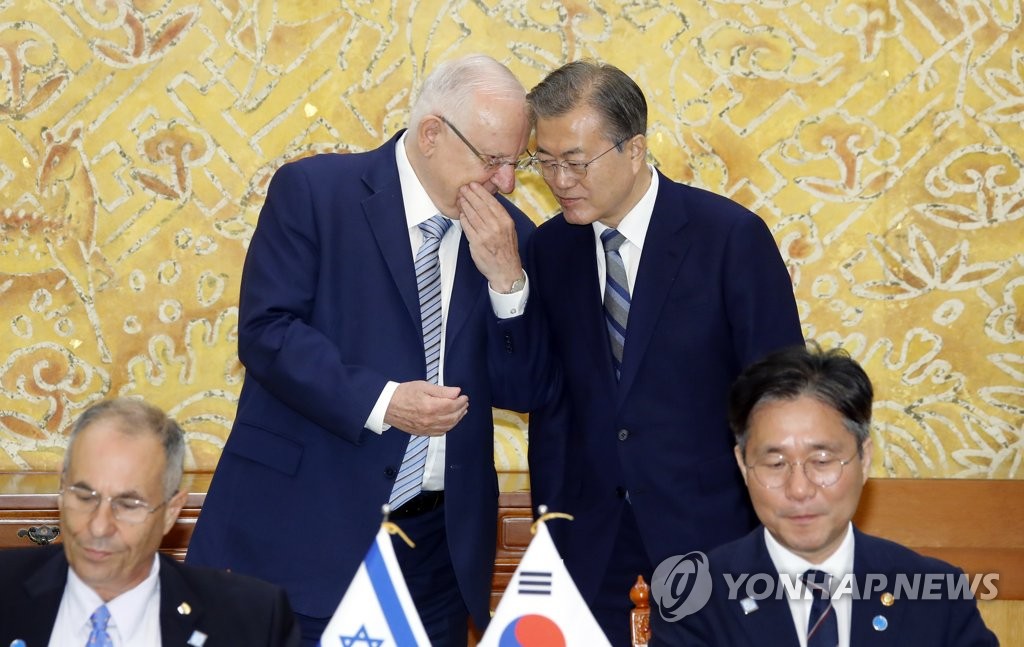 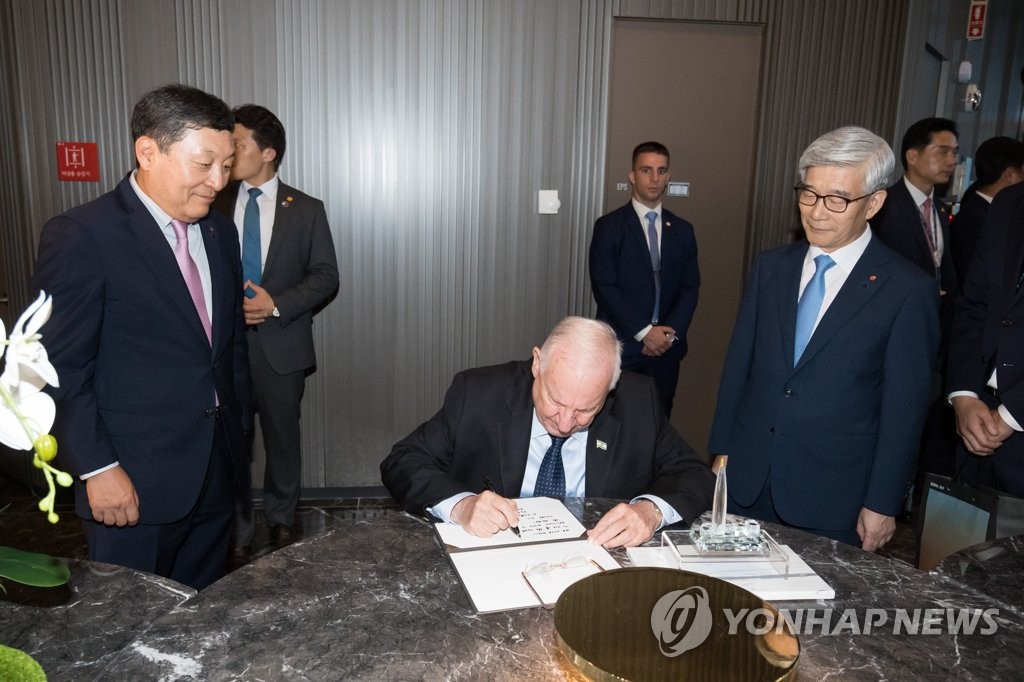