SEOUL, July 15 (Yonhap) -- A nuclear freeze is the next "logical" option the United States could take in its negotiations with North Korea as it is impossible to resolve the nuclear issue in a "a single, one-step agreement," a former senior CIA official has said.

In a Washington Post column on Sunday, former acting CIA director Michael Morell also stressed that a freeze, however, cannot be the end state of the negotiations and should require Pyongyang to declare all of its nuclear programs.

"A freeze of North Korea's nuclear and long-range missile programs could be a good thing," Morell said, adding that it would "build trust that could lead to subsequent deals resulting in cuts and permanent limits to North Korea's weapons programs.

"It is difficult to overstate the trust gap that currently exists between the two countries, making a single, one-step agreement that resolves the nuclear issue an impossibility," he said.

A freeze would also stop the North from enlarging its nuclear arsenal, Morell said.

In exchange for a freeze, Morell said the U.S. could offer limited sanctions relief, such as a reopening of the shuttered inter-Korean industrial complex in the North's border town of Kaesong, something that can be reversed in case the North does not comply with the agreement.

A New York Times report said early this month that U.S. officials may abandon their goal of getting Pyongyang to completely give up its nuclear programs and settle for a freeze.

The report came after a surprise meeting between U.S. President Donald Trump and North Korean leader Kim Jong-un on June 30. Washington and Seoul have repeated that their shared goal for the North is its complete denuclearization.

Morell also pointed out that sticking to complete denuclearization all at once only gives Pyongyang more room to strengthen its leverage in talks with the U.S. In the meantime, Pyongyang will keep developing its nuclear capabilities, he said. 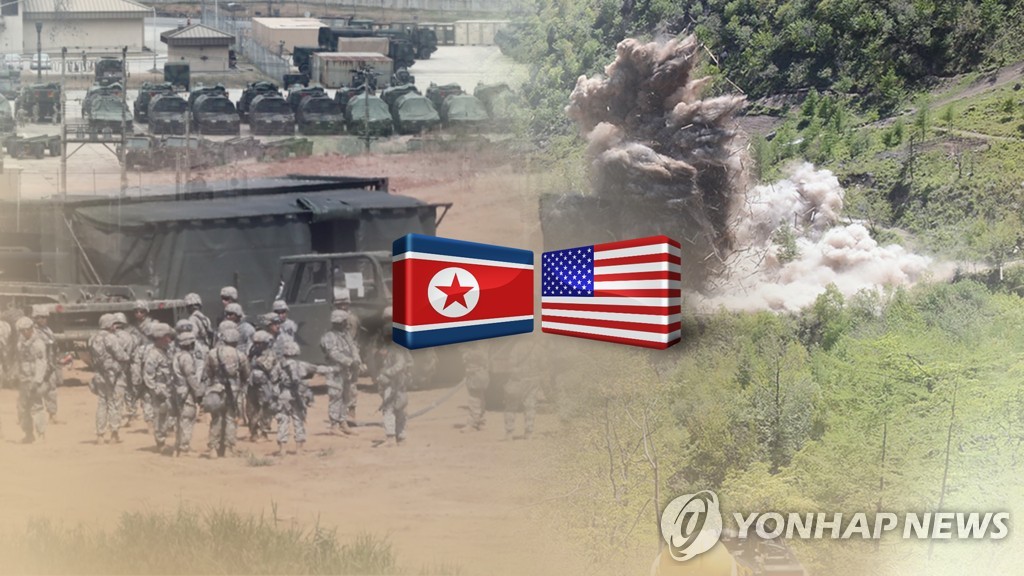