SEOUL, July 15 (Yonhap) -- Vice Unification Minister Suh Ho is seeking to meet a Japanese official during his three-day visit to Japan this week, his ministry said Monday, amid growing concerns over a trade row between the two countries.

Suh is set to leave for Japan on Tuesday to give a keynote speech at a side event of the Korea Global Forum for Peace hosted by the unification ministry, it said.

"(The government) is pushing to set a schedule for a meeting with a Japanese government official (during his visit)," Lee Sang-min, the ministry's spokesperson, told a regular press briefing.

The meeting, if realized, will focus on discussing denuclearization and peace on the Korean Peninsula, he said, without giving further details.

The vice minister also plans to meet with Korean peninsula experts and South Koreans living in Japan on the sidelines of the forum, the ministry said.

Kicking off in Seoul last month, the security forum includes a series of regional events starting with one in Japan, followed by sessions in China and Russia in September and the last in the U.S. in November.

Japan has protested the rulings, arguing that all reparation issues stemming from its 1910-45 colonization of the peninsula were settled under a 1965 government-to-government accord aimed at normalizing bilateral ties.

South Korea has refused to intercede in the civil litigation, saying it honors the democratic constitutional principle that guarantees the separation of the executive, legislative and judicial powers. 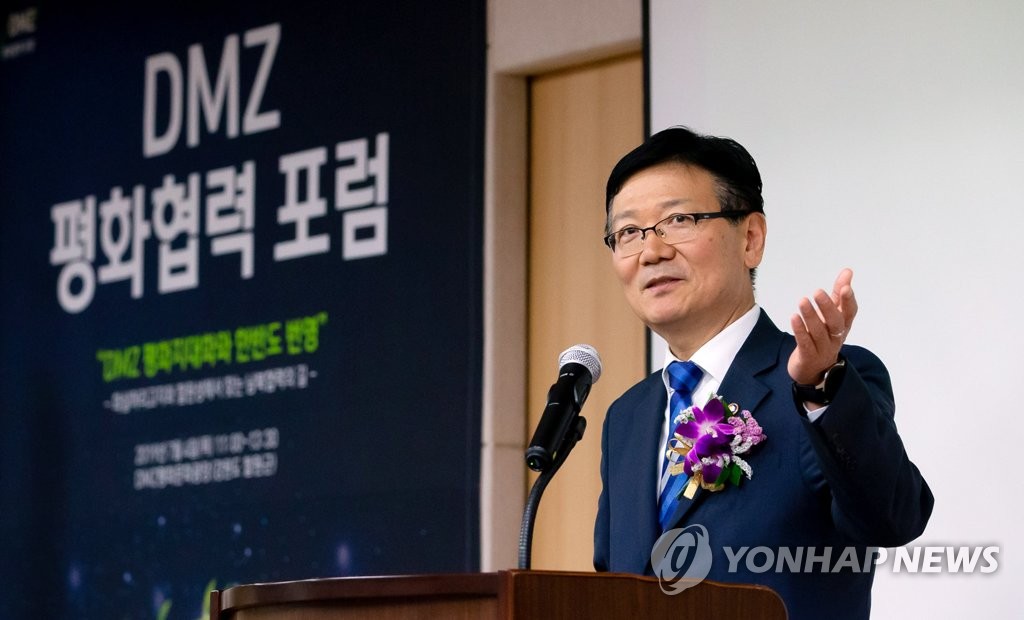