SEOUL, July 15 (Yonhap) -- A new law designed to prevent bullying in the workplace is set to go into effect in South Korea this week, setting the stage for victims of harassment at work to get some protection.

A revised law on labor standards, commonly called the workplace anti-bullying law, will be effective starting Tuesday, after a six-month grace period.

Physical assault and sexual abuse in the workplace are being handled in the legal domain, but harassment has been mostly overlooked as it is regarded as a personal relationship issue.

Workplace bullying is defined in the new law as incurring physical or mental suffering or worsening the working environment when employers or workers use their status or power and act beyond the proper scope of work.

If workplace harassment is reported, employers should immediately investigate it and take proper actions to help victims avoid unbearable conduct.

If retaliatory measures are taken against victims or those who report abusive conduct, employers could face a jail term with a maximum of three years and a fine of up to 30 million won (US$25,423).

A separate law, which takes effect Tuesday as well, stipulates stress stemming from workplace bullying is subject to an industrial disaster and allows for compensation.

The anti-bullying law is expected to help root out "gapjil" in the workplace, a newly coined word referring to abusive conduct by people in positions of power on those under their influence. 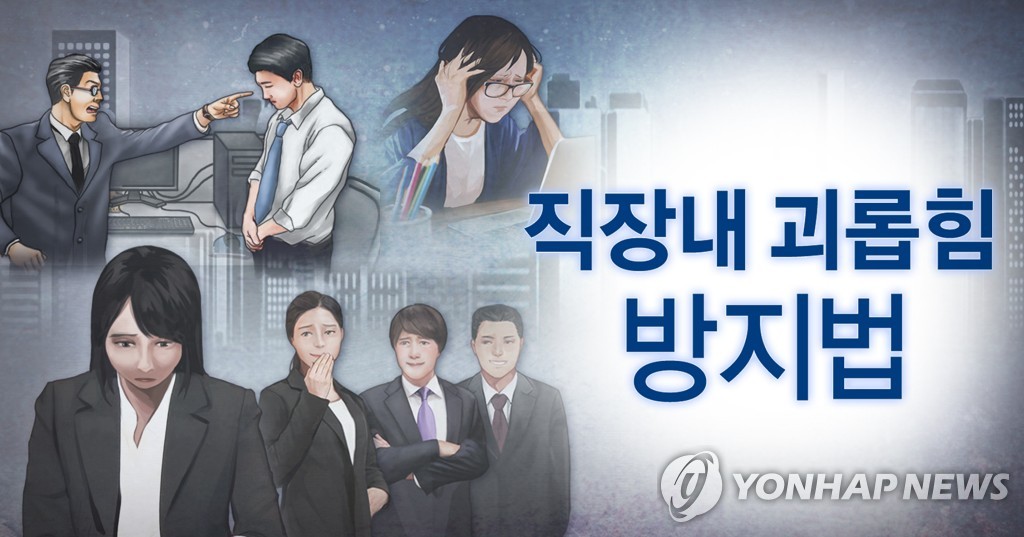 "Gapjil, or harassment in the workplace, has been viewed as a personal problem that can happen in social life, not as a social problem," said Cho Eun-hye, a certified public labor attorney at Dol-Bloom Labor Law Office.

"But the new law affirms that those things will be handled in legal territory," she added.

High-profile gapjil cases have made headlines in recent years.

In the "nut rage" case in 2014, Cho Hyun-ah, the eldest daughter of late Korean Air Chairman Cho Yang-ho, ordered her flight back to the gate in New York as she was upset about the way her nuts were served by an attendant on the plane. She received a 10-month jail term with a two-year suspension.

Cho Hyun-min, her sister and an executive at the air carrier, was also accused of insulting an advertising company official and throwing a cup of water in his face in 2018.

Footage showing the chief of an online storage company physically abusing and insulting his employees also went viral that year, sending a shockwave to many people. Bullying culture in the nurses' community was also under media spotlight following several nurses' suicides.

A 2018 report by the Korea Labor Institute showed 66.3 percent of 2,500 workers surveyed said that they suffered from workplace bullying over the past five years.

"Emotional attacks," including threats, libel and abusive words, topped the list with 24.7 percent, followed by "excessive demands," such as an order unrelated to work with 20.8 percent. Bullying ranked third with 16.1 percent.

The study showed nearly 81 percent watched their co-workers being harassed and 40 percent said there was not a proper channel through which victims can ask for help or seek consulting.

Lee So-hee, a 35-year-old office worker, said she is "bombarded" with Kakao Talk mobile messages by her boss even after she gets off from work.

"My boss gives work orders via the Kakao messenger. Whenever a message alert pops up, I am often startled to think she might have sent it," said Lee, who asked for an alias to be used.

"I hope the law will help more people understand the seriousness of workplace harassment."

Ahead of the law implementation, conglomerates have provided a relevant education or revised regulations on employment or disciplines in accordance with a guideline distributed by the labor ministry.

But the anti-bullying law has a limitation as well. Companies claim that standards in judging harassment are somewhat ambiguous, which can be subject to arbitrary interpretations.

Under the law, an employer can face punishment if his or her company gives an unfair treatment to victims or those who report abusive conduct. But it does not stipulate the punishment for a perpetrator, which experts say is a major weak point of the law.

"There is a need to deal with the issue from the perspective of workers' human rights," said Cho, the labor attorney.

"I think efforts to grasp what's wrong and take appropriate actions are more important to root out this problem, rather than centering on debating over which case is abusive conduct or not." 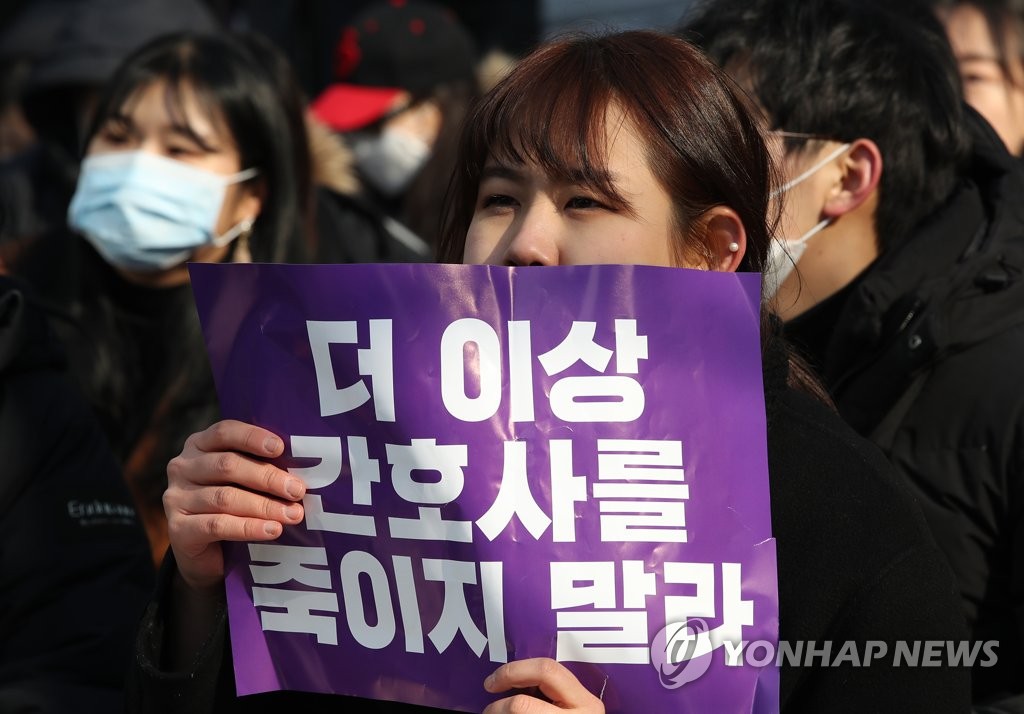