Hong Nam-ki, the minister of economy and finance, said in a parliamentary session that it would be good if lawmakers fully deliberate the proposed hike as part of a pending supplementary budget bill.

The proposed hike is set to be included in a 6.7 trillion-won extra budget that the government proposed in April to cope with an economic slowdown and fine dust air pollution.

The extra budget bill is still pending in parliament amid a call by the main opposition Liberty Korea Party to slash much of the proposed spending.

Hong said it would be reasonable for South Korea to decide on the minimum wage in a way that is acceptable in the market.

Hong made the comments after an opposition lawmaker said it would be difficult to meet President Moon Jae-in's election pledge to raise the minimum wage to 10,000 won by 2020.

Last week, the Minimum Wage Commission, involving labor and business representatives and experts, set the minimum wage at 8,590 won per hour for 2020, compared with 8,350 won for this year.

The hourly pay rose by 29.1 percent since Moon took office in May 2017. The steep hikes have invited a strong backlash from smaller firms and mom-and-pop stores over mounting labor costs. 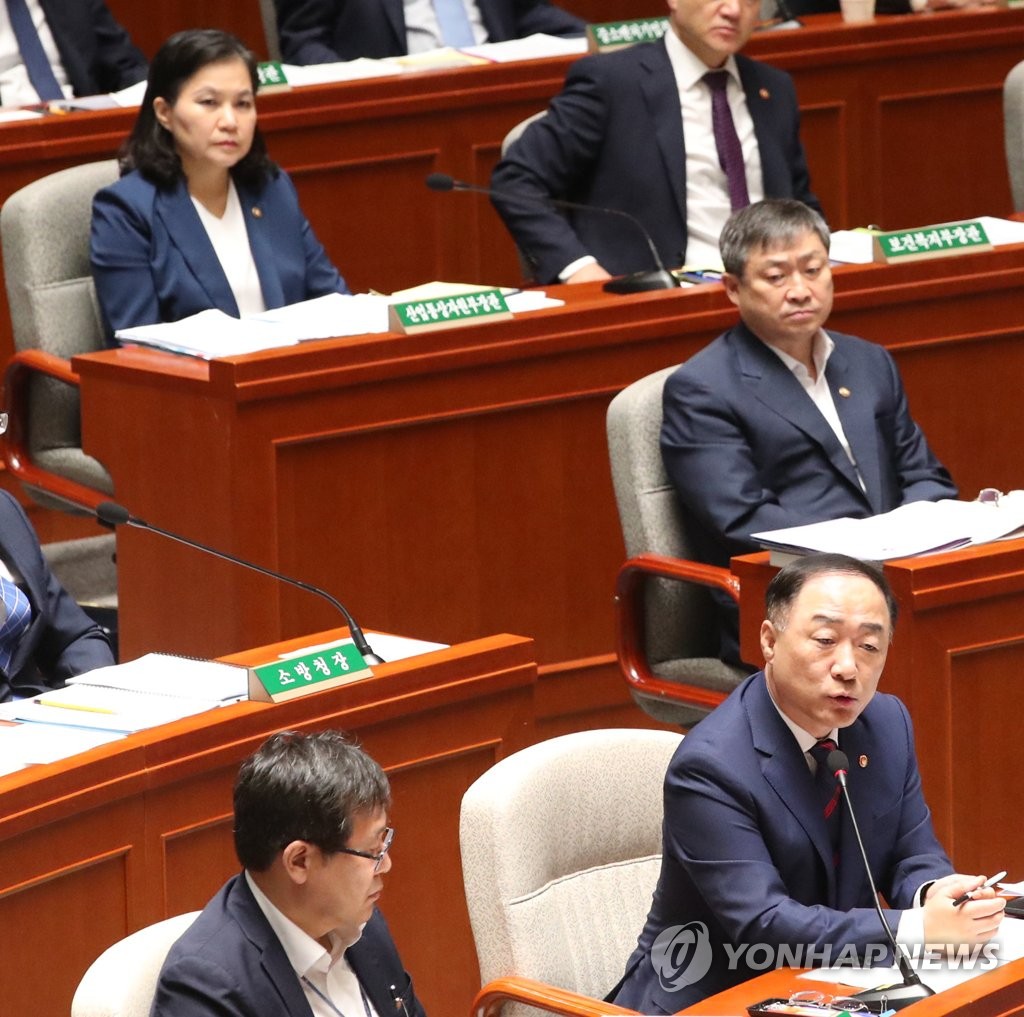