He stressed that Tokyo's tougher export restrictions, which target firms here, will be counterproductive and eventually backfire due to the "united power" of all South Korean people.

"I warn in advance that the Japanese economy will suffer greater damage in the end," he said in a weekly meeting with his senior Cheong Wa Dae aides.

Japan's move, he said, is tantamount to seeking to block the growth of South Korea's economy at a time when it's seeking to leap forward "by a notch."

"If it's what Japan intends, it will never succeed," Moon said, while reaffirming that a diplomatic resolution to the problem is a priority. 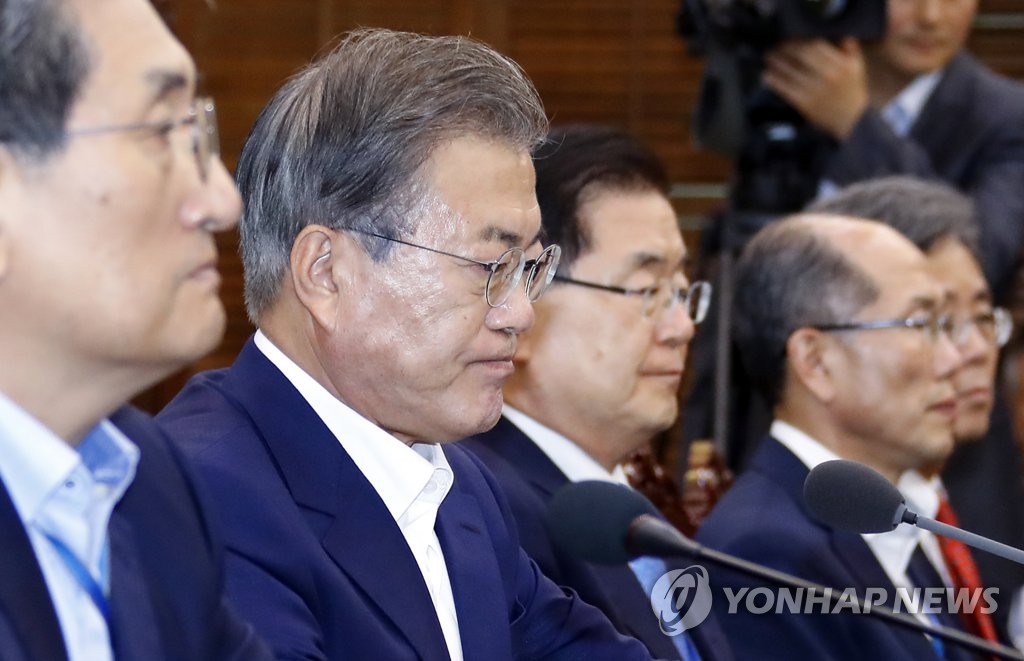 The president bristled at Japan's accusation that some dual-use materials may be smuggled out of South Korea, calling the claim a "grave challenge" to the South Korean government, which is making all-out efforts for improved inter-Korean ties and peace on the peninsula "within the framework" of U.N. sanctions.

He said the South Korean people will again overcome the current trouble resulting from Japan's measure, as they did with a number of previous difficulties with their "united power."

Rather, South Korean firms will lose confidence in partnerships with Japan and opt to diversify the supply routes of necessary materials or localize production, Moon added.

His strongly worded message represents the government's resolve not to bow to Japan's trade pressure.

It was also apparently meant to drum up public support at home to fight Japan's retaliatory step over a historical matter.

Japan launched the export curbs on July 4 in apparent protest against the Moon administration's support for a series of South Korean court decisions ordering the seizure of Japanese corporate assets as compensation for Koreans forced to work in factories and mines during World War II. Korea was under Japan's brutal colonial rule from 1910-1945. 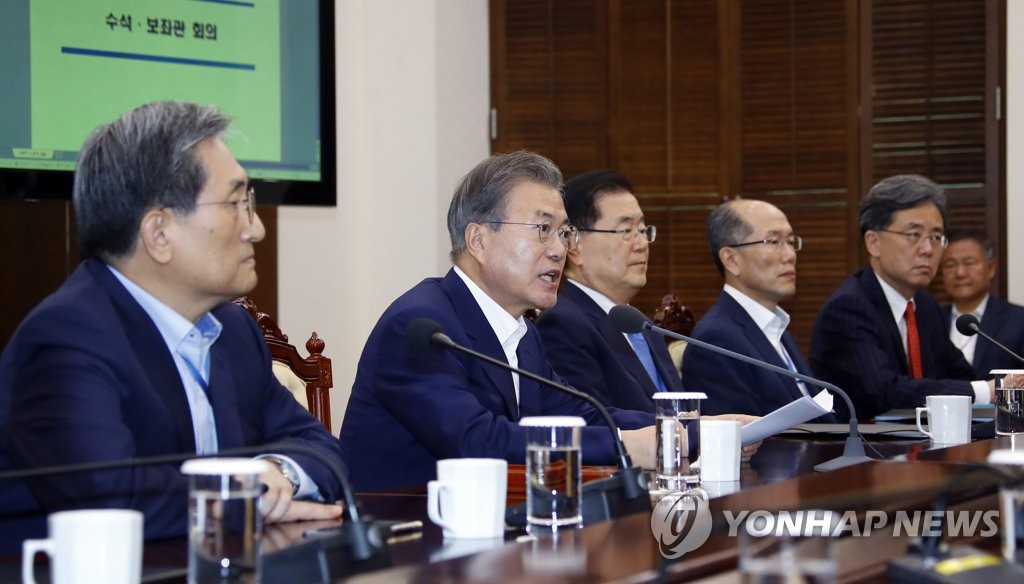 Moon said it's "very unwise" for Japan to "unprecedentedly" connect such a historical issue with the economy. He described the move as running counter to the development of relations between the two countries.

"I hope the Japanese government will retract its unilateral pressure and return to the stage of a diplomatic resolution," Moon said.

He indicated that his administration is open to consultations on an alternative to its recent offer of creating a joint fund of South Korean and Japanese businesses to compensate the victims of forced labor.

"Our government has not claimed that the method we proposed is the only solution," he said.

He added that Seoul-Tokyo issues are related to a shared history that, like a "gimlet in a pocket," has hurt both sides at times.

Japan's export restrictions are breaking the frame of economic cooperation, mutual dependence and co-prosperity between the neighbors that has lasted for half a century, Moon said.

"That's the very reason we are taking the Japanese government's export limit measure seriously," he said, adding that the restrictions are different in nature from routine protectionist campaigns aimed at guarding domestic industries.

Moon requested bipartisan support at home for his liberal administration in efforts to weather what he earlier called an unprecedented emergency situation.