SEOUL, July 15 (Yonhap) -- The military manpower agency pledged Monday to continue to seek measures to prevent attempts at evading mandatory military service by changing nationalities, after the top court's recent ruling in favor of a Korean-American singer despite suspicion that he dodged his duty.

Last week, the Supreme Court ruled that it is unlawful for the South Korean government to refuse to grant an entry visa to Steve Yoo, better known here as Yoo Seung-jun, after the once successful singer acquired U.S. citizenship around 17 years ago in an apparent attempt to evade military conscription.

"Steve Yoo simply ignored his obligatory duty, and his action is feared to have had an adverse influence on young people here," Jeong Seong-deuk, a deputy spokesman of the Military Manpower Administration said in an interview on KBS radio.

Speaking of a series of procedures that Yoo carried out to renounce the Korean nationality in 2002 despite his earlier public promise to fulfill his military duty, Jeong said, "Apart from this ruling, we will push to revise related policy measures and regulations to come up with more effective ways to prevent such cases."

All able-bodied South Korean men must serve in the military for about two years.

After being denied an entry visa in 2015, the former star, now aged 43, filed a lawsuit against the South Korean consulate in Los Angeles.

His case has sparked public outcry, and his possible return is a matter of heated debate. 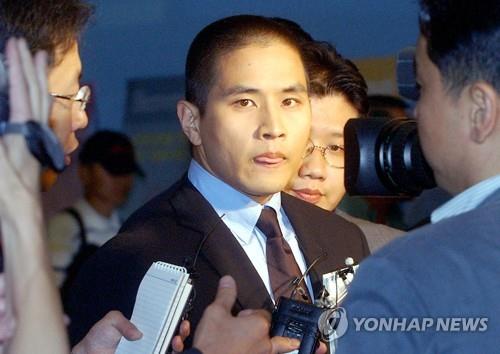