GWANGJU, July 15 (Yonhap) -- Lee Young-sook, a South Korean victim of wartime forced labor who filed a damage suit with a Korean court against Japanese companies, has died. She was 90.

Lee died of old age on Sunday, relatives of the deceased said. She was one of hundreds of Korean victims of wartime forced labor who took legal action in April, seeking compensation from Japanese firms, including Mitsubishi Heavy Industries.

During World War II, hundreds of thousands of Koreans were mobilized as forced laborers by the Japanese military to toil under dangerous working conditions without being compensated.

In May 1944, Lee, a junior in high school at the time, was mobilized as a worker at an aircraft plant operated by Mitsubishi Heavy Industries in the Japanese city of Nagoya. 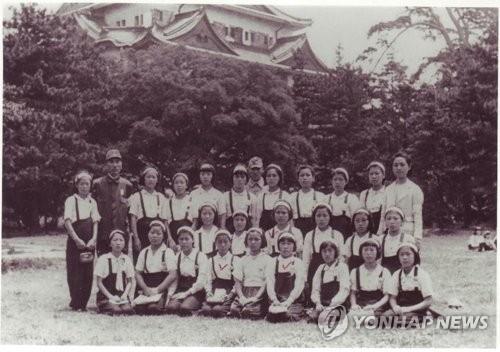 Mitsubishi Heavy recruiters had allegedly promised that the Japanese firm would financially help Lee finish her studies, but the company never fulfilled its pledge.

Bilateral ties between South Korea and Japan, which have always been tense, have been further strained since October last year, when Seoul's top court ruled that Nippon Steel & Sumitomo Metal Corp., a Japanese steelmaker, now known as Nippon Steel Corp., must compensate four South Koreans for wartime forced labor and unpaid work. The Korean Peninsula was under Japan's colonial rule from 1910-45.

The Japanese government has strongly condemned the ruling, claiming that the compensation issue was fully settled in the 1965 bilateral accord that normalized the countries' diplomatic ties.

President Moon Jae-in has said, however, that individual rights to damage claims were not terminated under the pact between the two countries.

The diplomatic conflict between South Korea and Japan, which have maintained close economic ties despite disagreements over history and territory, showed signs of deterioration as Tokyo recently imposed export restrictions against Seoul on high-tech materials vital for the production of semiconductors and display panels.
(END)