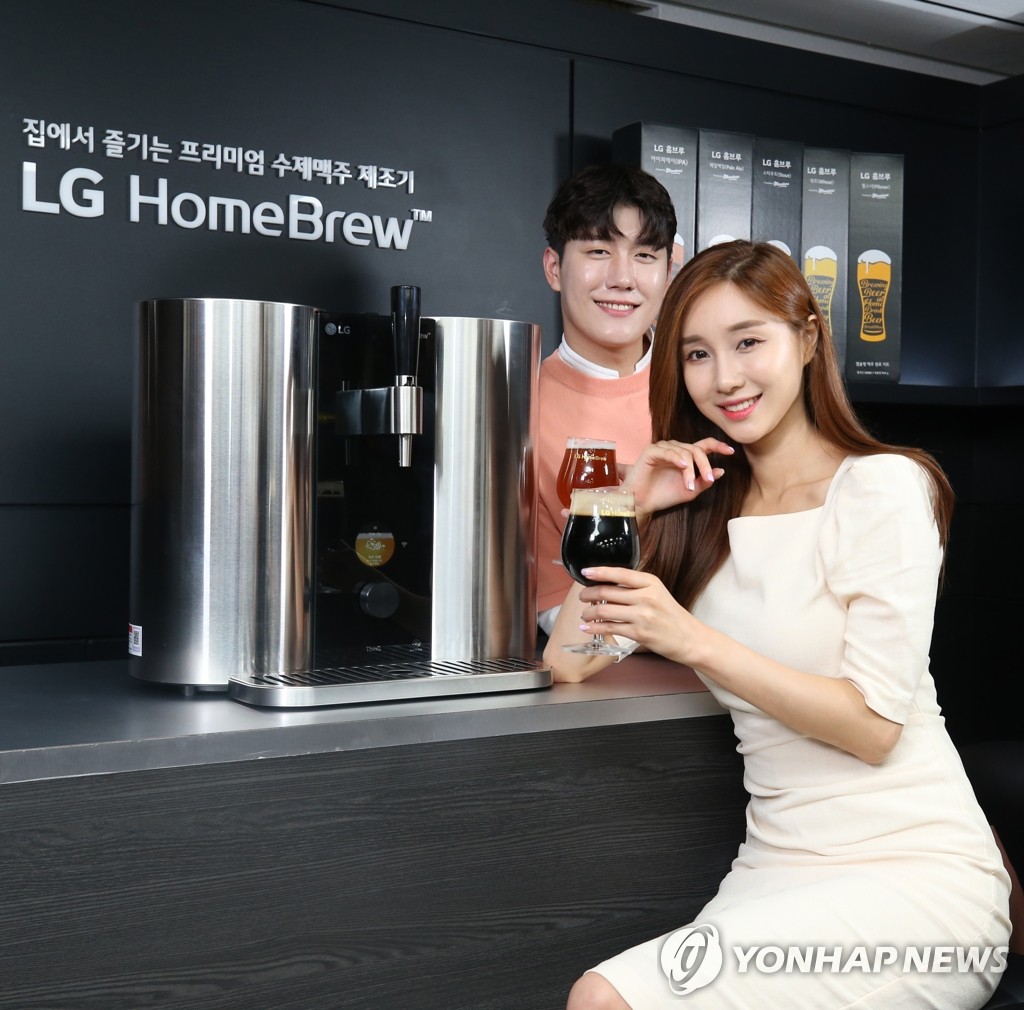 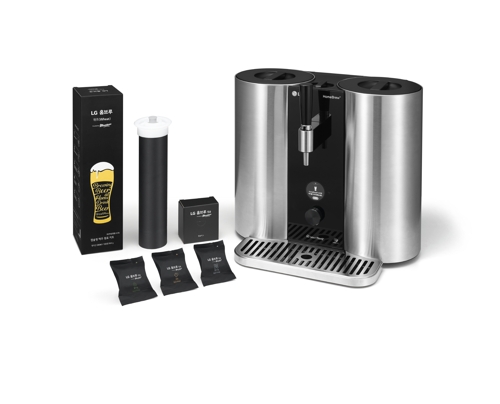 LG Electronics said the capsule-based beer maker is targeted at those who want to drink freshly brewed beer according to their own tastes, considering the costs and time needed to make beer.

"Our main target is not canned beer drinkers," Song Dae-hyun, head of LG Electronics' home appliance & air solution division, said during a tasting event held at the British Embassy in Seoul. "I think beer enthusiasts who want to drink their unique beer with their friends in their own space may be interested in Home Brew."

The embassy, which has a British style pub in a hall, was allowed to hold the event as it was under extraterritorial jurisdiction, the company said.

The biggest challenge will be how to market the expensive machine in the domestic market, Song said, hoping word-of-mouth among early adopters will promote it in the initial stage.

"Because LG Electronics doesn't have a license to sell alcohol, we're limited in promoting the freshly brewed beer through tasting events," Song said. "I hope bloggers and those who taste the beer actively share their experiences with others to promote it."

"The U.S. may be the next market after South Korea," Song said. "We have a showroom in Napa Valley and have been holding various events to get feedback and to see how to improve its function."