By Shin Min-Jae and Kim Kwang-tae

In an interview with Yonhap News Agency on Monday, Yannick Glemarec, executive director of the Green Climate Fund (GCF) said, "(North Korea) is eligible to GCF support provided it meets all the environmental and social safeguards for its project with (the) GCF."

Pyongyang is a party to the U.N. Framework Convention on Climate Change and to the landmark Paris climate agreement, he said.

In January, North Korea registered a national designated authority as its communication channel with the GCF.

"So far we have not received any project proposal," Glemarec said. He took up his post in April this year. 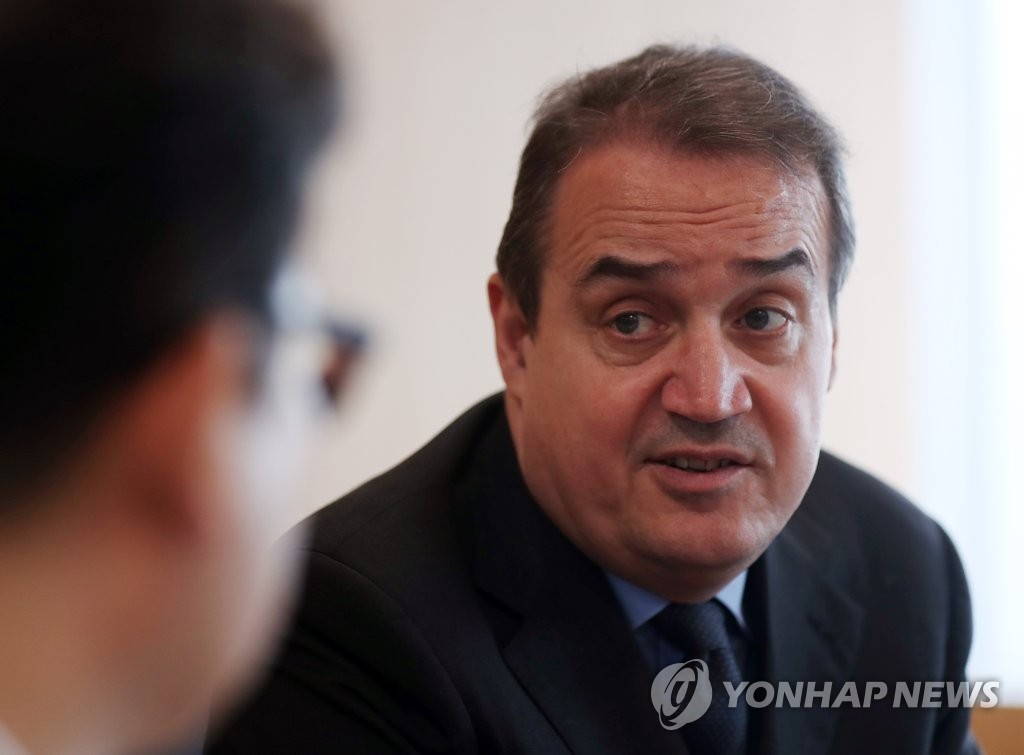 North Korea appears to be in need of international assistance to better deal with climate change, given its severe deforestation.

About 32 percent of North Korean forests have been destroyed, and the country has the third-worst deforestation among 180 countries, according to South Korea's unification ministry, which handles inter-Korean affairs.

Experts have said severe deforestation is one of the reasons behind the devastating floods that have hit North Korea in recent years.

The fund has so far received US$7 billion from about 40 countries, including South Korea and the United States. South Korea contributed $100 million to the fund.

Glemarec said the fund -- which was initially capitalized in 2014 -- will have allocated all the resources by the end of the year.

The Incheon-based fund is meant to channel billions of dollars toward climate action in developing countries.

Glemarec said a technical meeting is set to be held in Ottawa in late August, followed by a pledging conference in either October or November for the fund's first replenishment.

"The replenishment of (the) GCF is important for all the project proponents of being helped by the GCF. It is important for the entire climate change negotiation and the capacity of the world community to address climate change at scale," Glemarec said. "Successful and ambitious replenishment of the GCF will send (a) very positive signal to all developing countries."

He said he expects replenishment to be successful because Germany and Norway have announced they will double their contributions to the fund.

Earlier this month, the fund approved $267 million in funding for 10 new projects in developing countries to help them deal with climate change.

The latest approvals bring the Green Climate Fund's portfolio to a total of 111 projects, committing around $5.2 billion of the fund's resources to climate action in 99 developing countries.

Glemarec said developing countries can move from coal power plants directly to solar and wind energy, noting that these are already the most cost-effective sources of energy in many markets.