SEOUL, July 16 (Yonhap) -- A North Korean nuclear negotiator, reported to have been executed as punishment for the failed summit in Hanoi with the United States, appears to be alive, South Korea's state intelligence agency told lawmakers here Tuesday.

Citing multiple sources, a Seoul-based newspaper reported in late May that the negotiator, Kim Hyok-chol, had been executed by gunshot in a purge by North Korean leader Kim Jong-un of some officials involved in preparations for his Hanoi meeting with U.S. President Donald Trump in late February.

The talks ended abruptly with no accord amid differences over the definition of substantive denuclearization.

Kim served as Pyongyang's special representative for Washington at that time.

In a closed-door briefing for the National Assembly's intelligence committee, however, Suh Hoon, head of the National Intelligence Service (NIS), said his agency think Kim is alive, according to Rep. Kim Min-ki of the ruling Democratic Party. 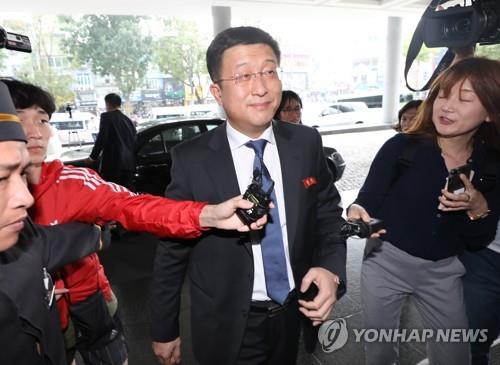 The assessment contrasts with the NIS's cautious view of Kim's fate over the past several weeks, Kim noted.

But they soon appeared in public, raising doubts about the newspaper's report.