(ATTN: ADDS reaction from association of taxi drivers in paras 17-18)
By Choi Kyong-ae

SEOUL, July 17 (Yonhap) -- In what could signal an end to a monthslong tussle between conventional taxi service providers and new mobility platform operators, the South Korean government on Wednesday proposed easing regulations for new ride services, while outlining measures to support the taxi service industry.

The taxi industry has been at odds with ride-sharing and car-hailing service operators since last year as they believe new ride businesses abused a legal loophole and will kill their jobs over time.

In the proposals outlined by the Ministry of Land, Infrastructure and Transport, car-hailing services like the rental van-hailing service Tada should chip in a certain portion of their earnings to a state-managed fund to be established for the purchase of taxi driver licenses amid an oversupply. 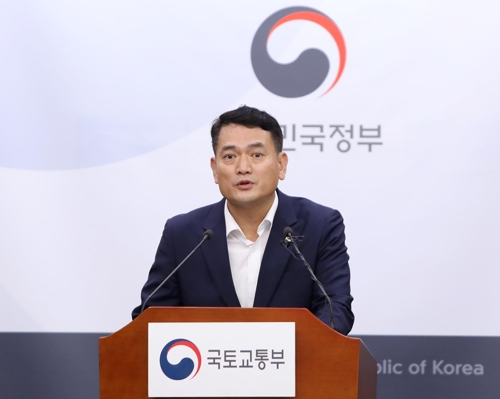 "The proposed measures are aimed at settling the conflict between taxi and new platform companies, and seeking mutual growth, while providing better services to the general public," Land, Infrastructure and Transport Vice Minister Kim Kyung-wook said in a press briefing held in the administrative city of Sejong.

The government has been facing strong calls to resolve the issue, as enabling app-based hailing services is regarded as one of the signature policies of the Moon Jae-in administration.

It has also tried to reduce the number of taxi driver licenses in order to resolve an oversupply of taxis.

"The country has about 252,000 licensed taxis. As some 40,000 out of the total remains idle or unused, the government is planning to cut them," a ministry official said.

In return for their contribution for the taxi license purchases, Tada and other car-hailing companies will be allowed to compete with taxis, he said.

The Tada service, launched in October last year and operated by car-sharing app SoCar's subsidiary Value Creators & Company (VCNC), offers ride-hailing services through rented 11-seat vans instead of sedans. Local transport laws allow rental cars with a capacity of 11-15 seats to be legally leased with a driver. Tada's app links customers to vans driven by one of the service's pool of drivers.

Tada has rapidly expanded its presence in the Seoul metropolitan area, boasting over 600,000 users and 1,000 registered vehicles as of May. Nine out of 10 Tada users called the service again after their initial journey, VCNC said.

In Korea, taxi drivers have long been criticized for reckless driving, rudeness and selectively picking up passengers depending on their destination. So there has been a rising demand for differentiated but not expensive ride services.

Although Tada (the Korean word for "ride") set its prices higher than those of conventional taxis when it started last year, its fares are currently not very different from those of normal taxis in Seoul, which rose 19 percent to a starting rate of 3,800 won (US$3.30) in February.

In other measures, the government will also officially allow the joint services between new ride platforms and existing taxis, such as the "no-refusal" cab-hailing platform Waygo Blue, launched by local taxi franchise Tago Solutions and the country's dominant mobile messaging app Kakao Corp., the ministry said.

It also plans to ease regulations for ride-hailing agent services offered by the Kakao T platform, which connects taxis and customers. Kakao T platform is operated by Kakao Mobility, an affiliate of Kakao Corp., it said.

As part of efforts to strengthen the competitiveness of the taxi industry, the ministry said it plans to introduce a monthly salary system for taxi drivers.

"Working-level officials will determine a detailed plan within this year to carry out the measures, and the government aims to complete the revision to related laws by December," the vice minister said.

"We agree with the government's taxi-reform proposal and welcome the adjustment of the regulations," the Seoul Taxi Association said in a statement. "Tada should immediately suspend its illegal driving operations."

In a statement released after the government's announcement, Tada operator VCNC said the measures are limited in that they favor the established taxi industry and its interests.

VCNC Chief Executive Park Jae-wook said, "There should be a new agreement (between the related parties) in a new era."

To continue its ride-hailing services, VCNC has to purchase its own vehicles, instead of renting vans, and contribute some of its income to the state-managed fund.

They called on the government to carry out the measures as quickly as possible and thoroughly supervise the market as they hope to compete with conventional taxis on a level playing field. 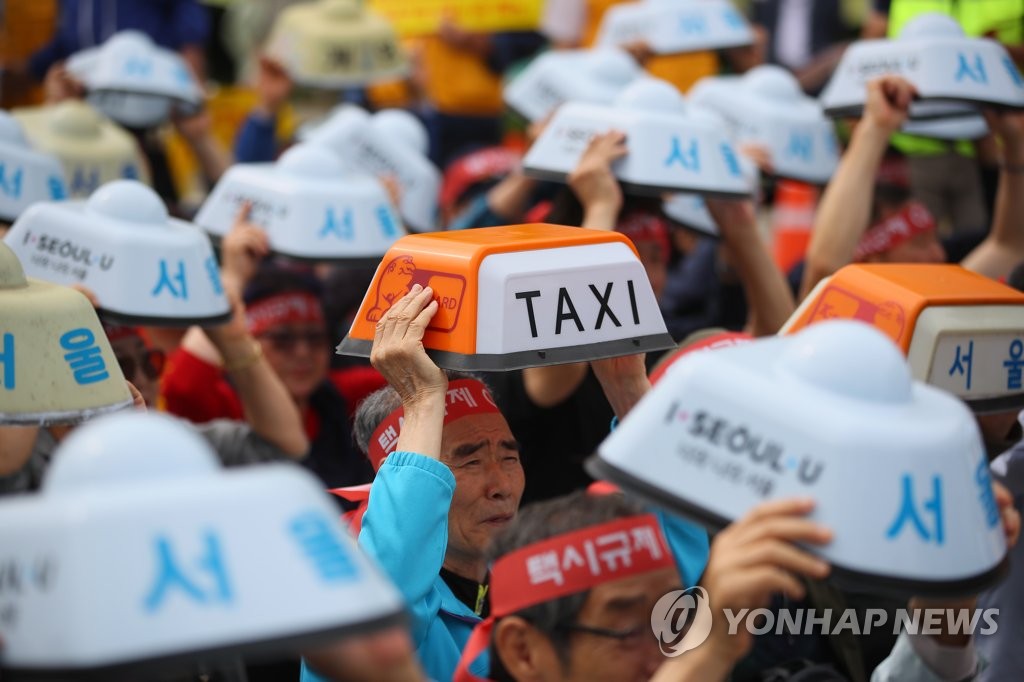