SEOUL, July 17 (Yonhap) -- FIFA President Gianni Infantino has offered his congratulations to the head of the Korea Football Association (KFA) on the country finishing second at the FIFA Under-20 World Cup last month, the association said Wednesday.

In a letter to KFA President Chung Mong-gyu dated Monday, Infantino said he "would like to reiterate (his) warmest congratulations to (the) U-20 national team."

South Korea suffered a 3-1 loss to Ukraine in the final of the U-20 World Cup at Lodz Stadium in Lodz, Poland, on June 15.

"This is, no doubt, the result of effort and hard work, and everybody involved can be proud of this achievement," the FIFA head wrote, extending his congratulations to the players, coach Chung Jung-yong, the administration, the entire technical and medical staff, as well as the fans.

He also expressed thanks to the South Korean team and the KFA "for helping spread the positive message of football and foster the practice of the beautiful game that unites us all."

South Korea reached the final of the FIFA U-20 World Cup in Poland, the first time it had done so at a men's FIFA tournament. 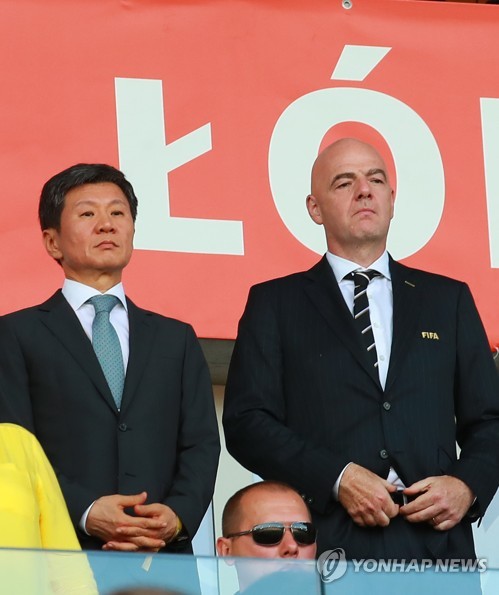