Woo advanced to the final of the 3m springboard at the FINA World Championships on Wednesday at Nambu University Municipal Aquatics Center in Gwangju, 330 kilometers south of Seoul. The top 12 divers from the semifinal field of 18 reached the final, and those dozen also punched their tickets to Tokyo for next summer. 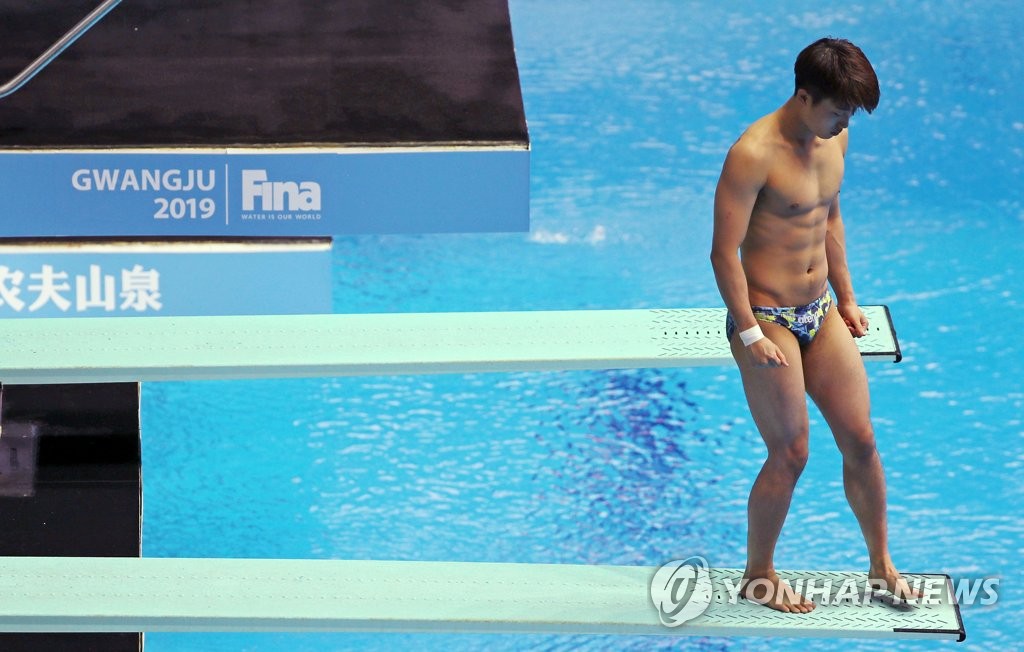 Tokyo next year will be Woo's second straight Olympic appearance. At Rio de Janeiro 2016, Woo finished 11th in the 10m platform, the highest placement by a South Korean diver at any Olympics, and ranked 24th in the 3m springboard.

The preliminary and the semifinal for the 10m platform at the world championships will take place Friday, with the final set for Sunday.

In diving, the two highest and the two lowest scores from seven judges are dropped, and the three remaining scores are added and multiplied by the degree of difficulty.

In the 3m springboard preliminary, Woo ranked third with 457.70 points from six attempts. Then in the semifinals, Woo was tied for seventh place after the first dive of 76.50 points. But he dug himself in a hole with a mediocre second dive that netted him just 49.30 points, which dropped him to 16th place and nearly seven points behind 12th.

The South Korean bounced back with a superb third dive, a forward 4 1/2 somersault tuck worth 3.8 points in degree of difficulty, and scored 96.90 points to jump to a tie for sixth place. It was the highest score by anyone in the third round.

But the score of 50.75 points in the fourth dive dropped Woo to 12th, right on the cutoff line with two dives remaining.

Woo earned 67.50 points with his fifth dive but fell to 13th place, nearly five full points back of Colombian Daniel Restrepo, who occupied the 12th spot.

Xie Siyi, the defending champion from China, won the semifinal 522.60 points. No one else scored over 500 points, as Cao Yuan of China was a distant second with 469.30 points. 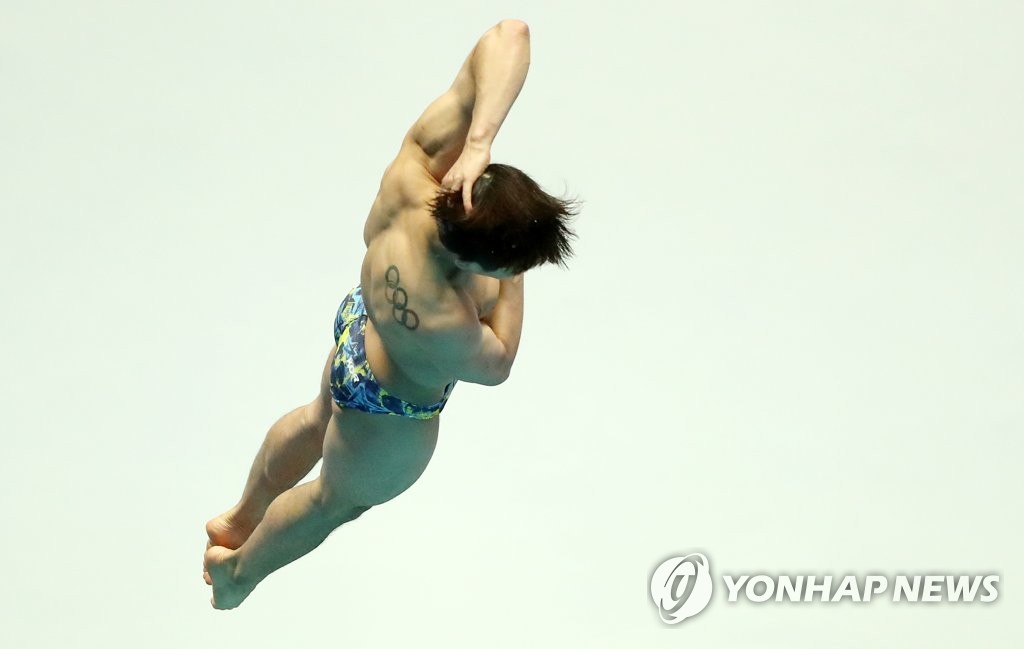