GWANGJU, July 17 (Yonhap) -- A South Korean diver with the Olympic Rings tattooed on his shoulder is headed to Tokyo for the 2020 Summer Games.

The 21-year-old Woo Ha-ram secured his ticket to the next Olympics in the 3m springboard by advancing to the event's final at the FINA World Championships on Wednesday.

In the semifinal featuring 18 divers, Woo ranked 11th with 430.65 points, just one spot above the cutoff line for Thursday's final at Nambu University Municipal Aquatics Center in Gwangju, 330 kilometers south of Seoul. 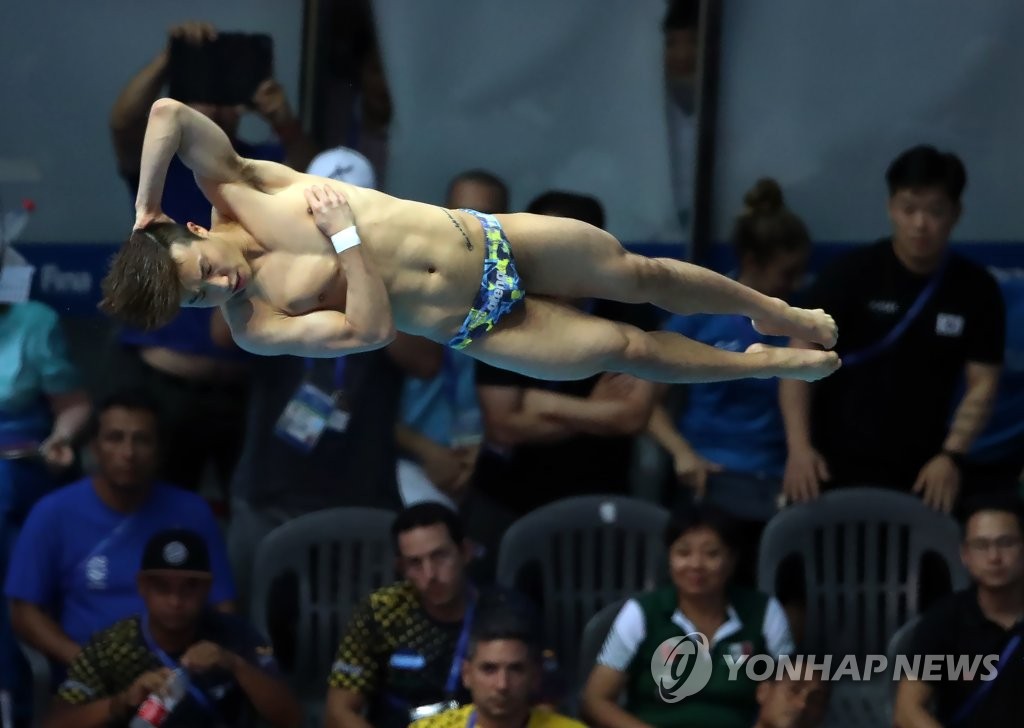 With one dive remaining, Woo was sitting in 13th place with 340.95 points, perilously close to missing out on an Olympic berth. Woo saved his most challenging dive for the last round, and it was also an element -- a forward 2 1/2 somersaults with three twists -- in which he had the most confidence.

Woo needed to score at least 420 points overall to get his Olympic spot, and he cleared that with room to spare, thanks to 89.70 points with the final dive.

In diving, the two best and the two worst scores from seven judges are dropped, and the sum of the remaining scores is multiplied by the degree of difficulty. Woo's final dive was worth 3.9 points in difficulty score, and Woo said he didn't doubt that he could pull it off.

"My primary objective at these world championships was to get an Olympic spot, and I am happy that I accomplished that," Woo said. "I was seventh in this event at the 2015 worlds and hopefully, I will finish higher this time."

This will be Woo's second straight Olympic appearance. He competed in both the 3m springboard and the 10m platform at the 2016 Olympics in Rio de Janeiro, and made the final in the latter to become the first South Korean diver to go that deep at an Olympics. He'll have a chance to qualify for the 10m platform in Tokyo on Friday.

"Though the 3m springboard is my main event, that doesn't mean I don't have confidence in the 10m platform," Woo said. "I'd love to qualify for the Olympics in that event, too." 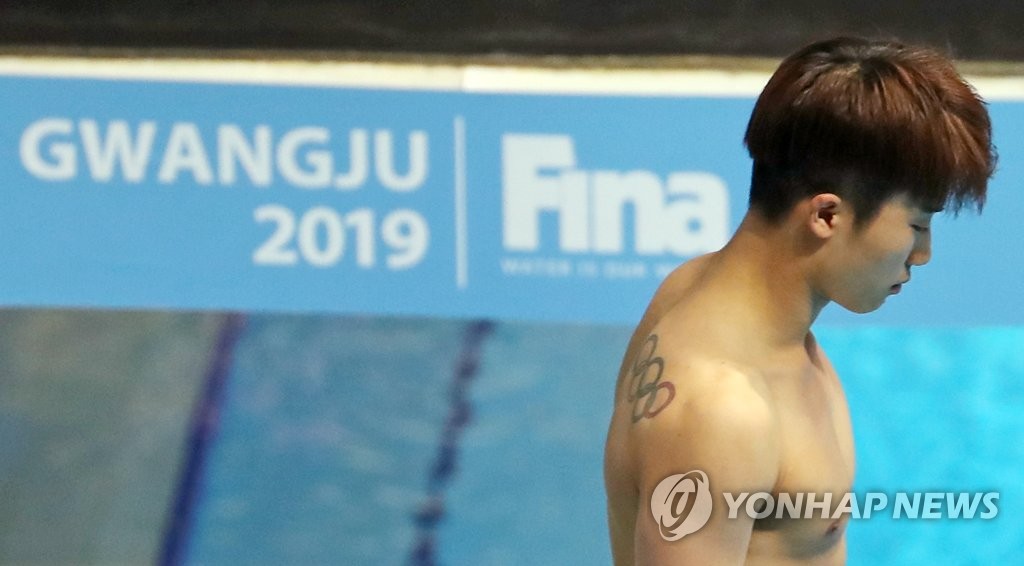 Woo said he had no idea that an Olympic spot was at stake when he was competing at the 2015 world championships. This time, he was fully aware of what he had to do, which only added pressure.

"Back in 2015, I didn't know any better, but this year, I became too conscious of the Olympic qualification," Woo said. "But at the same time, I was confident that I could do it. Now that I've reached the final, I'll be able to relax a bit and keep doing what I am capable of doing."

As for the tattoo on his right shoulder, Woo said he got it as soon as he turned 20. As a child with aspirations of diving at an Olympics someday, Woo thought the five rings on the bodies of Olympians "looked cool."

"Growing up, I always admired the Olympic Games," he said. "I'll try to reach the final at the Olympics again and do even better than the last time."