The album's main track "Humph!," whose Korean title translates as "Off Limit," is a rhythmic, playful number, evocative of childhood. Pentagon's team leader and producer Hui composed and wrote the lyrics for the song in collaboration with Giriboy.

The duo also created another track, "Fantasystic," while two other members -- Jinho and Wooseok -- wrote the lyrics for the third track, "Summer!."

All nine members, including Yan An who suspended his stage career due to health reasons, created the last track, "Round 2," together.

"SUM(ME:R)" is the only of the band's nine EPs that has summer as its theme. "They are very upbeat songs that may be best fit for the background of a summer vacation," member Yeo-one said in a press showcase of the new album.

"This album shows we made progress. We are confident that we can do well with this album, having verified (positive) reactions from fans," member Kino noted.

Since its debut in 2016, Pentagon has worked incessantly to become a famously self-produced band, led by Hui.

"I wish the two songs will be able to compete against each other. It will be a good thing for me," Hui said, referring to "Humph!" and the song he wrote for the show.

"(Pentagon) issued nine EPs over the past three years. And except those released right after our debut, the albums were all composed and written by the members, solidifying our band's unique color," member Jinho said.

"We will be able to come up with a full-length album finally when we completely (find) our color," he said.

Three years since debuting, the band is also set for its first world tour, "Prism," which will kick off in August to a total of 23 cities across the world.

The tour will hit destinations including Santiago, Milan, Lisbon, Berlin, Paris, Moscow and Tokyo, in addition to major U.S. cities.

"I have always wished that we would be able to perform outside of the country and we thankfully found this opportunity," member Yeo-one said. "So we are very excited and nervous now to meet and greet overseas fans and experience the culture and food of different countries." 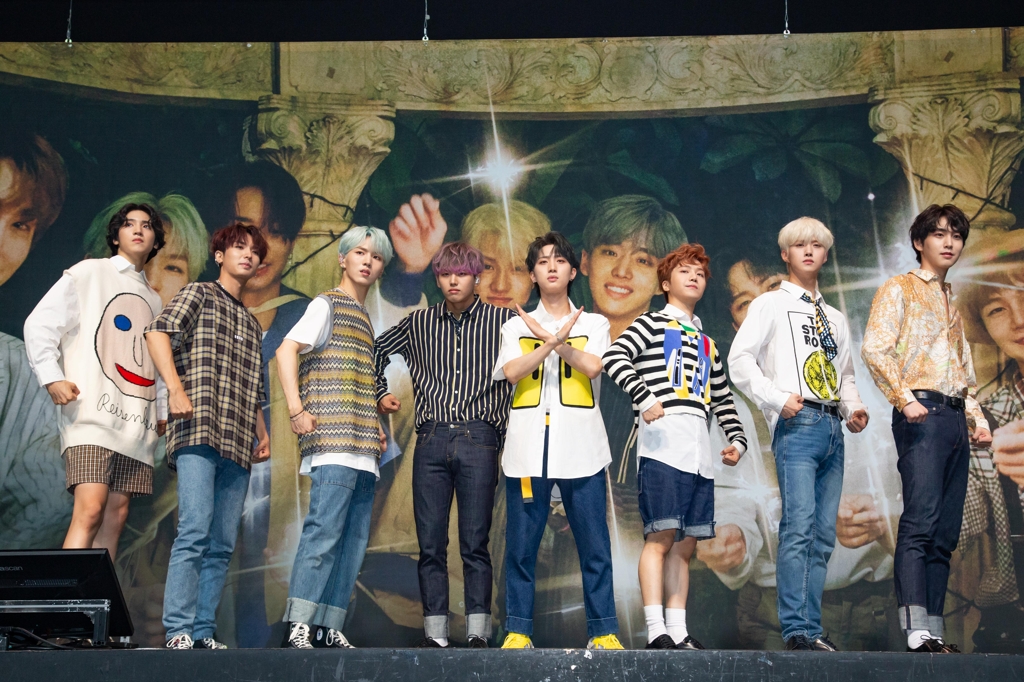