GWANGJU, July 17 (Yonhap) -- South Korea dropped its second straight game in the men's water polo at the world championships on Wednesday, as its hopes of reaching the knockout round hang in the balance.

One goal apiece by Han Hyo-min and Lee Seong-gyu weren't nearly enough in South Korea's 22-2 loss to Serbia in Group A action at the FINA World Championships in Gwangju, 330 kilometers south of Seoul, on Wednesday. 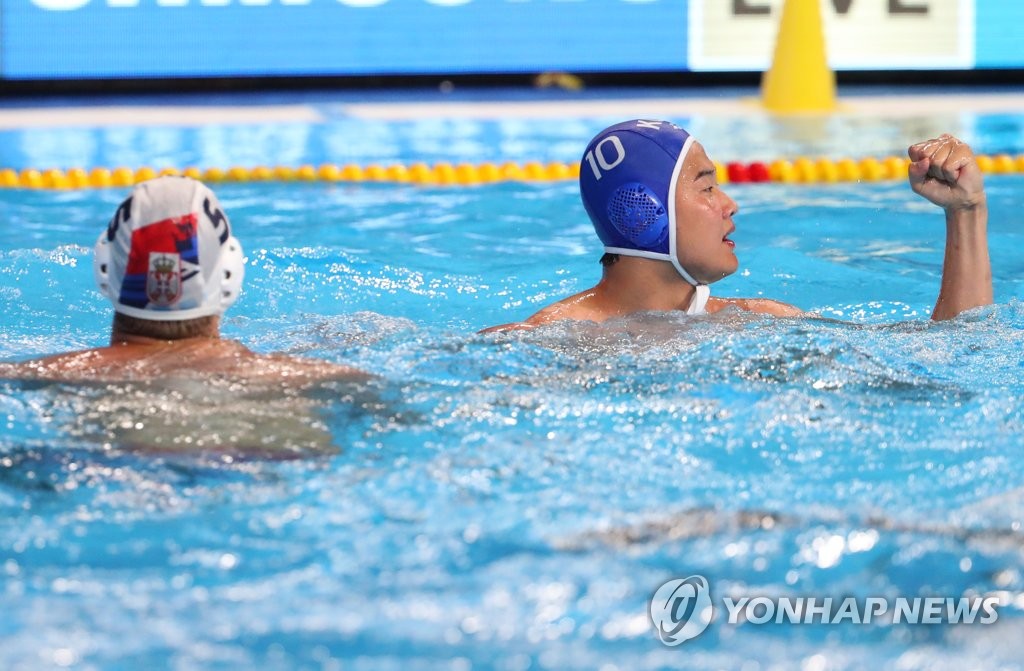 After suffering its second straight defeat at Nambu University Water Polo Competition Venue, South Korea will close out the preliminary action against Montenegro on Friday.

From four groups of four, the top seeds will advance directly to the quarterfinals, while No. 2- and No. 3-ranked teams will battle in the playoffs for the remaining four spots in the quarters. The last-place teams will be relegated to the placement matches.

South Korea can advance to the playoffs by beating Montenegro, which has had two consecutive draws for two points. A South Korean win Friday will give both teams two points, but South Korea will hold the tiebreak edge with superior head-to-head points. 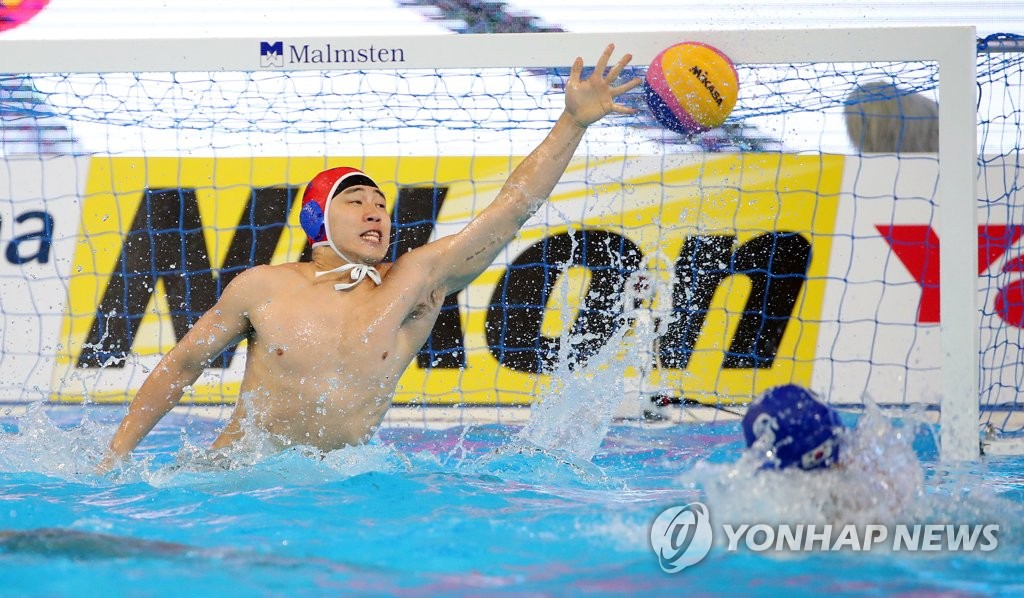 This is the first world championships for South Korea, which received its spot as the host nation of the tournament. Serbia is the 2017 world bronze medal-winning team with five players from two years ago back still in the fold.

All three of those goals came in the second half, but South Korea didn't waste much time getting on the board in this one. With South Korea down 4-0, Han Hyo-min scored in an extra player situation with 3:46 left in the first quarter, while a Serbian player was serving a foul.

Serbia closed the quarter up 6-1, but South Korea sent a message that it wasn't going down without a fight.

South Korea couldn't capitalize on several extra man advantages in the second quarter, while Serbia pulled ahead to take a 11-1 lead at halftime.

Lee Seong-gyu scored South Korea's second goal on a penalty shot with 3:15 left in the third, cutting the deficit to 14-2. But it was all Serbia the rest of the match, as the Europeans scored eight unanswered goals. 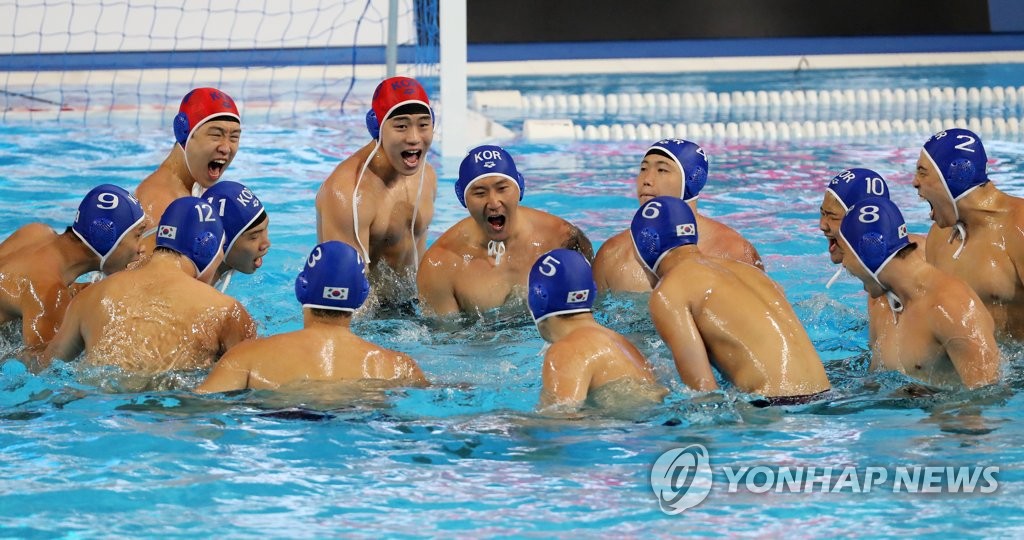