GWANGJU, July 17 (Yonhap) -- That South Korea scored multiple goals in back-to-back games in the men's water polo tournament at the world championships is somewhat of a surprise, given that the team is competing at the biennial event for the first time against some of the very best.

But as far as Han Hyo-min is concerned, the team should have scored even more goals in a 22-2 loss to Serbia on Wednesday. 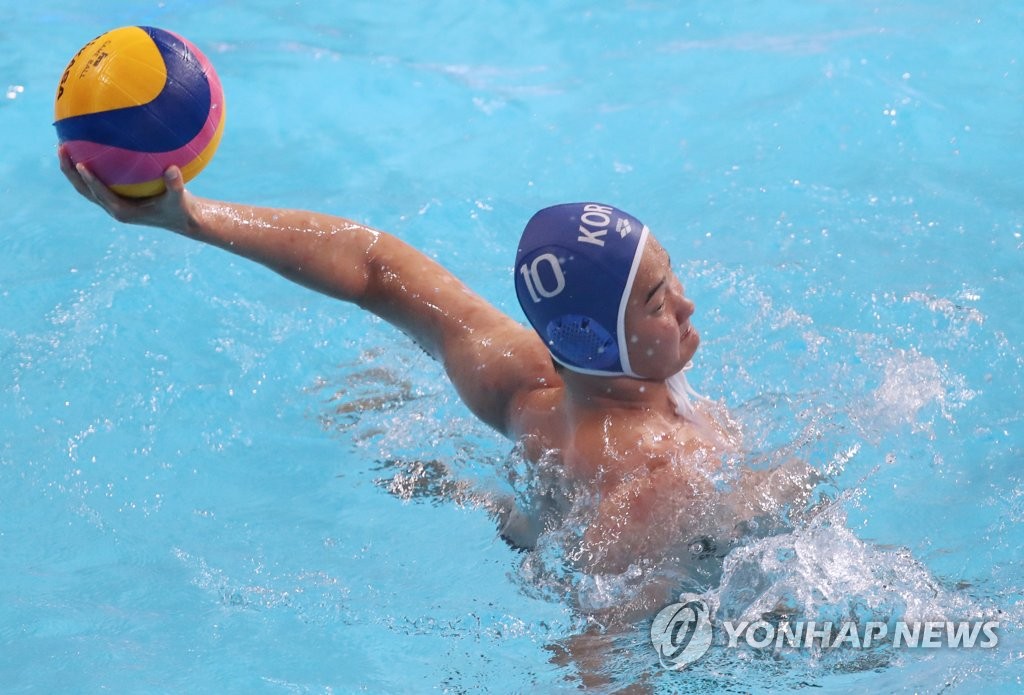 Han scored South Korea's first goal of the Group A game at the FINA World Championships at Nambu University Water Polo Competition Venue in Gwangju. His goal, which came with 3:46 left in the opening quarter in an extra player situation, cut the deficit to 4-1.

South Korea had six more extra man situations, but failed to convert any of them. On the other hand, Serbia scored in each of its six man advantage situations.

"Toward the end, we could tell the Serbian players were running out of gas, and it created a lot of scoring opportunities for us," Han said after the match. "We didn't have the finishing touch. We'll try to do a better job around the net in the next game."

South Korea has lost its first two games, having dropped the opener to Greece 26-3. But with a win over Montenegro on Friday in the final Group A game, South Korean can still reach the playoffs for a quarterfinal berth.

But beating Montenegro, which finished fifth at the previous world championships and brought back eight players, will be a tall task for South Korea. Han laid out a realistic goal for his team.

"We'll try to keep the other team under 20 goals," Han said. "After our first game, we talked about tightening things up on the defensive end, and I think we did a solid job today." 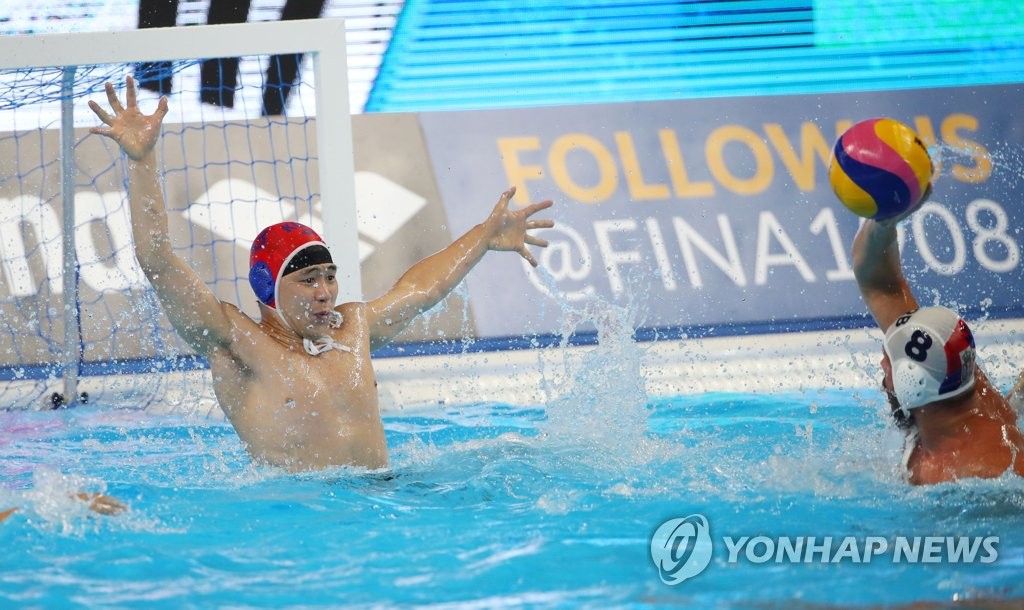 South Korea's last line of defense, goalkeeper Jung Byeong-young, played his part in that regard. In a blowout loss like this, heroics by the losing goalkeeper can easily be forgotten, but Jung made some spectacular, highlight reel-worthy saves to keep the game from going further out of control.

"I got lucky a few times, and the six players in front of me all played strong defense," Jung said. "I fed off the energy of the crowd. Our fans were really loud today."

Jung said he kept biting on Serbian players' pump fakes. He said those players have such huge hands that they could fake goalkeepers without having the ball ever slipping out of their palms.

"Every fake looked like a shot attempt," Jung said. "But I did make a few shots here and there."

Jung didn't play in the first game against Greece, with Lee Jin-woo being in goal for all 26 goals. With no injury to Lee to speak of, Jung said he started Wednesday's game "because my coaches told me to."

Jung seems to have an inside track for the next starting assignment, but he declined to look that far ahead.

"I'll just do whatever my coaches say," he said. "If I get another start, I'll make sure I won't have any regrets." 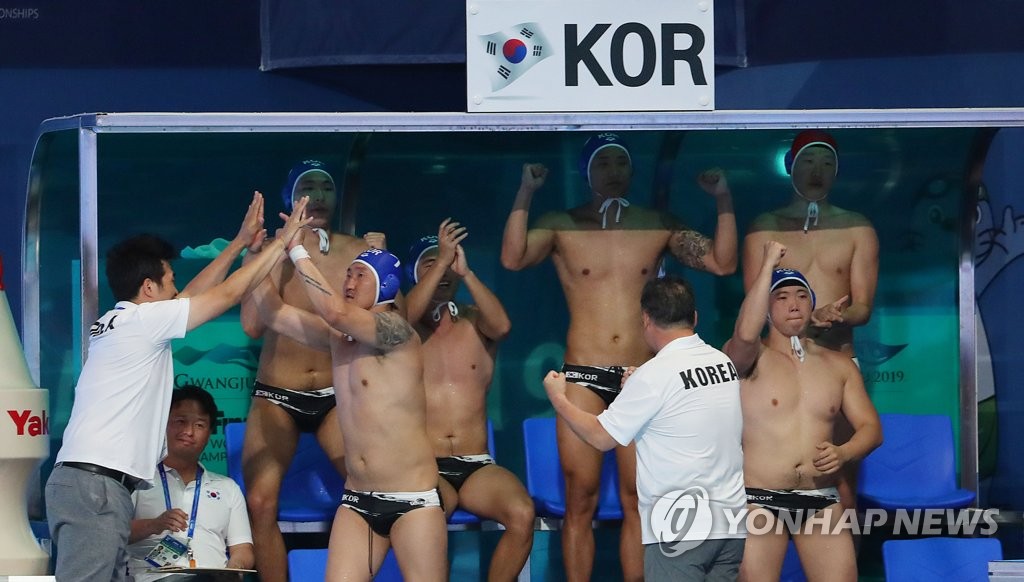