SEOUL, July 18 (Yonhap) -- Home sales in South Korea plunged more than 28 percent in the first half of the year compared to a year earlier, data showed Thursday, amid tightened regulations intended to curb rising housing prices.

The number of housing transactions came to 314,108 in the first six months of the year, down 28.2 percent from a year earlier, according to the data compiled by the Ministry of Land, Infrastructure and Transport. The figure is 35.8 percent down on the five-year average of 489,373.

Market watchers said home seekers are staying on the sidelines and hesitating over home purchases in the face of heavy taxation and toughened mortgage regulations.

The Moon Jae-in administration has introduced a series of regulations in recent years to stabilize the country's overheated property market. The so-called Sept. 13 measures last year, imposed tougher taxes and financial regulations on owners of high-priced housing and multiple homes. 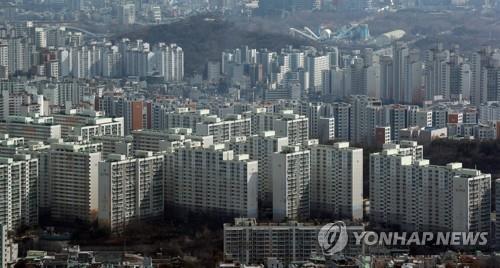 Home transactions down 28 pct in H1

Home transactions down 28 pct in H1