GWANGJU, July 18 (Yonhap) -- Partisan fans attending events ranging from artistic swimming to diving to water polo during the first week of the FINA World Championships in Gwangju have been boisterous in support of their homegrown athletes.

In turn, these athletes have spoken glowingly about their loud and passionate fans. This is the first time South Korea is hosting this biennial event, and these aquatic athletes have never competed before such supportive crowds.

But sometimes, it pays to be quiet. 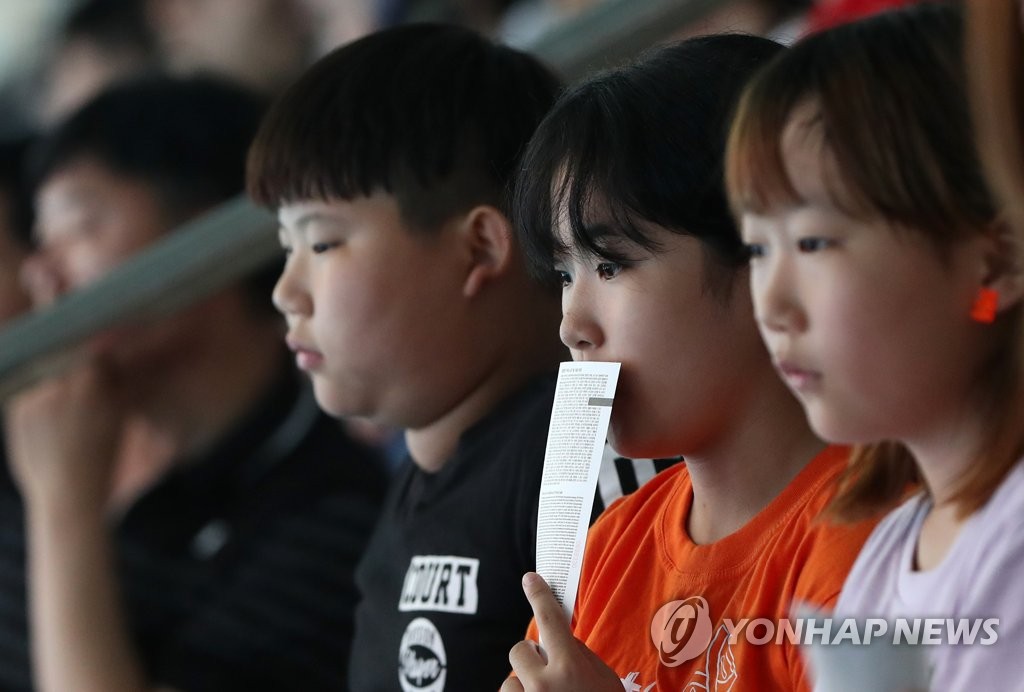 During diving events at Nambu University Municipal Aquatics Center throughout the week, giant scoreboards hanging from the top often flashed the message, in Korean, "Please be quiet." And the public address announcer has had to remind fans that they had to remain silent during dives to ensure athletes' safety.

Whenever names of the South Korean divers have been called, fans have responded with thunderous claps, mixed with whistles and screams. The problem is you could still hear cheers when those athletes were preparing for their dives -- a big no-no in diving. And when Korean or other divers were in mid-air, performing their somersaults or other challenging routines, it drew oohs and aahs from the crowd, which can also be distracting and potentially dangerous for competitors.

Most of the fans are watching diving in person for the first time. They know little about the intricacies of the rules of the game, let alone crowd etiquette.

But etiquette or not, it seems almost rude to tell these excited fans to keep their mouths shut. Athletes are supposed to fight off distractions and rise to the occasion, right?

It's a fine line, one that, when crossed, could put athletes in hot water.

Case in point: In September 2017, South Korean men's football captain Kim Young-gwon was forced to issue a teary apology after complaining in a post-match interview that he couldn't talk to or hear his teammates because of crowd noise.

South Korean diver Kim Yeong-taek toed that line Wednesday, after competing in the preliminary of the men's 3m springboard. 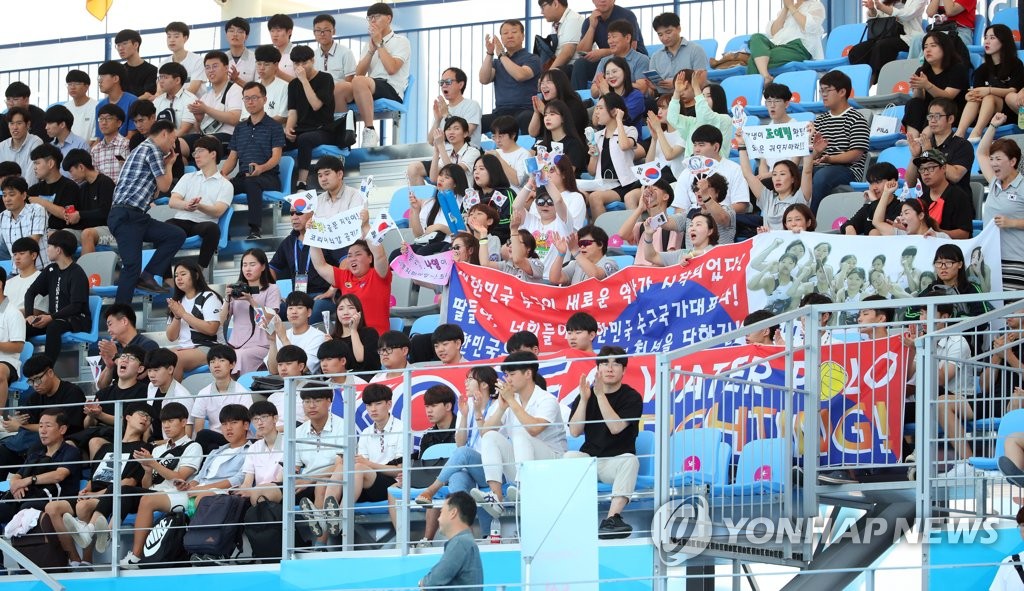 "Diving is still an unfamiliar sport to fans in Korea, and people's etiquette will improve if diving becomes more popular," he said. "I've never competed with this much cheering and support. I felt great, and it gave me an extra boost of energy."

If you want to scream at the top of your lungs at these world championships, then water polo may be your sport.

And South Korean fans have had more to cheer about than they'd probably expected. Both the men's and the women's teams got in as the host country and are competing at their first world championships. The men's team has netted five goals in two games and the women's team got its first goal in its second game against Russia.

Kim Moon-soo, who had the first goal for the men's team on Monday, said the energy from the stands was contagious.

"I've never played before such a huge crowd, and I've never heard my name chanted this loudly," Kim said. "I could barely contain myself."

These fans may not know the fine points of water polo, but they know a good save by a goalkeeper when they see one. In Wednesday's 22-2 loss to Serbia on Wednesday, Jung Byeong-young made some spectacular stops that prevented the game from getting further out of control.

Jung later credited the fans behind him for helping him survive the Serbian onslaught.

"We played a world-class team, and we tried to keep the damage to a minimum," Jung said. "I had an extra bounce in my step because of these fans. They were really loud today." 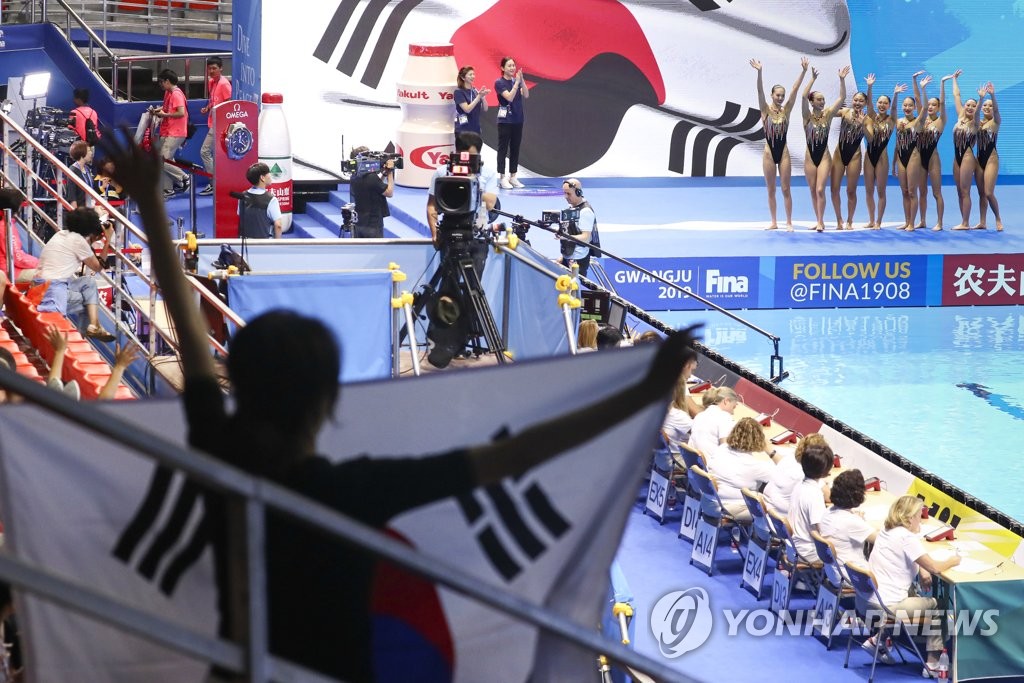 (Gwangju Swimming) For fans at some events, it pays to stay silent

(Gwangju Swimming) For fans at some events, it pays to stay silent