GWANGJU, July 18 (Yonhap) -- Swimmers for host country South Korea got their first practice in at the main pool for the world championships on Thursday.

Some 20 swimmers arrived at Nambu University Municipal Aquatics Center in Gwangju at 7 a.m. and jumped into lanes at the venue that, starting Sunday, will host all swimming races for the FINA World Championships. 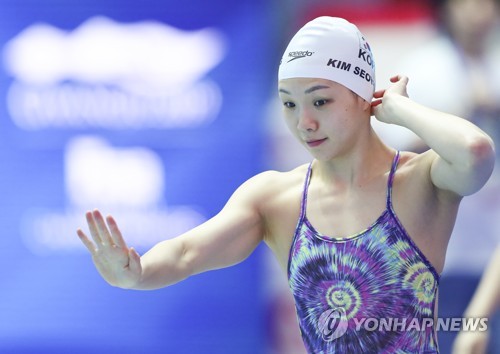 South Korean swimmer Kim Seo-yeong prepares for her practice ahead of the FINA World Championships at Nambu University Municipal Aquatics Center in Gwangju, 330 kilometers south of Seoul, on July 18, 2019. (Yonhap)

The team of 14 male swimmers and 15 female swimmers will be headlined by Kim Seo-yeong, considered the country's best hope for a medal in the pool.

Kim won gold in the 200m individual medley (IM) and silver in the 400m IM at the 2018 Asian Games and holds the national records in both.

She arrived at the pool a few minutes after the first batch of her teammates and declined to speak to reporters other than a perfunctory hello.

Katinka Hosszu of Hungary should be the one to beat. The three-time defending world champion in the 200 IM leads everyone this year with a time of 2:08.28. Hosszu owns the four fastest times in the 200 IM in 2019 and also holds the world record with 2:06.12.

Kim will also have to contend with Rika Omoto and Yui Ohashi of Japan, who trained alongside the South Korean on Thursday and who have both recorded better times in the 200m IM than Kim this year. 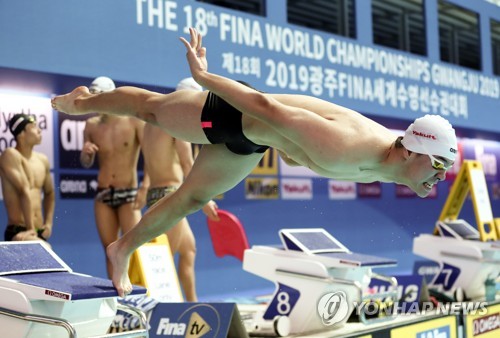 South Korean swimmer Jang Dong-hyeok dives into the pool during practice ahead of the FINA World Championships at Nambu University Municipal Aquatics Center in Gwangju, 330 kilometers south of Seoul, on July 18, 2019. (Yonhap)

Omoto has posted 2:08.64 in the 200 IM this year, and only Hosszu and Sydney Pickrem of Canada have been faster. Ohashi, who took the 200 IM silver behind Kim at last year's Asian Games, boasts the season best of 2:09.14

South Korean national team trainer Ahn Moo-jin offered a glimpse into Kim's preparations, saying she has put in long hours in the gym over the past two months.

"She's added a lot of muscle and she has taken great care of her body," Ahn said. "She used to fight pains in her shoulders, but she has no injuries to speak of at the moment."

The heats and the semifinals of the women's 200 IM will be Sunday. The final will take place the following evening. 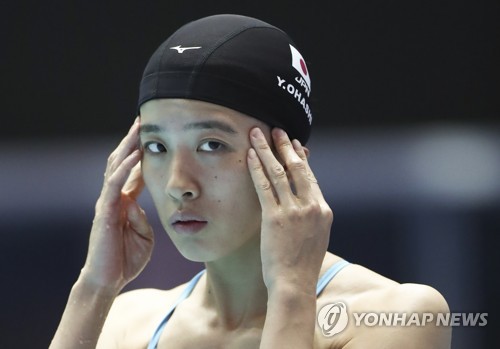