SEOUL, July 18 (Yonhap) -- As the first half of the 2019 season in South Korean baseball nears its end, the SK Wyverns look poised to repeat as champions.

The defending champions in the Korea Baseball Organization (KBO) are taking a 7.5-game lead over the Kiwoon Heroes into their first game before the All-Star break Thursday. At 64-30-1 (wins-losses-ties), they're the only club with more than 60 victories. 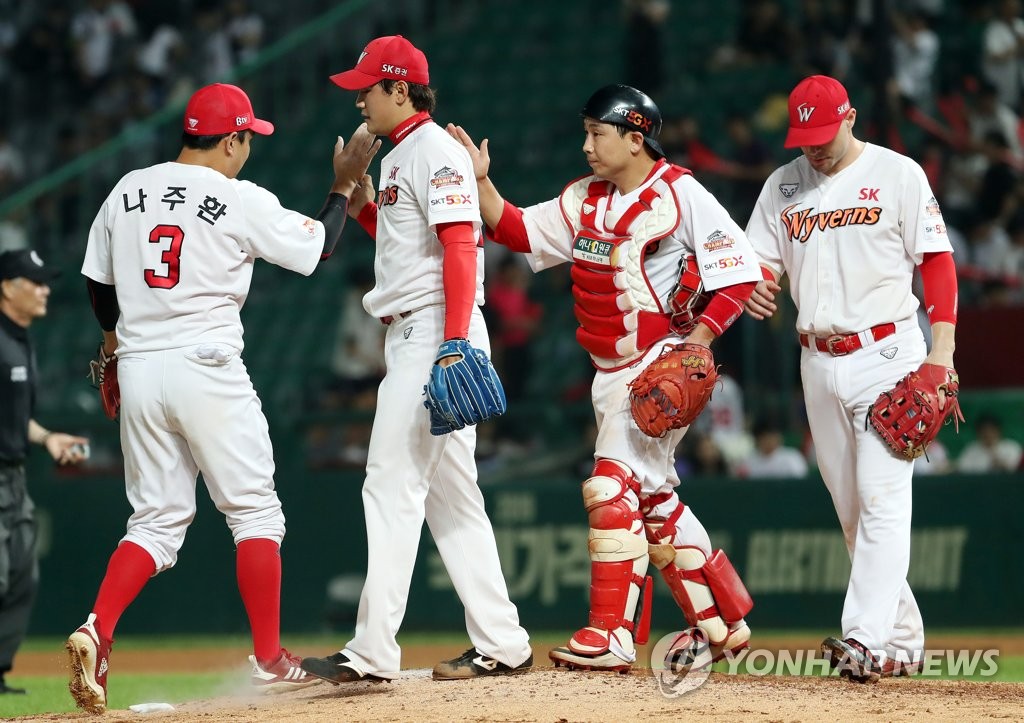 They finished second in the regular season last year but knocked off the Doosan Bears in the Korean Series for their first championship since 2010.

Youm had been the team's general manager the past two seasons, with American Trey Hillman running the show in the dugout. Hillman left the Wyverns after last season to spend more time with his family in the United States, and Youm, who previously managed the Nexen (currently Kiwoom) Heroes from 2012 to 2016, made a seamless transition back to the bench.

The Wyverns won three Korean Series titles in four seasons from 2007 to 2010, and, given the way they've run the table so far in 2019, they may be starting another dominant stretch.

Youm has been quick to pull the trigger on decisions that raised eyebrows at the time but have since paid dividends.

When the usually dangerous bats stayed cold early in the season, hitting coach Kim Moo-gwan was demoted to the minors. Closer Kim Tae-hoon had some adventures on the mound early and was swiftly replaced by unproven Ha Jae-hoon, a former outfielder who responded with a 29-game scoreless streak and a league-leading 23 saves. 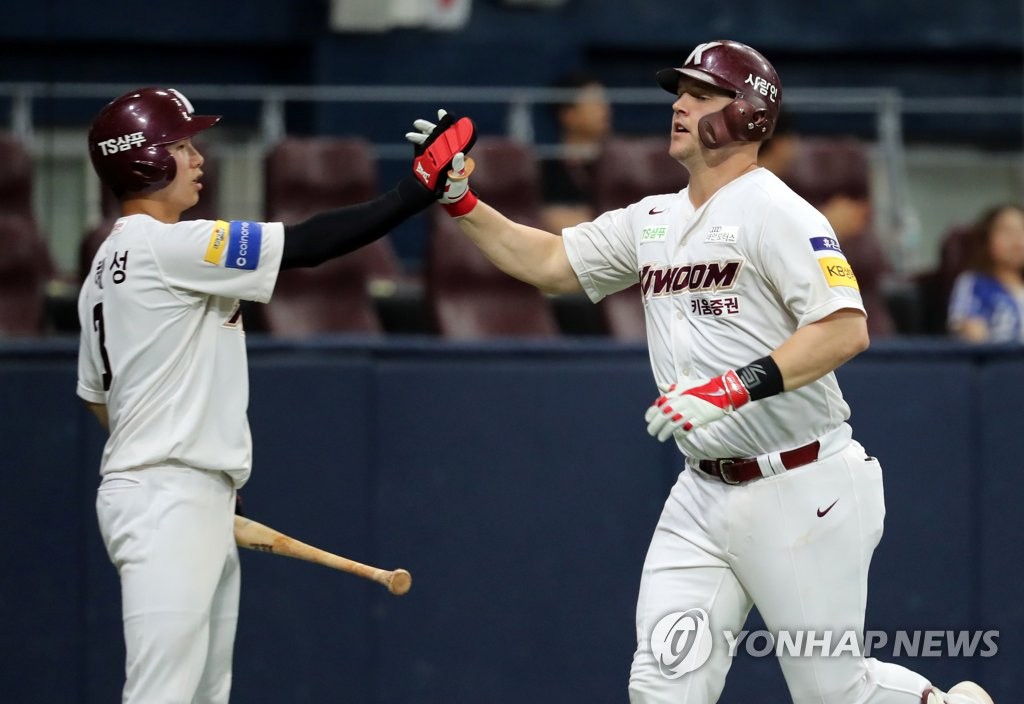 And to bolster an already strong rotation, the Wyverns waived Brock Dykxhoorn and signed Henry Sosa.

Dykxhoorn had a solid 3.56 ERA in 12 starts at the time of his release, but the Wyverns wanted a more dominant pitcher at the top of the rotation alongside Angel Sanchez and Kim Kwang-hyun. And Sosa, a veteran of three previous KBO clubs, has gone 4-1 in seven starts with a 3.64 ERA and 51 strikeouts in 42 innings.

The bats have come around for the Wyverns, who are once again leading the league in home runs after topping the category in each of the past two years. Third baseman Choi Jeong and first baseman Jamie Romak are first and second in the KBO with 22 and 20 dingers, respectively.

Other postseason contenders are fighting for second place. The Heroes hold a half-game edge over the Bears through Wednesday's action. 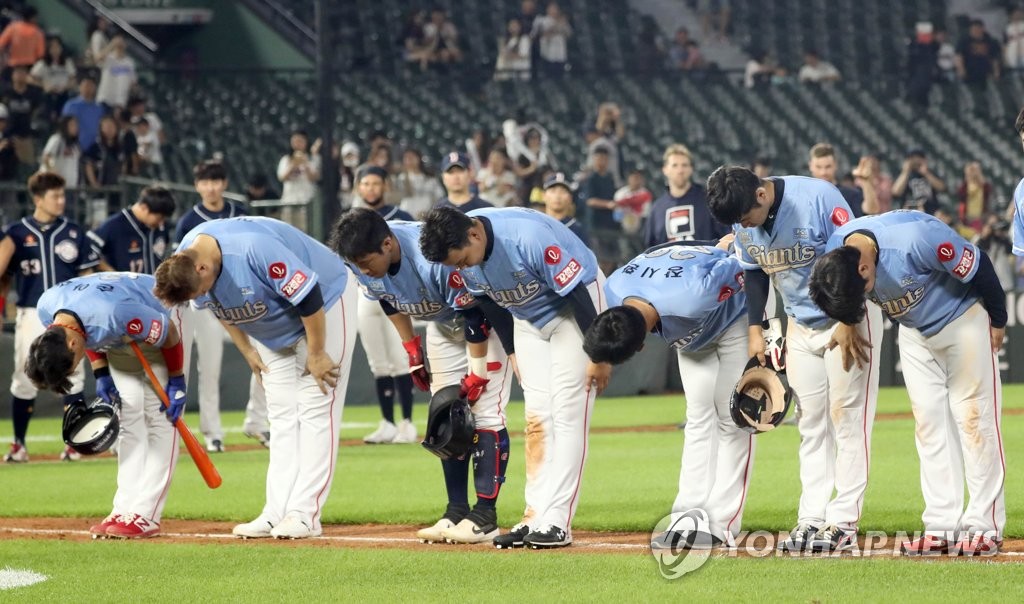 There's further distance between those two teams and the rest of the pack. The LG Twins are in fourth and sit 4.5 games out of third. The NC Dinos, who ranked as high as third in May, have fallen to fifth, and they're closer to sixth than to fourth.

The KT Wiz, seeking their first ever trip to the postseason in their fifth season, trail the Dinos by 1.5 games for the wild-card spot.

Some of the KBO's biggest draws occupy the bottom half of the standings. The Hanwha Eagles, after ending an 11-year postseason drought last year, are back in a more familiar place in the standings, ninth place with a record of 35-58.

The Lotte Giants, consistently among the league leaders in attendance, are in last place at 33-58-2.

Without compelling races for playoff positions, the league-wide attendance has fallen 7 percent from a year ago.