SEOUL, July 18 (Yonhap) -- Unionized workers at Hyundai Motor Co. have agreed to sharply increase the production of the Palisade SUV to catch up with demand, the union said Thursday.

Hyundai workers plan to manufacture the flagship Palisade in the No. 2 plant of the carmaker's main Ulsan plant in addition to the No. 4 plant designated for the popular model within this year, union spokesman Hong Jae-gwan said over the phone.

"The No. 2 plant will undergo an expansion project during the company's summer holiday early next month. The union has made the decision as increased production of the Palisade will help drive up the company's overall sales," he said.

Hyundai has annually produced about 96,000 Palisades at the No. 4 plant, but it now expects the number to jump to over 155,000 units a year at the two production facilities.

The maker of the Sonata sedan and the Santa Fe SUV has five plants in Ulsan, 414 kilometers southeast of Seoul.

Since its domestic launch in December, Hyundai has received a total of 100,000 units of the Palisade in the local market but delivered only 35,000 units due to lack of production.

Some 20,000 customers have canceled their orders due to delayed delivery.

From January to June, Hyundai sold 2.12 million units, down 5.1 percent from 2.24 million a year earlier. It aims to sell 4.68 million autos worldwide this year, higher than the 4.59 million units it sold last year. 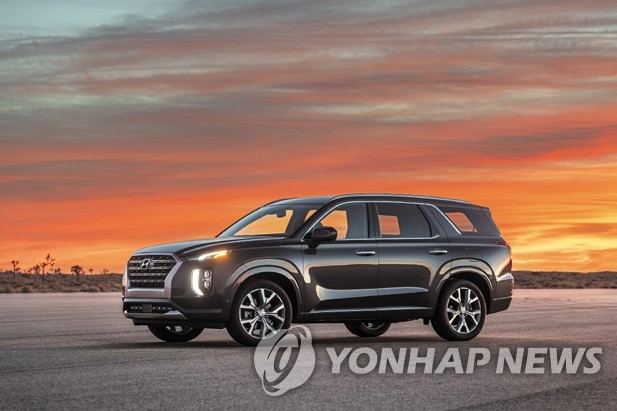