SEOUL, July 19 (Yonhap) -- South Korea's trade ministry on Friday refuted claims by Japan over its export curbs of high-tech materials, calling for Tokyo to respond to requests by Seoul to hold talks to resolve the matter.

Diplomatic and economic tensions are escalating between the neighbors after Tokyo recently tightened controls on exports of key high-tech materials crucial for the production of semiconductors and displays to Seoul, in apparent retaliation for a series of South Korean court rulings last year over Japan's wartime forced labor.

But Lee Ho-hyun, chief of the ministry's trade policy bureau, told reporters that the Japanese claim is "not persuasive" because the export curbs effectively ban Japanese firms from shipping the materials to South Korea.

As a result, South Korean chipmakers -- Samsung Electronics and SK hynix -- are in search for alternative supplies and working on the localization of key materials. 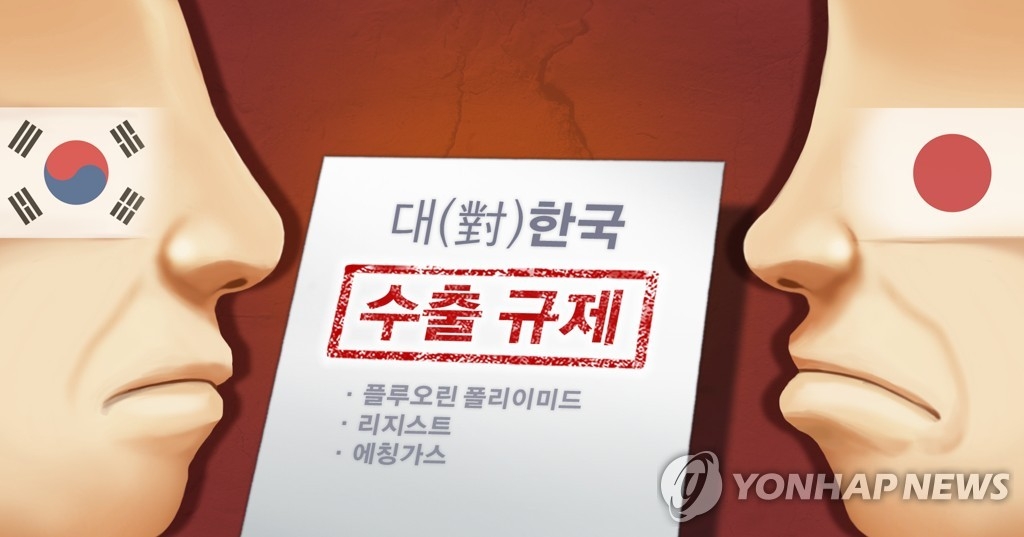 The Japanese curbs are expected to not only hurt relations between Seoul and Tokyo but also undermine global supply chains, Lee said.

Japan has also argued that South Korea's regulations of the materials are insufficient, but Lee said Seoul is better regulating such materials than Tokyo.

South Korea and Japan held their first face-to-face meeting last week in Tokyo, but the meeting showed deep differences between the two sides, with Seoul officials saying that Japan provided conflicting accounts of the export curbs.

South Korea has requested Japan to hold more talks to resolve the matter, but Tokyo has kept mum on the request, Lee said.

"We again demand Japan sincerely respond to the request for talks," Lee said.

Japan has lashed out at the ruling, claiming that the reparation issue was fully settled in the 1965 bilateral accord on normalizing the countries' diplomatic ties.

President Moon Jae-in has said, however, the October ruling against Japan's wartime forced labor means individual rights to damage claims are not terminated under the pact between the two countries.