GWANGJU, July 19 (Yonhap) -- U.S. swimmer Lilly King is as biting in her criticism of doping as she's fast in the pool.

At a press conference on Friday at the FINA World Championships in Gwangju, King, a four-time world champion and a two-time Olympic gold medalist, took thinly-veiled shots at Chinese star Sun Yang, who's accused of destroying vials containing samples of his blood. Sun has been cleared by FINA to race here, but the World Anti-Doping Agency has appealed that decision to the Court of Arbitration for Sport.

King said she wasn't happy with having alleged drug cheats in the same pool. 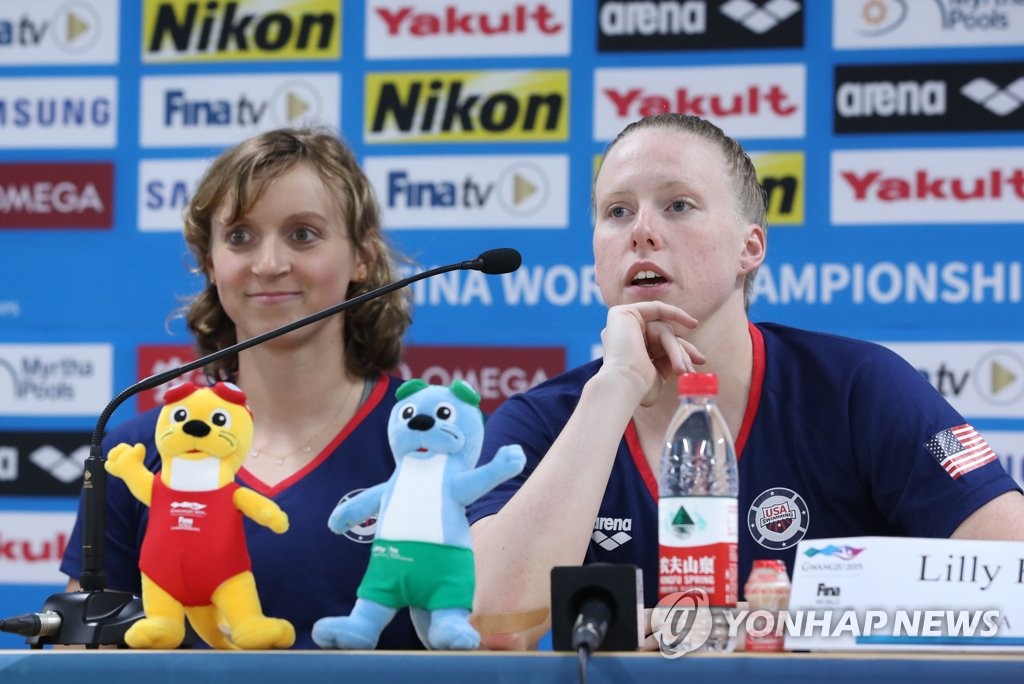 "Personally, I am not really comfortable with doping control because we're saying we're racing dopers at some point," King said at the U.S. team presser. "We shouldn't really have to say that. It's kind of sad."

Asked what needs to be done about doping, King added, "The first thing we can start with is not letting people who smash blood vials in tests compete at meets. That's really sketchy."

King has long been outspoken about doping in swimming. At the 2016 Rio de Janeiro Olympics, King called out Yulia Efimova for her history of doping. King also said U.S. sprinter Justin Gatlin and other athletes with past doping violations shouldn't be on the national team.

Members of the U.S. men's team chimed in later, though they stopped short of firing another verbal salvo at the Chinese.

"I can't control what someone else is putting in their body. I can control what I am doing," said Caeleb Dressel, a seven-time champion at the 2017 worlds. "It's not up to me. I am not the one doing the drug testing. I am keeping the focus on myself."

Dressel said he welcomes all the drug tests because he's never cheated.

"We take a lot of pride in doing things correctly," Dressel said, speaking for the rest of his team. "If (testers) show up 11 at night or six in the morning, I have to welcome them because I know I am doing it clean and I think it's good for the sport. If they want to test me, I'll give them clean urine and clean blood."

Chase Kalisz, a two-time world champion, said it's "ingrained" in his team's culture to do things the clean way.

"We get everything we need from proper nutrition. We eat the right things. We do the right things in training," he said. "In training, you don't see people in the U.S. working with crazy supplements that could possibly be tainted. We're pretty cautious with that." 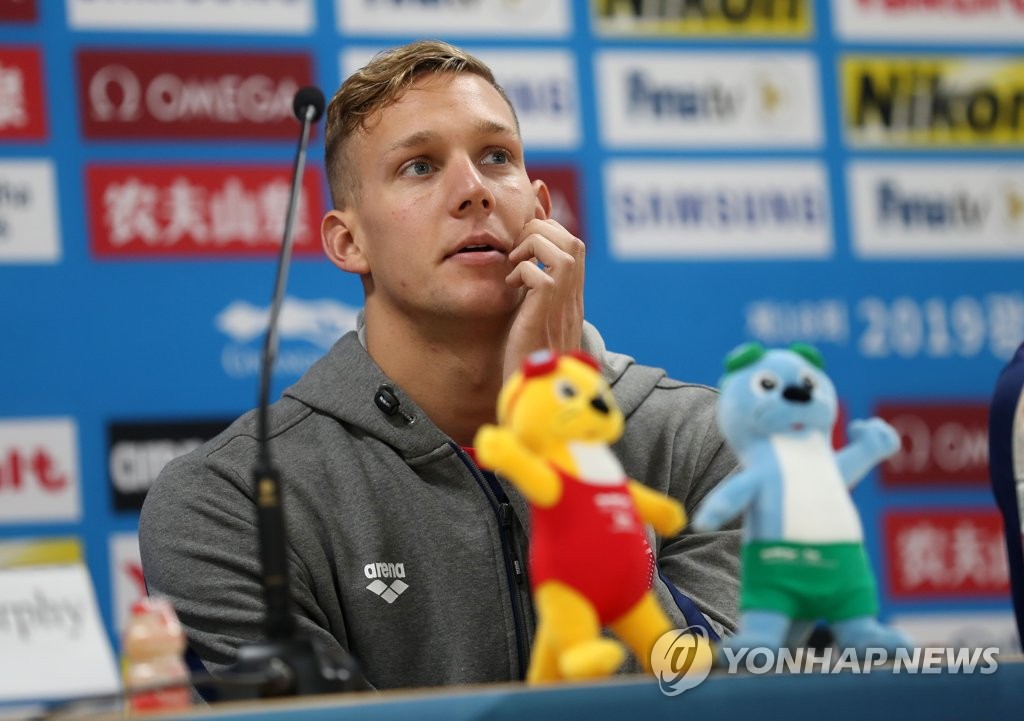 Kalisz recalled growing up around U.S. swimming legend Michael Phelps, who retired with 23 Olympic gold medals and 26 world titles, and how he stayed clean throughout his career.

"He ate normal food and worked hard," Kalisz said. "That's the core of our sport."

U.S. men's head coach Dave Durden said he only wants his athletes to be competing on the level playing field as everyone else.

"I keep my focus on getting these guys to swim as fast as they can and making sure their competition is drug-free and living a clean lifestyle," Durden said. "It's a pretty simple request. Smarter people will figure that out. They owe that to the athletes who work their tails off to have a competition be on a level playing field when it comes to drugs and doping."

Durden said the Americans "respect" the drug testing protocols because they want to set a good example for others.

"When we got to the (athletes') village, some of the athletes were tested within moments of getting their feet on the ground. We respect that because we want that to be the same way for everyone," he said. "We want to be leaders through example in how it's done." 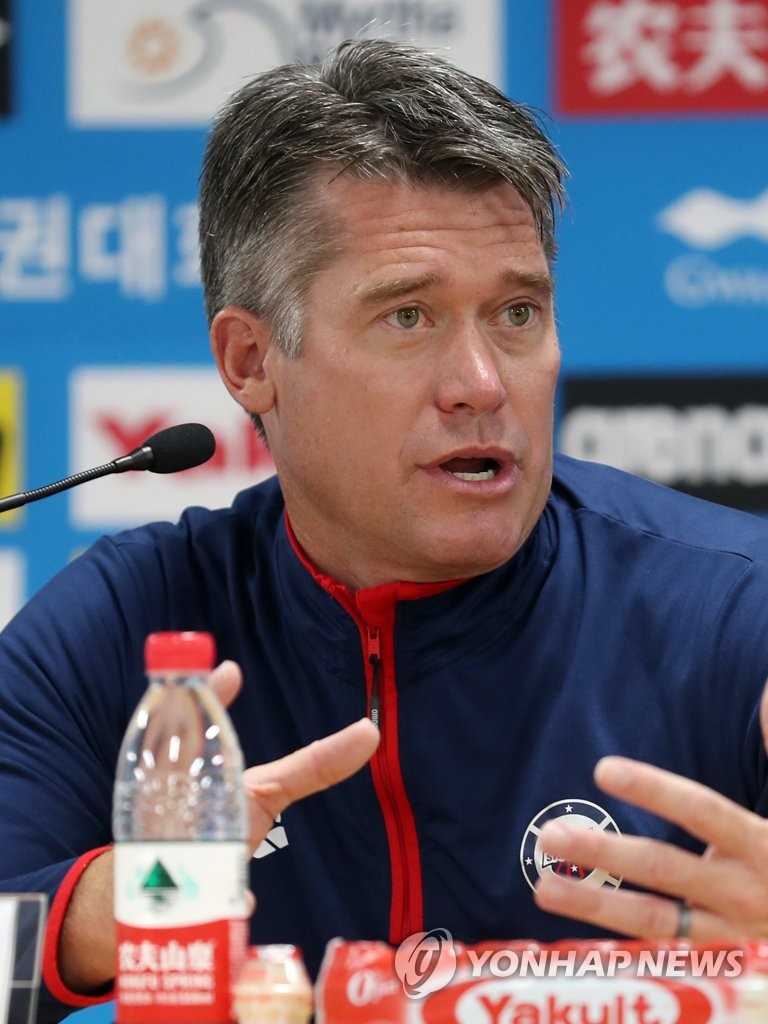