SEOUL, July 19 (Yonhap) -- The manager of the last-place club in South Korea baseball resigned Friday, taking the fall for the team's dismal first half of the season.

The Lotte Giants in the Korea Baseball Organization (KBO) announced that Yang Sang-moon has stepped down as the manager, alongside general manager Lee Yoon-won.

The club said Yang and Lee wanted to shoulder the blame after the Giants ended the first half with the worst record in the 10-team league, at 34-58-2 (wins-losses-ties). The KBO is currently on an All-Star break, and the season will resume next Friday.

Yang took over as the Giants' manager last fall for his second stint with the club, having previously managed them from 2004 to 2005.

They lost 12 of their first 20 games and suffered two seven-game losing streaks, first in May and then in June. They had a six-game slide earlier this month, and now sit 12.5 games out of the fifth and final playoff spot.

The Giants promoted bench coach Kong Pill-sung to interim manager for the rest of the season. 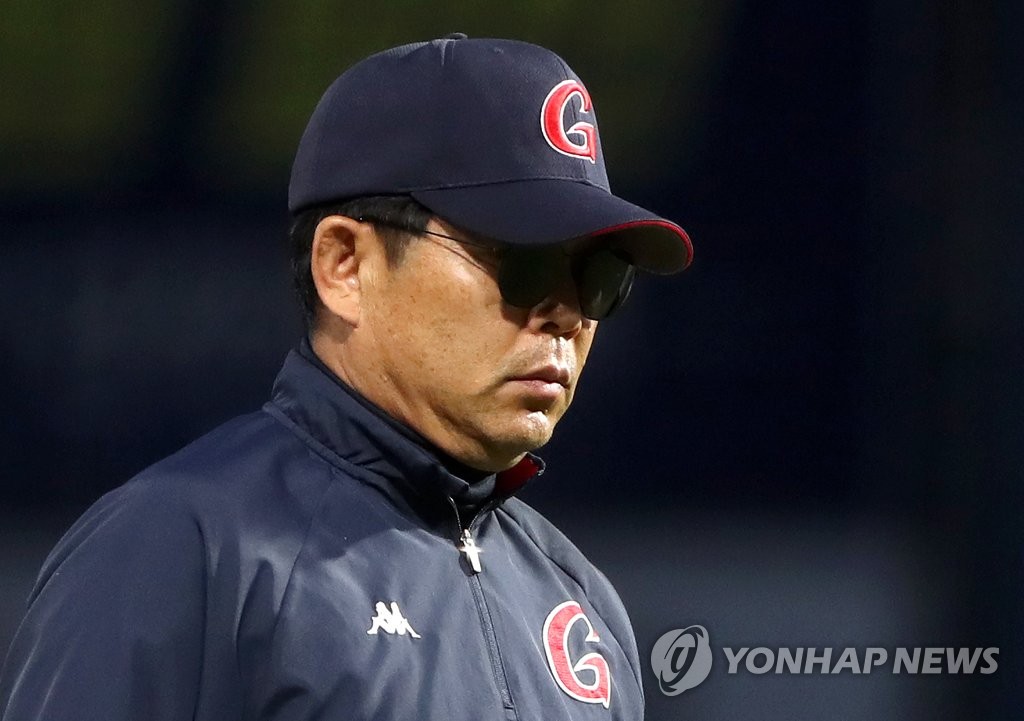