SEOUL, July 31 (Yonhap) -- When it comes to autonomous transportation, self-driving or autonomous cars backed by artificial intelligence, big data and lots of sensors springs to mind.

But the highly touted technology is just not confined to on land or in the air -- autonomous driving is also one of the hot topics in the maritime industry, though it may take years or even decades for the advent of fully automated vessels.

South Korea, hailed as the No. 1 shipbuilder, may be a laggard in the segment but increasingly looks to set sail for the nascent yet promising sector and to catch up to competitors like Europe, according to industry insiders.

"We're already seeing progress in smart ship technology," said Lee Jeong-youl at the Digital Technology Center of the Korean Register, the nation's classification society for ships and offshore structures. "Since not many countries can build high-quality ships, South Korea will eventually get there, but it's a matter of who reaches there first."

Autonomous ship became a buzzword after the International Maritime Organization (IMO) selected maritime autonomous surface ship (MASS) as the term to refer to any autonomous ship in 2017. MASS is defined as a ship that, to a varying degree, can operate independently without human intervention.

Although it is not in the offing that autonomous ships are commonly used in merchant shipping, a few players are nimbly moving ahead, betting on the sector, which MarketandMarkets expects to grow from US$6.1 billion in 2018 to $13.8 billion by 2030. 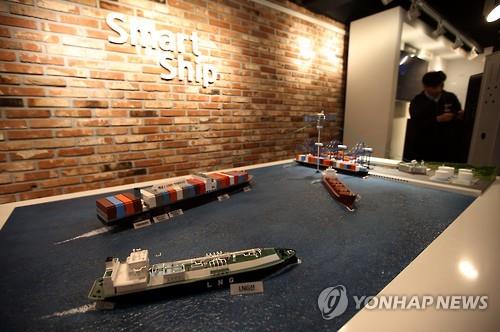 For one, European companies have already proved that autonomous ships are not merely a concept. Last December, British engine maker Rolls-Royce and Finnish state-owned ferry operator Finferries demonstrated the world's first fully autonomous ferry in the archipelago south of the city of Turku, Finland.

"Autonomous ships will change the landscape of the shipping industry and will also have a major impact on various industries, including shipbuilding and insurance," said Hong Sung-in, a researcher at the Korea Institute for Industrial Economics and Trade (KIET).

In South Korea, three major shipbuilders -- Hyundai Heavy Industries Co., Samsung Heavy Industries Co. and Daewoo Shipbuilding & Marine Engineering Co. -- are also racing to the sector, and their current smart ship solutions can meet the first stage of IMO classification of ship autonomy, which refers to ships that have automated processes and receive decision support from seafarers aboard, according to market experts.

However, none have yet to complete systems for remotely controlled ships, a prior stage to fully autonomous ships.

"In addition to a smart ship platform, we're developing technologies for remote inspections and maintenance for self-sailing vessels," a Daewoo Shipbuilding official said. "It may take some time to produce tangible results, but we are fast moving in that direction."

Park Byeol-teo, chief of Seadronix, which is developing an artificial intelligence-powered autonomous ship system, believes that South Korean shipbuilders will thrive in the market.

"What shipbuilders do is design and assemble the parts for the best performance of ships, and considering local shipyards' reputation, I think South Korea can have a competitive edge if they find optimal ways to integrate each technology," he said. 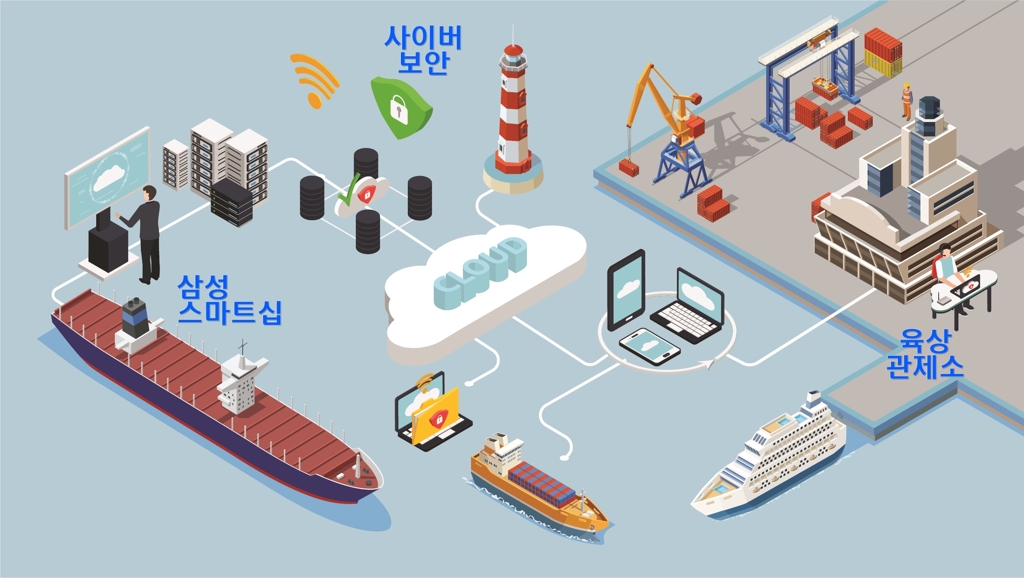 Shipowners are also increasingly paying keen attention to the autonomous ships as they can help reduce crew sizes and make quick and effective decisions.

Kim Young-moo, vice chairman at the Korea Shipowners' Association, says shippers actually welcome autonomous ships, "because they will reduce operation costs, while decreasing accidents on the sea." Recent studies show that autonomous ships may reduce costs by nearly 30 percent, while carrying more cargoe since there will be no seafarers aboard.

Industry insiders said what really matters for the development of autonomous ships is marine equipment and parts.

"They're about how to combine marine equipment with information and communication technologies," said Yu, also a board member of International Marine Electronics Alliance.

"Autonomous ships can be realized with smart docking systems at ports and other maritime facilities," said Lee Yoon-suk, a professor at Korea Maritime & Ocean University in Busan. "Shipbuilders or marine equipment makers can't do those things by themselves."

In January, the Ministry of Ocean and Fisheries unveiled its plan for a so-called "smart marine logistics system," which includes the development of autonomous ships, smart ports and a marine communication system, by 2025.

Last month, South Korea also signed a memorandum of understanding with Norway on the development of autonomous ships.

"We have set 400 billion won (US$337 million) aside for research and development of autonomous ships, and this plan is currently under a preliminary feasibility study," said Lee Jong-ho at the ocean ministry. "Once the plan passes the feasibility study, the six-year project will start in 2020." 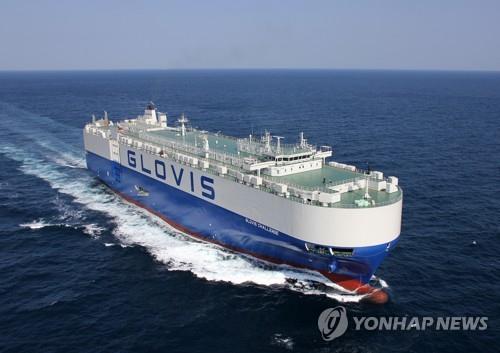