GWANGJU, July 21 (Yonhap) -- When the South Korean men's water polo players saw the word "Kazakhstan" next to their team in the bracket for the classification round at the ongoing world championships, they thought they were going up against a team they could fight on equal terms.

But the reality was far harsher, as Kazakhstan handily defeated South Korea 17-4 in the 13th-16th place semifinals on Sunday at the FINA World Championships.

The loss sent South Korea to the 15th place game on Tuesday against New Zealand. 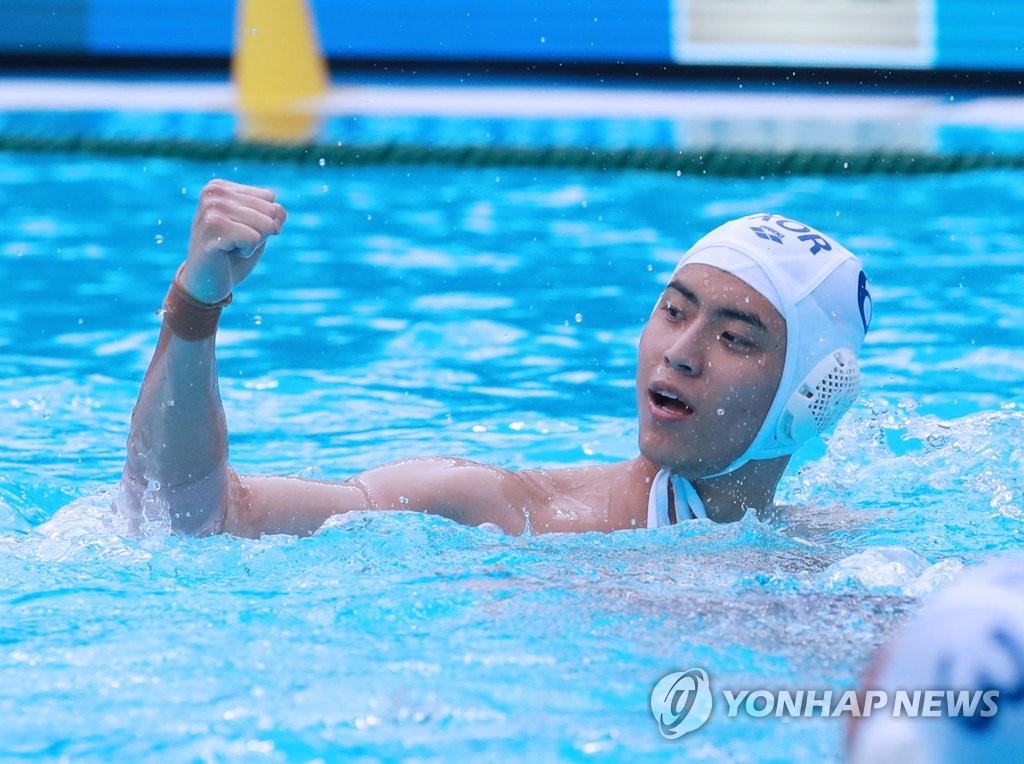 South Korea lost all three Group A matches against Serbia, Greece and Montenegro, all of whom finished in the top five at the 2017 world championships. Kazakhstan had likewise dropped all three matches in Group B against Croatia, the United States and Australia. With Europe being the dominant force, the thinking in the Korean camp was that they could, at worst, be competitive against another Asian team in the form of Kazakhstan.

The game was close enough in the early going, and South Korea only trailed 5-3 early in the second quarter after a goal by Lee Seong-gyu. But South Korea didn't score again until 5:17 left in the fourth quarter, allowing Kazakhstan to score 10 unanswered goals.

Lee said after the loss that South Korea was overpowered in every aspect.

"We thought we were finally facing a team that we could battle, but I think our lack of international experience showed today," he said. South Korea is competing at the world championships for the first time here after getting its spot as the host nation.

"We mostly played intrasquad games and other local teams in preparation, but you have to face other countries to figure out their style of play and strategies," Lee said. "Whether it was strategies or strength, we got beat today." 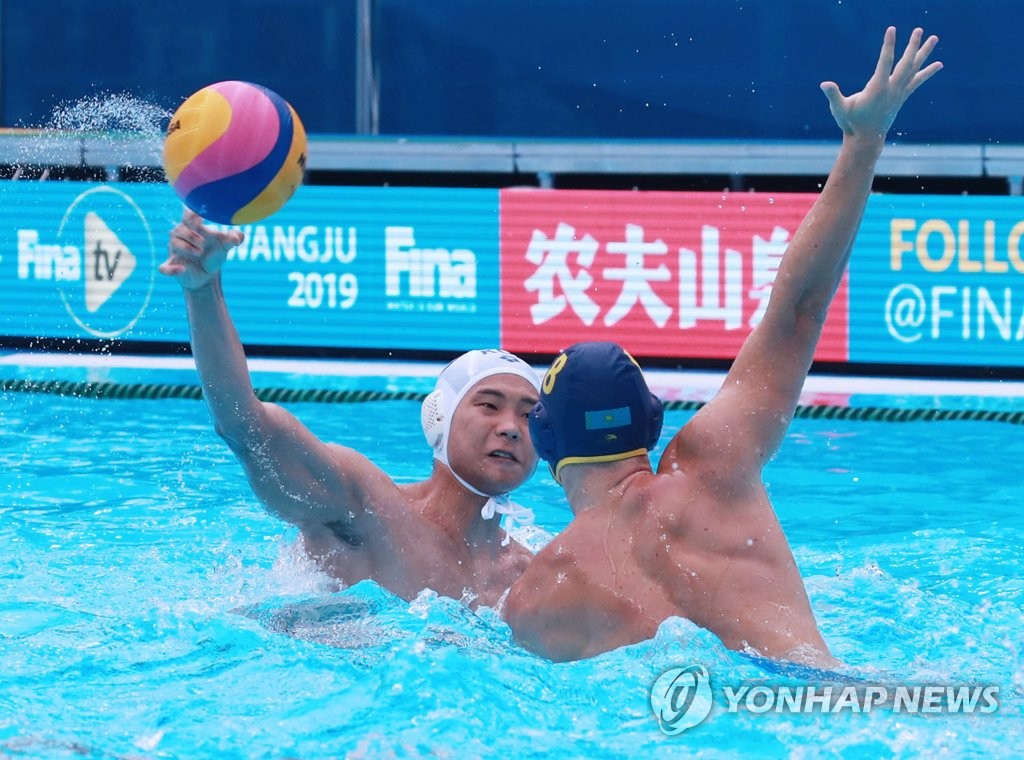 South Korea will try to close out the tournament on a happier note in the final consolation match Tuesday. The team's goal all along has been to get one victory in Gwangju, and the game against New Zealand will be the last chance to do so.

"We all understand playing these games will only help us grow as players," he said. "Some guys are playing hurt, and no one is complaining because we enjoy being at our first world championships."

The goalkeeper said even if South Korea can't pull out a victory in the final game, the players will try to at least put on a show for the fans.

"We want to play a closer game and score a bunch of goals for our fans," Lee added. "Hopefully they will take more interest in water polo." 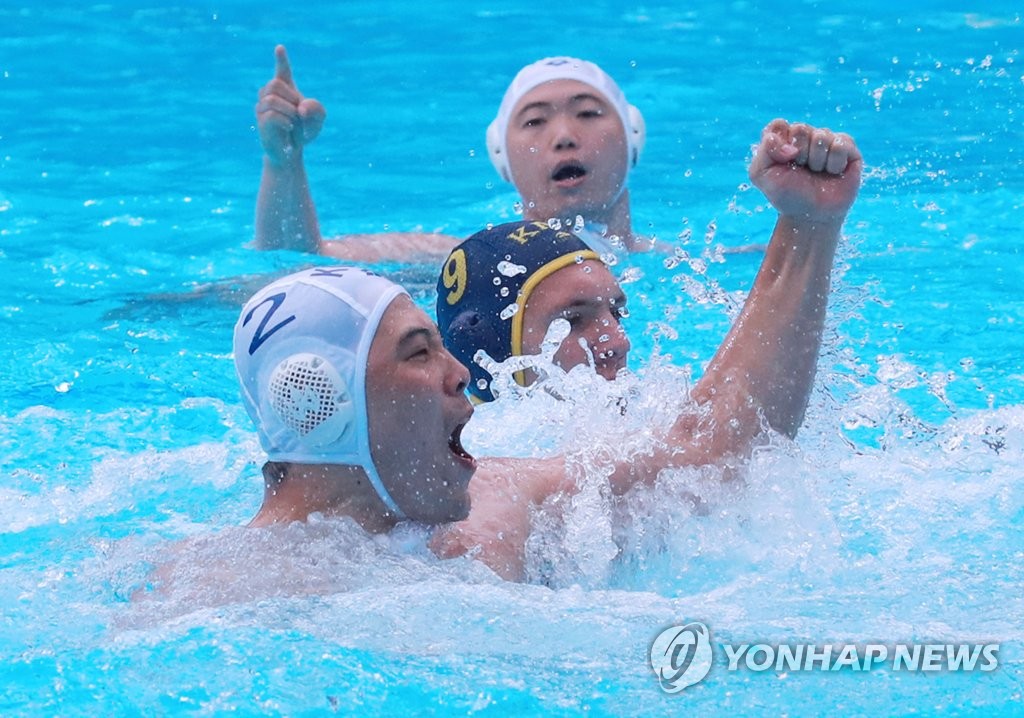