During the five-day stay in Washington, Yoo will meet with officials from the U.S. government and Congress and explain South Korea's stance on the recent export restrictions by Tokyo, according to her ministry.

Korea has stepped up diplomatic efforts to win international support in the trade spat with Japan that has sent bilateral ties to the lowest point in years.

On July 4, Tokyo began to tighten its control on exports to South Korea of key tech materials used to produce semiconductors and display panels in apparent retaliation for South Korean court rulings on wartime forced labor.

The trade ministry said earlier in the day that it will send a deputy minister to a meeting of the World Trade Organization (WTO) General Council this week to tell the international community that Tokyo's export curbs against Seoul run counter to international rules and that it should retract the measures immediately.

Kim Seung-ho, deputy minister for multilateral and legal affairs at the Ministry of Trade, Industry and Energy, will attend the WTO meeting on Tuesday (local time) in Geneva, Switzerland, where representatives of 164 member countries will gather to discuss the latest global trade issues.

At the request of Seoul, the issue of Japan's tough regulation has been named a formal agenda item for the General Council, the highest decision-making body of the WTO next to the biannual Ministerial Conference, according to the ministry.

At the gathering, Kim plans to point out that Japan's latest trade restrictions do not comply with the WTO's regulations, and he will ask other countries to assist efforts to call for Tokyo to retract the measure, which could have a major impact on global supply chains.

"We plan to emphasize that Japan's measures do not fall in line with the spirit of the WTO and possibly violate its agreement," a trade ministry official said, adding one of its major goals at the meeting is to win other countries' support on its stance against the neighbor's export restriction.

Diplomatic and economic tensions are escalating between Seoul and Tokyo, and Japan is widely expected to expand the curbs to other areas soon.

Japan is threatening to remove South Korea from a "whitelist" of trusted importers, which will have a far-reaching impact on Asia's fourth-largest economy.

The delisting, which could affect some 1,000 items, would require Japanese companies to apply for an individual license to export items to South Korea, a move that could delay or disrupt the supply of such materials.

In an attempt to justify further export restrictions, Japan has claimed that South Korea is inadequate and loose in its management of export controls, a charge dismissed by Seoul.

The ministry has asked Japan to hold director-level talks by Wednesday to help resolve the trade dispute, but Tokyo has kept mum on the request.

The South Korean government earlier said it has started a legal review of the plan to file a complaint with the WTO about Japan's export restriction, although it has not yet decided on a detailed schedule. 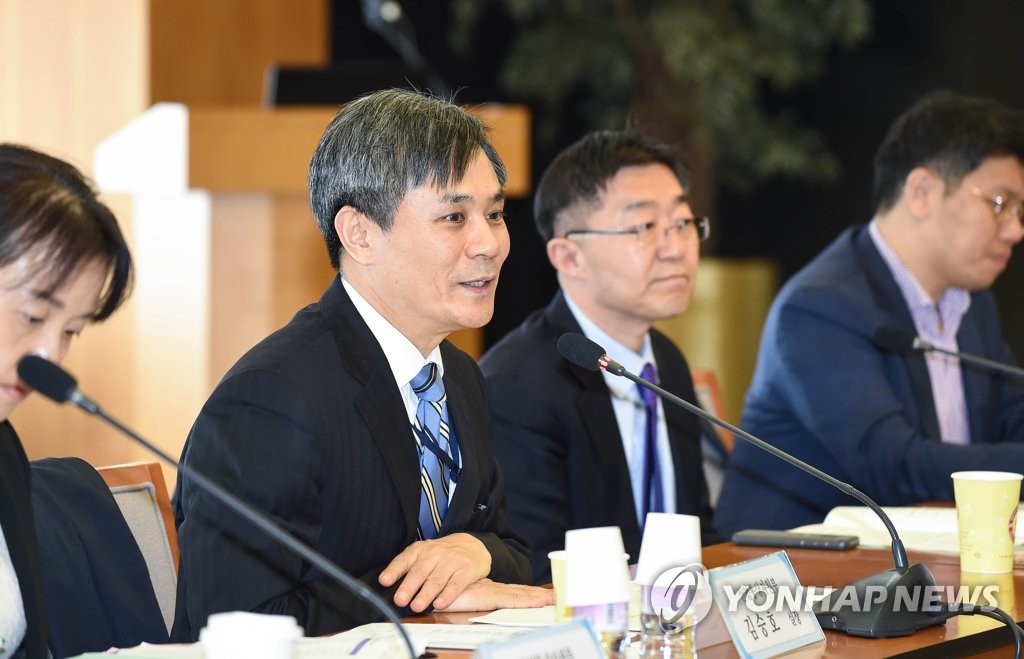 (3rd LD) Trade minister to visit U.S. as Seoul works to ramp up int'l support over dispute with Tokyo

(3rd LD) Trade minister to visit U.S. as Seoul works to ramp up int'l support over dispute with Tokyo